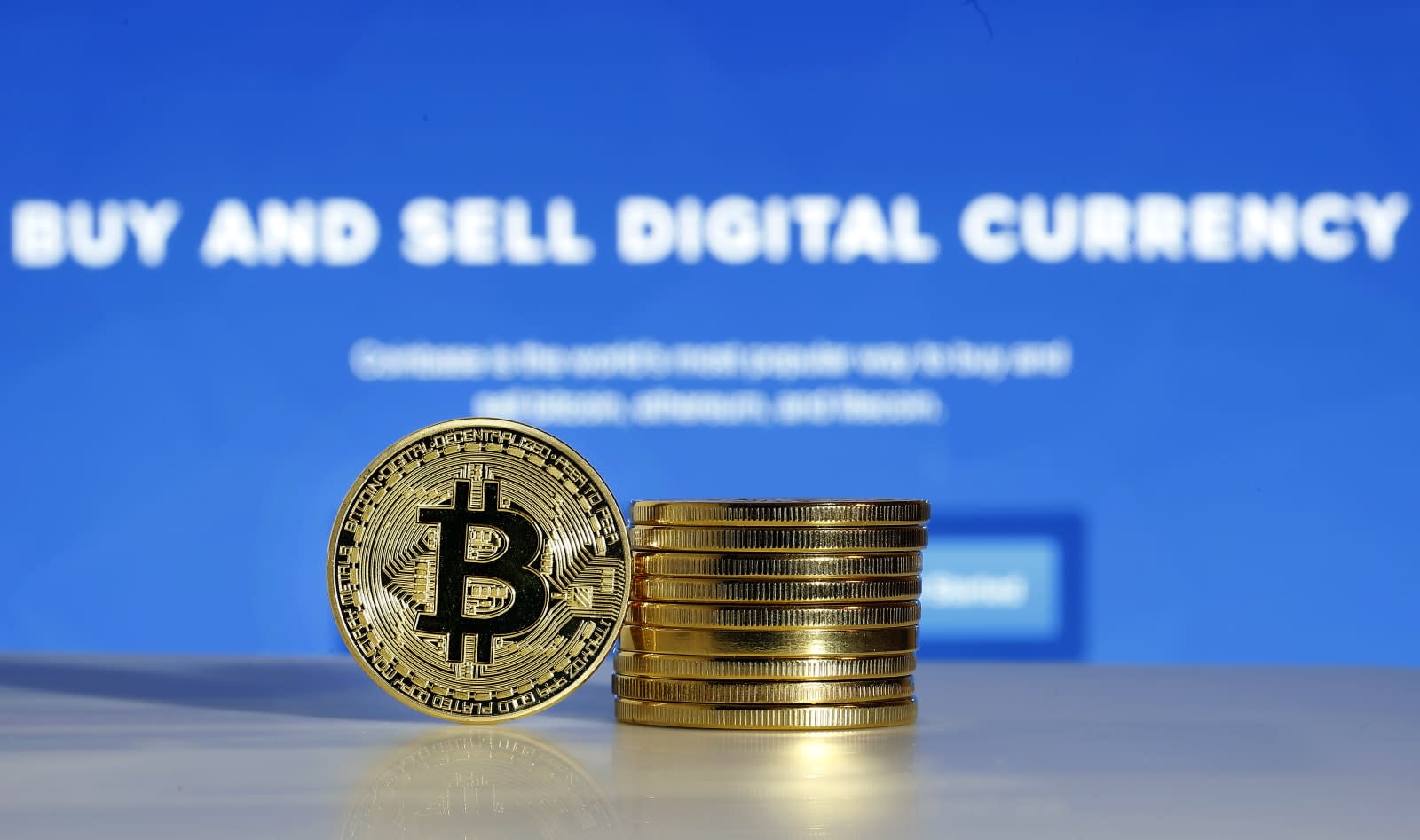 A number of Coinbase customers found themselves hit with duplicate charges for a single card-based purchase over the past few days. Some even reported losing tens of thousands after being charged 17, even 50, times. In a blog post updating customers about the situation, the cryptocurrency exchange has promised to "ensure that each affected customer will be refunded in full for any erroneous charge." The company said that after conducting an internal investigation, it has determined that the problem was a result of Visa reversing and then recharging transactions. As you know, it usually takes a while for both debit and credit card refunds to show up.

In a tweet elaborating on the results of its investigation, Coinbase said that Visa payments on its website glitched, because the credit card network has changed the Merchant Category Code (MCC) for digital currency purchases. The new code apparently allows credit card providers to treat cryptocurrency buys as "cash advance" in order to charge additional fees. A Coinbase staff member revealed the code change in a Reddit post in early February, shortly before a bunch of banks decided to ban digital coin purchases using credit cards. The banks cited cryptocurrency's volatile nature and the risks associated with it as the reason behind the ban.

Visa, however, denied that it's to blame for the incidents. Its official statement published by CNET reads:

"Visa has not made any systems changes that would result in the duplicate transactions that are being reported. We are also not aware of any other merchants who are experiencing this issue. We are reaching out to this merchant's acquiring financial institution to offer assistance and to ensure cardholders are protected from unauthorized transactions."

Regardless of who's at fault, Coinbase VP Dan Romero said it's "working closely with Visa to ensure affected customers are being refunded as soon as possible." The company will also contact customers who made transactions over the past few weeks to make sure they check their banks and CC statements. On Twitter, the exchange revealed that it's working with major credit card networks to create a brand new MCC for cryptocurrency purchases -- one that won't charge customers additional cash advance fees.

4/ If you have been affected by any erroneous charges associated with purchases of digital currency with credit and debit cards, we are encouraging customers to contact their bank or card issuer and ask about the charges. In addition, please contact Coinbase support.

Update (February 17, 2018): A Visa spokesperson has reached out and stressed that the payment system has not changed the MCC classification of digital coin purchases. Further, the spokesperson clarified that Visa does not reverse or recharge transactions. That's not part of Visa's role -- all transactions are processed by card issuers, which are financial institutions like banks.

Coinbase and its payment processing partner WorldPay have also issued an update about the situation (emphasis ours):

"Over the last two days, some customers who used a credit or debit card at Coinbase may have seen duplicate transactions posted to their cardholder accounts.

This issue was not caused by Coinbase.Worldpay and Coinbase have been working with Visa and Visa issuing banks to ensure that the duplicate transactions have been reversed and appropriate credits have been posted to cardholder accounts. All reversal transactions have now been issued, and should appear on customers' credit card and debit card accounts within the next few days. We believe the majority of these reversals have already posted to accounts. If you continue to have problems with your credit or debit card account after this reversal period, including issues relating to card fees or charges, we encourage you to contact your card issuing bank.

We deeply regret any inconvenience this may have caused customers."

In this article: Coinbase, cryptocurrency, gear, internet, visa
All products recommended by Engadget are selected by our editorial team, independent of our parent company. Some of our stories include affiliate links. If you buy something through one of these links, we may earn an affiliate commission.