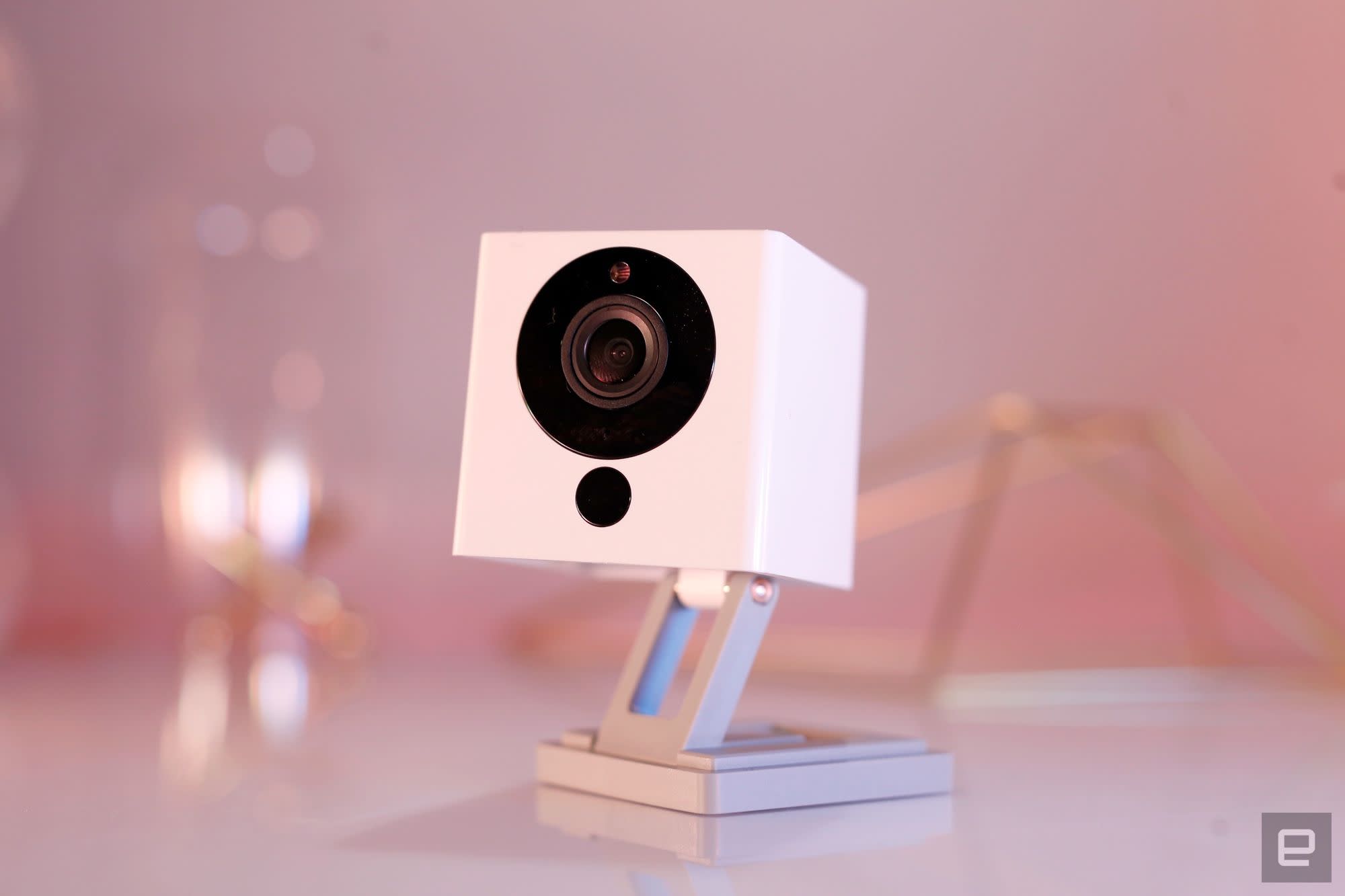 That the $20 WyzeCam worked as well as it did is still kind of a surprise. It's no wonder then that the Amazon alums who created it have been working on a sequel: the WyzeCam v2. It'll still cost $20 when it starts shipping at the end of February, but don't let yourself be fooled by its almost-unchanged design — version 2 packs a handful of handy extras.

For one, there's an improved CMOS sensor inside that matte white body, which should help produce crisper images in your 1080p live feed — even when using the WyzeCam in night vision mode. Sound quality should be better too, thanks to a more powerful amplifier and an audio chip tweaked to better resist interference.

The WyzeCam 2's real value, however, lies in its improved intelligence. Unlike the original, version 2 can highlight people and objects moving in front of the camera -- with the first model, you'd get a motion alert and have to sit through motion-triggered clips to figure out what was happening. That's not necessarily a bad thing, but consider my setup: I still have a WyzeCam facing out over my desk at the Engadget office to make sure random Oath employees don't come over and fiddle with our treasure trove of gadgets. With the original model, I'd have to watch a clip to see if someone was actually at my desk, or just walking down a corridor behind me. WyzeCam 2, meanwhile, will highlight those people with a color so I could more quickly spot false positives.

Still other features will come over time. After all, Wyze team's M.O. from the outset was to push out cheap, effective hardware and augment it with software improvements, and that hasn't changed here. We're told that a firmware update coming in March will allow the WyzeCam to work with IFTTT applets and provide limited support for Alexa. You won't be able to issue commands to a WyzeCam through one of Amazon's speaker tubes, but you can view the live feed from a WyzeCam on devices like the Echo Show and Spot. For now, it's unclear when — or even if — such features will be made available on the original WyzeCam, but at $20 a pop, the prospect of swapping out your entire collection shouldn't be too expensive.

In this article: camera, cameras, gear, smarthome, wyzecam, wyzelabs
All products recommended by Engadget are selected by our editorial team, independent of our parent company. Some of our stories include affiliate links. If you buy something through one of these links, we may earn an affiliate commission.