The company now has more than 40 device makers and carriers onboard with the protocol.

Google has supported Rich Communication Services (RCS) for a while now, hoping to bring features like group chat, high-res photo sharing and read receipts to all Android users. The company made a big push to expand RCS support on Android last year, and carriers have been slowly adopting the standard and preloading Android Messages to the standard app load out. Now, Google says that it's convinced 43 carriers and device makers to add native support for the messaging protocol. 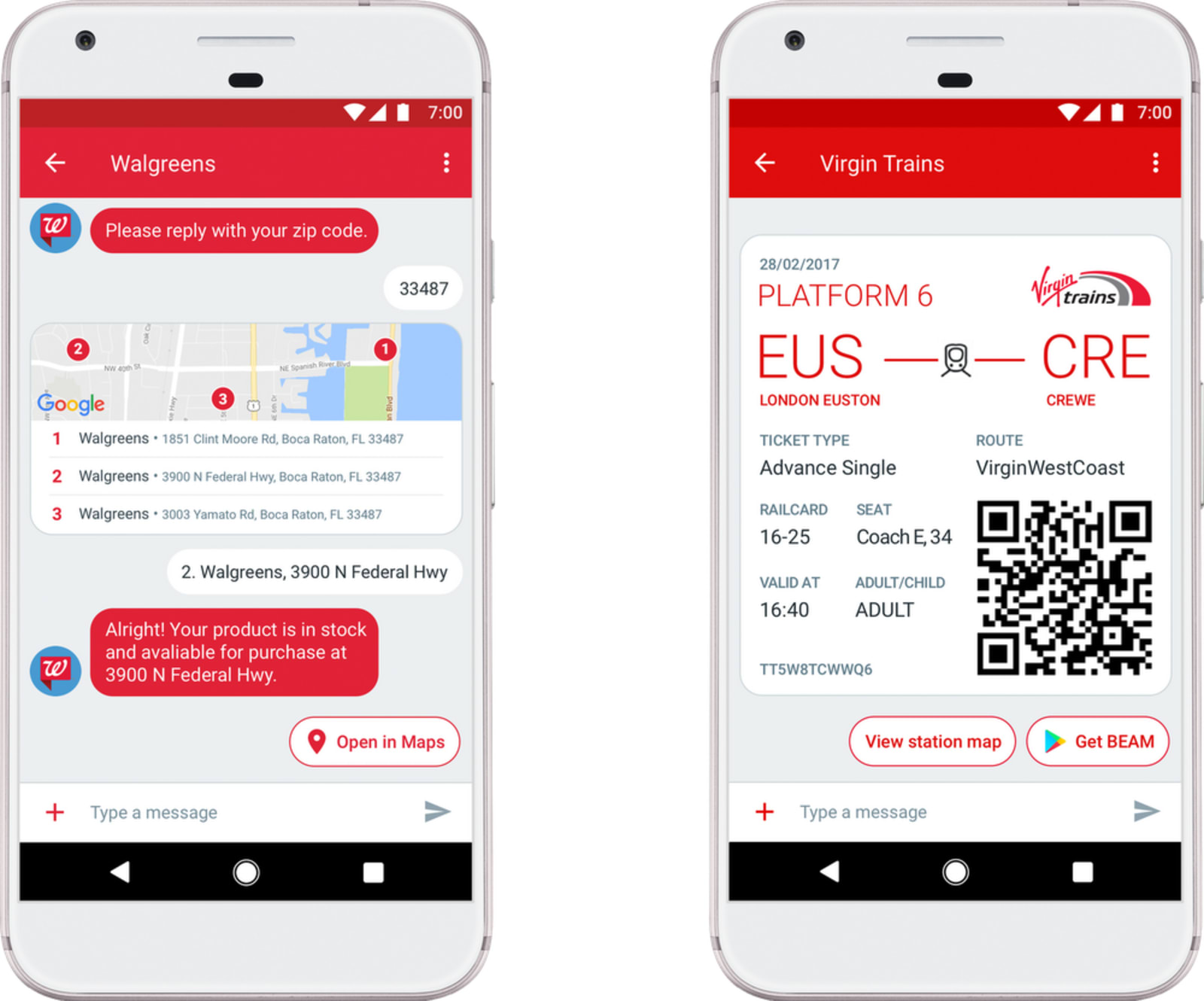 The widespread adoption of RCS will likely help Google compete with Apple's iMessage, which has had similar features for a long time. As TechCrunch notes, Google is now pushing the business uses of RCS, which enables companies to send messages with things like boarding passes, financial fraud alerts and package notifications. The RCS standard can also allow suggested response buttons, like "Open in Maps" to find a nearby Walgreens or "View station map" from Virgin Trains.

Google is partnering with Sprint, 1-800 Contacts, 1-800 Flowers.com, Booking.com, SnapTravel and Subway to bring RCS messaging to their customers, as well as with messaging companies like Smooch and Twilio. Google has also connected with Telcel in Mexico to do the same with various companies and services there, including DHL Mexico, Secretaria de Salud and Airmovil.