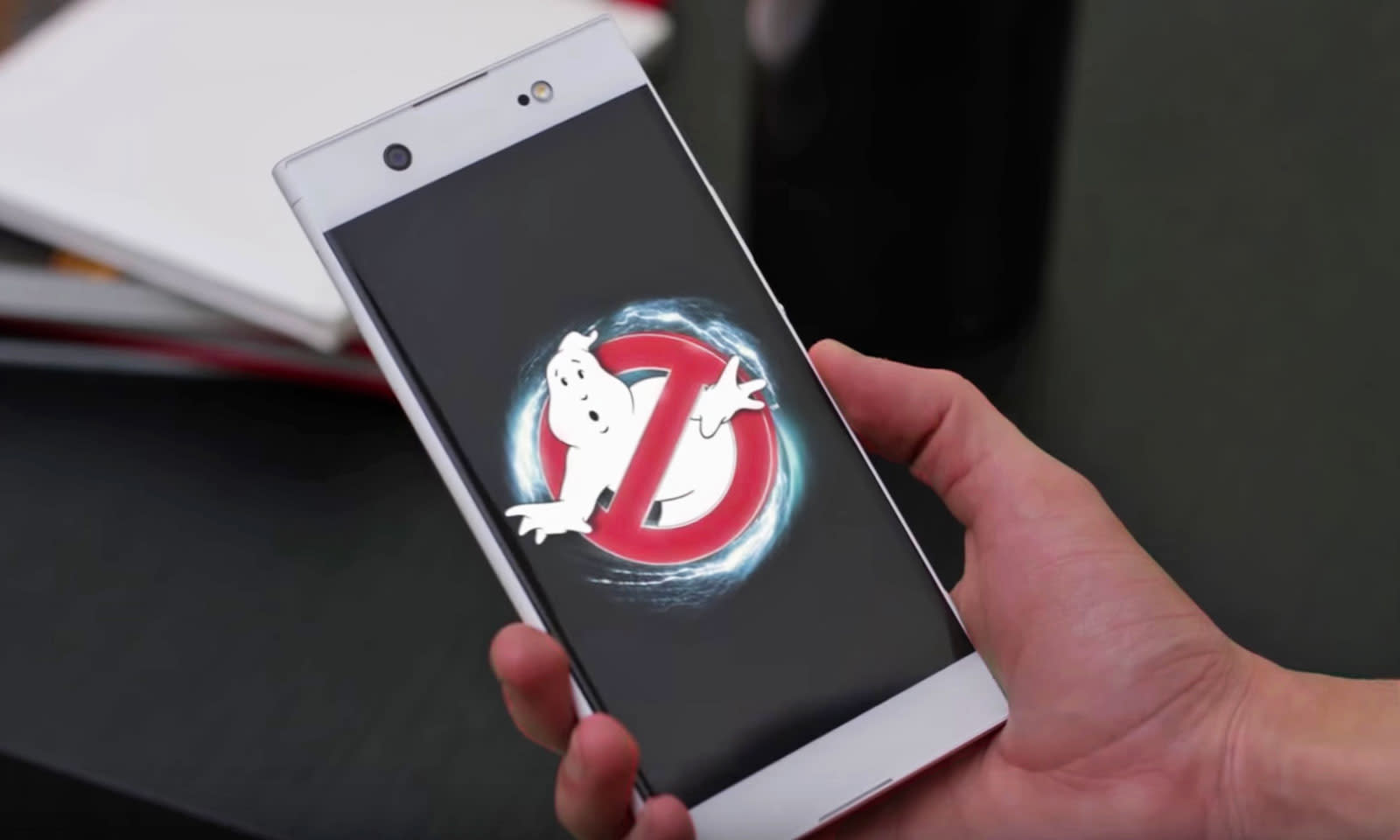 Using AR to promote movies isn't entirely new. We've already seen official movie tie-in augmented reality apps for Spider-Man: Homecoming and the Jon Hamm vehicle, Marjorie. Now, though, Sony Pictures is taking things a bit farther with Ghostbusters World, a mobile AR game based on the popular film, television and comic book franchise. The title is currently in development with 4:33 Creative Lab and should launch sometime this year on iOS and Android.

Sony's announcement comes just as Google released more information on its own official augmented reality toolkit for Android developers, ARCore 1.0. Similar to Apple's own ARKit, Google's version provides a framework to allow app makers bring virtual objects into the real world via compatible phones. Ghostbusters World will apparently get you out and about, battling and capturing hundreds of ghosts, Pokemon Go-style. The ghosts will come from all the different Ghostbusters media, including films, TV shows theme parks and video games.

"The Ghostbusters universe is rich in characters and Ghostbusters World is the perfect medium to get to know these characters in a whole new dimension," said the original film's director, Ivan Reitman, in a statement.

In this article: gaming, ghostbusters, ghostcorp, google, gostbustersworld, mobile, sony, video
All products recommended by Engadget are selected by our editorial team, independent of our parent company. Some of our stories include affiliate links. If you buy something through one of these links, we may earn an affiliate commission.