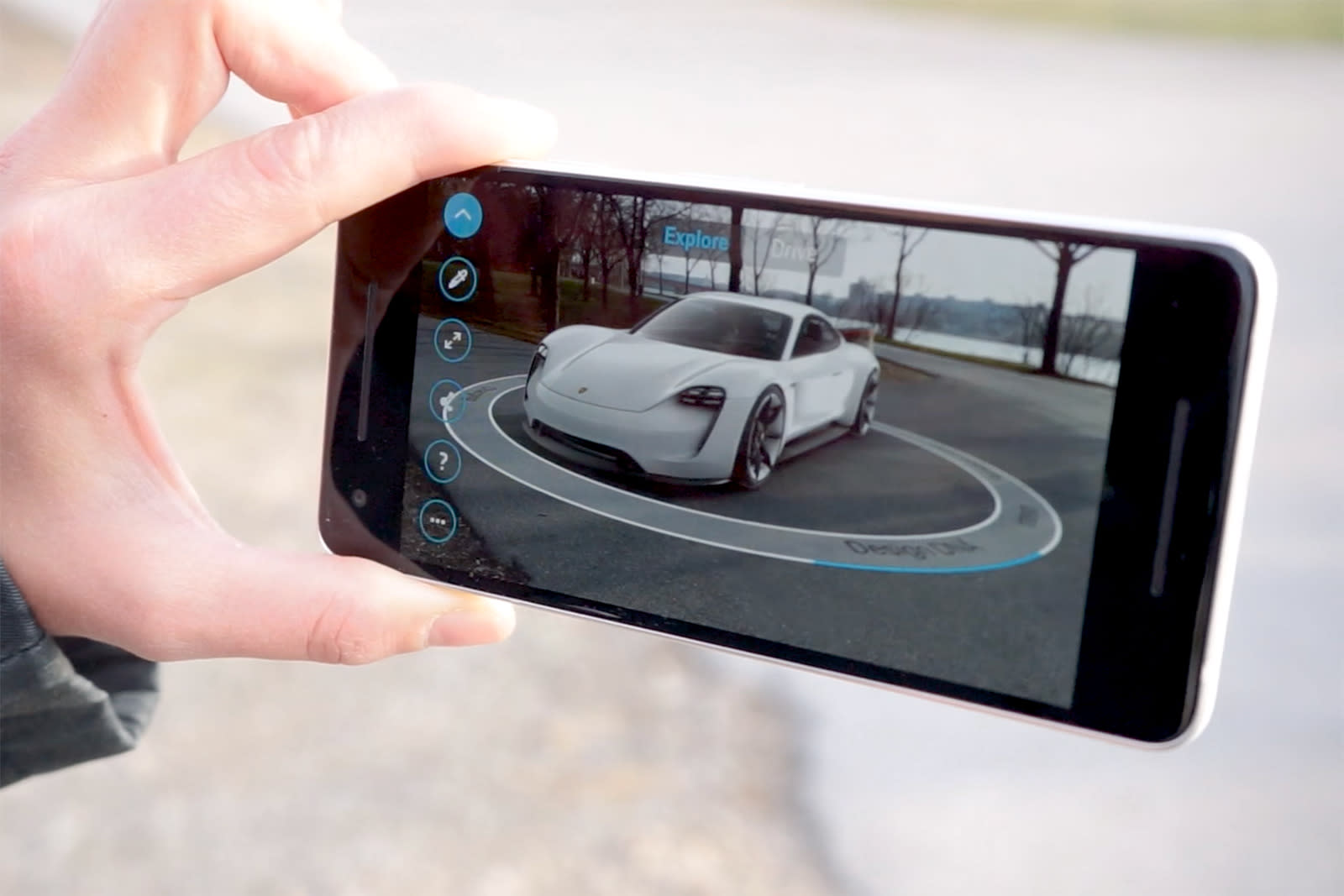 Google's take on a mobile augmented reality framework is no longer limited to a modestly-sized preview. It just released ARCore 1.0, letting anyone publish Android apps that take advantage of the toolkit to meld virtual objects with the real world. To no one's surprise, Google has already lined up apps from big-name brands to take advantage of the new platform. Snapchat has an AR "portal" that takes you inside FC Barcelona's Camp Nou stadium, while Porsche lets you explore the Mission E Concept as if it were parked in front of you. A number of games (such as Ghostbusters World and a range of titles from NetEase) and home furnishing apps (Sotheby's, JD.com, Easyhome and Otto) are also on tap.

There is one catch, and it's a significant one: you need a compatible phone. The 13 devices that support ARCore right now are common devices like Google's Pixel phones, Samsung's Galaxy S7/S8/Note 8 lines, LG's V30, ASUS' Zenfone AR and the OnePlus 5, but you're out of luck if you have anything else. It will get better, though. Google is teaming with these and other brands (including Huawei, Motorola, Nokia, Sony, Vivo and ZTE) to bring ARCore support to their upcoming handsets.

On top of this, Google is promising a few upgrades to Lens... most notably, the chance that you can actually use it. The AR-based discovery feature will soon roll out to anyone using Google Photos in English, whether you're using Android or iOS. At the same time, you'll see Lens appear in Google Assistant on phones from Huawei, LG, Motorola, Nokia, Samsung and Sony. The AI-guided image recognition should receive its own boost, with better recognition for living creatures like dog breeds and flowers.

The ARCore launch is particularly important for Google. It's widely considered the company's direct answer to Apple's ARKit, with a similar ability to convincingly place objects without needing special sensors or custom software. If Android didn't have a ready-to-go AR platform, there was a chance Apple might dominate the category. We've already seen apps where clever AR features were iOS-exclusive simply because ARKit was the only standardized framework available. This levels the playing field, and that's good news for AR apps as a whole -- creators may be more likely to support the technology knowing they can bring it to a wide range of devices without having to write elaborate code.

In this article: android, arcore, augmentedreality, easyhome, gear, ghostbusters, google, internet, jd, mobile, mwc2018, netease, otto, porsche, sdk, smartphone, snap, snapchat
All products recommended by Engadget are selected by our editorial team, independent of our parent company. Some of our stories include affiliate links. If you buy something through one of these links, we may earn an affiliate commission.