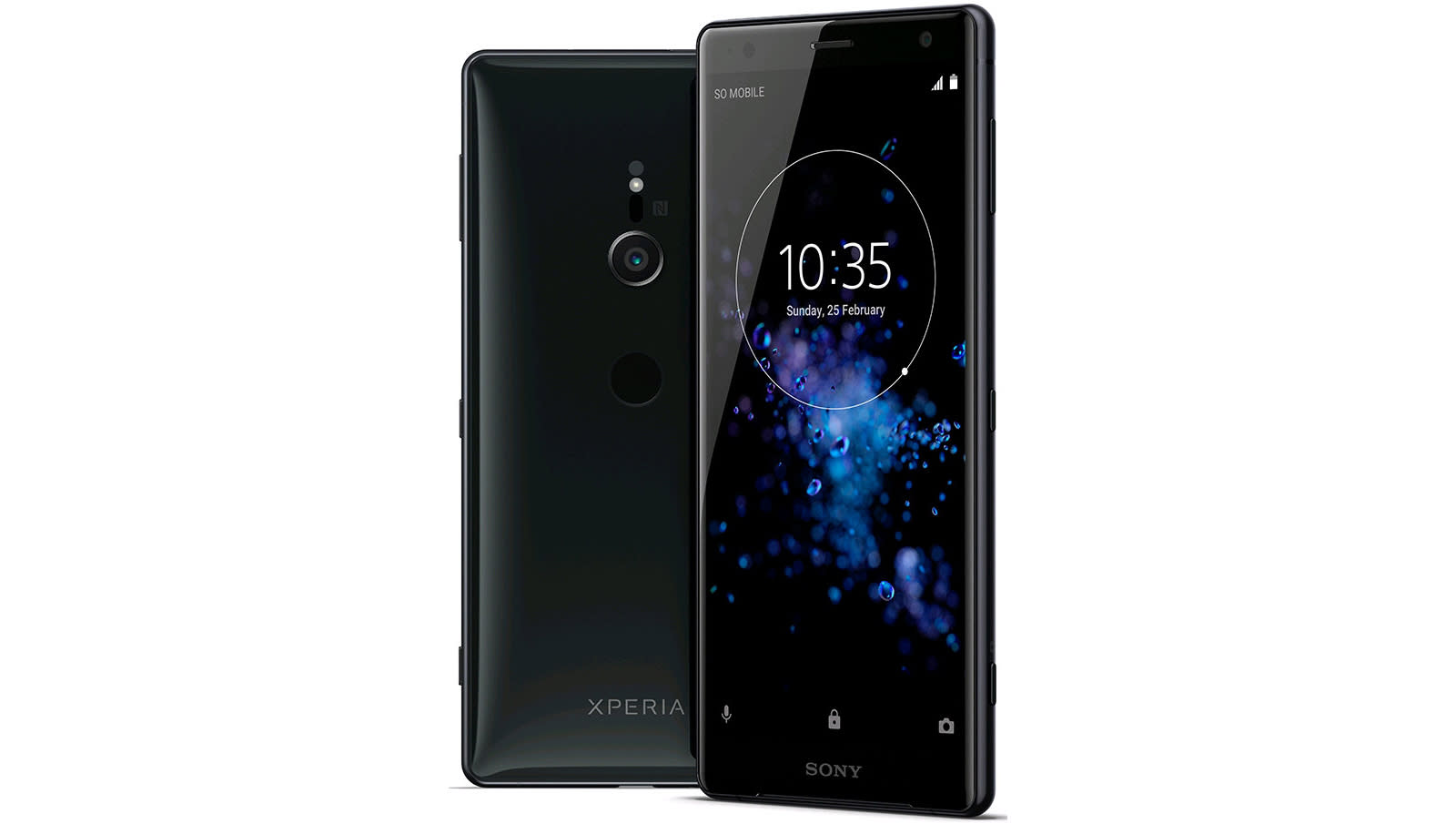 Sony's phones have looked largely the same for years now, but that's apparently about to change. The electronics company has redesigned its flagship phone to be full screen. Venture Beat has pictures and descriptions of the Xperia XZ2 and XZ2 Compact, which will be revealed at MWC 2018.

The two phones appear to be mostly similar, other than their different sizes. The XZ2 boasts a 5.7-inch screen, while the compact version measures at 5.0 inches. They both are powered by Qualcomm's Snapdragon 845 (reportedly the same chip in the Samsung Galaxy S9) and run on Android 8.0.0 Oreo.

The XZ2 will come in four different colors -- silver, pink, black and green -- and has 3D glass on both sides, attached to an aluminum frame. The XZ2 comes in a glossy finish, while the XZ2 compact sports a a non-scratch polycarbonate finish. Both phones have Gorilla Glass 5 protecting their full-HD LCDs.

According to Venture Beat, the 19-megapixel camera on the back is the same as is found on the XZ Premium and the back of the phone also boasts a fingerprint scanner. The XZ2 is capable of wireless charging, with a 3180 mAh battery; the XZ2 compact only supports wired charging, however, and its battery is 2870 mAh.

These phones will officially be revealed on Sunday at MWC 2018, which is when we'll learn pricing and other details. They'll likely be available sometime in March.

In this article: gear, mobile, mwc2018, sony, xperia, xperiaxz2
All products recommended by Engadget are selected by our editorial team, independent of our parent company. Some of our stories include affiliate links. If you buy something through one of these links, we may earn an affiliate commission.