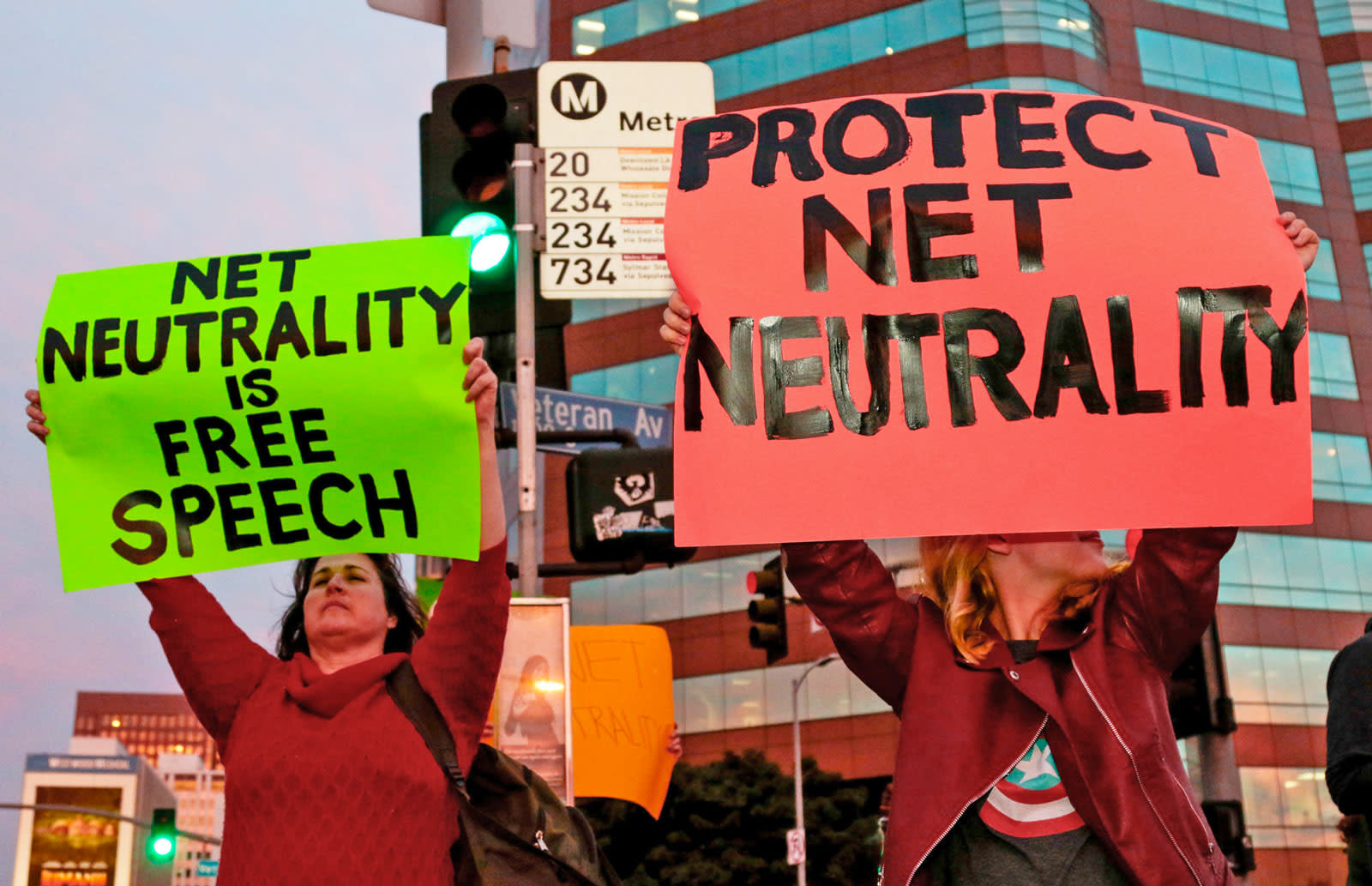 Last week, the FCC officially published its net neutrality rollback plans, which were voted on back in December. Today, the next stage of the battle begins. Senator Edward J. Markey (D-Mass.) has introduced his Congressional Review Act "resolution of disapproval" that would begin the process of undoing the FCC's vote.

Today, we are officially introducing the CRA resolution, which would reverse the @FCC's actions and restore #NetNeutrality.

And when we take this vote on the Senate floor, every one of my colleagues will have to answer this simple question: Whose side are you on? #OneMoreVote

Senator Markey has been working on this since the FCC voted to roll back the net neutrality protections that were voted into effect back in 2015. And since mid-January, the appeal has had the support of all 49 Democrats in the Senate as well as Republican Susan Collins of Maine. But the bill needs one more vote to break a potential Senate tiebreaker which would then be voted on (and certainly rejected) by Vice President Mike Pence.

With last week's official introduction of the FCC's new rules, the Senate had 60 days to vote on Markey's CRA -- if he can't get a majority by April 23rd, the rules will officially change. Even if the required 51 Senators come on board, the bill will still have to pass through the House of Representatives and survive a veto from the president, so this fight is far from over. (For more on the CRA process, this write-up from the New York Times is a worthwhile read.) But even getting 51 Senators to agree on the CRA would also be a bit of a victory, as any stalling would help raise awareness around the country around the FCC's plans. If awareness leads to pressure on the House of Representatives, all the better -- and it could turn net neutrality into a major issue in the 2018 elections this fall.

In this article: ajitpai, edwardmarkey, fcc, internet, netneutrality, senate, vote, hidden:vv_3x4:f1394df8-c485-3525-b6fd-0ae2e910a287, hidden:vv_16x09:87e332a9-8410-3b5b-8aff-6c764f9300b9
All products recommended by Engadget are selected by our editorial team, independent of our parent company. Some of our stories include affiliate links. If you buy something through one of these links, we may earn an affiliate commission.