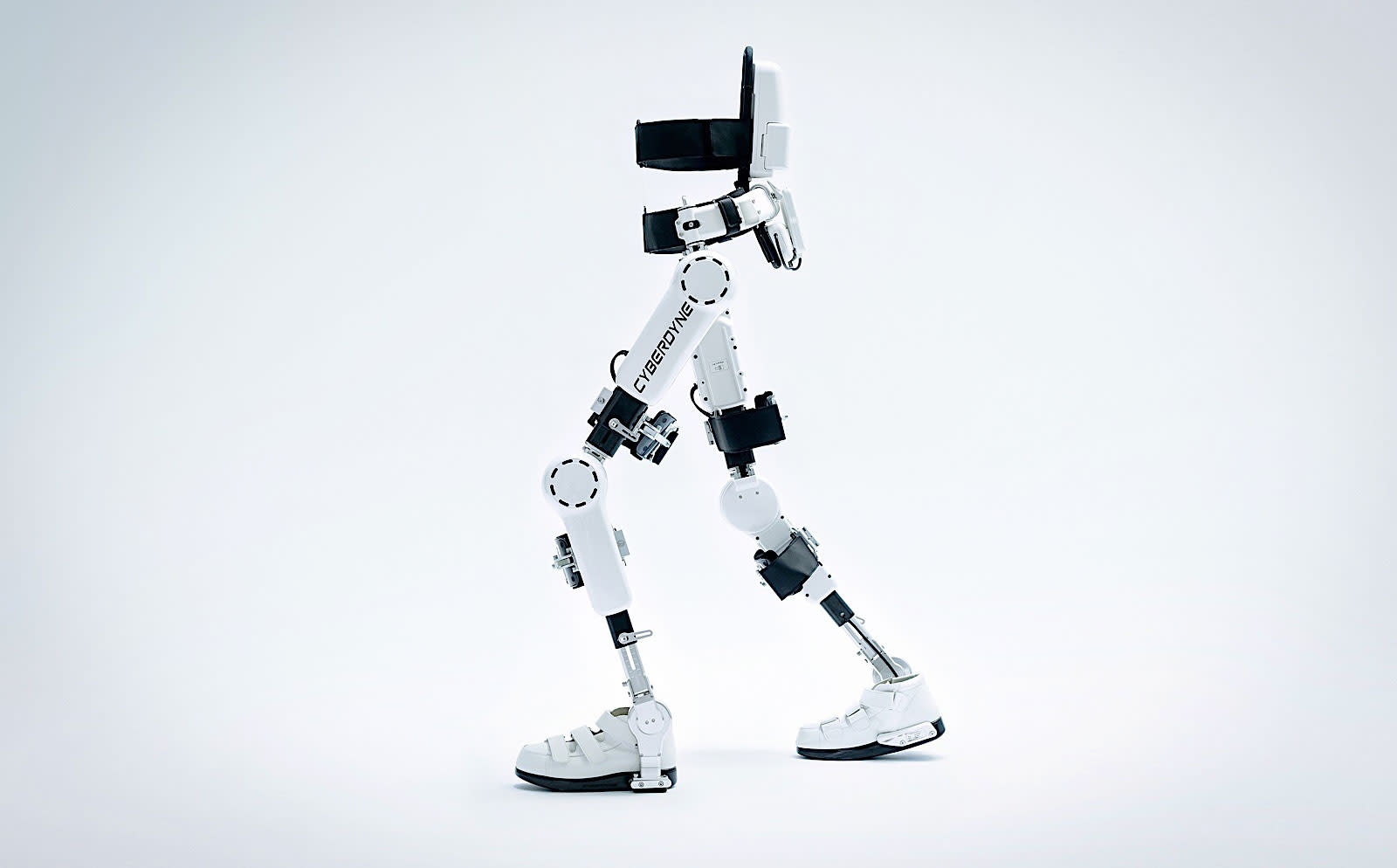 While we're still a ways away from a proper Aliens-esque Power Loader, our enhanced exo-suit future is already upon us. The HAL (that's Hybrid Assistive Limb, not the murderous space AI) from medical device manufacturer, Cyberdyne Inc., has already been leveraged for a number of rehabilitative procedures since being released in Japan in 2011. Cyberdyne announced on Friday that it has teamed with the newly opened Brooks Cybernic Treatment Center of Jacksonville, Florida to make HALs available here in the US.

The HAL is designed to fit around a spinal injury patient's legs and abdomen, providing support for people who would otherwise be unable to stand or walk. But unlike other exo-suits, patients command the HAL with their minds. Instead of a joystick or other manual controller, the HAL uses an EEG-like sensor to pick up nerve signals from the patient's brain through their skin which it then translates into a command to engage the suit's legs. What's more, this method trains the user to activate specific neural pathways for voluntary movement, which helps them improve their ability to walk unassisted.

You will need at least some degree of sensation, however, for the treatment to work, Dr. Geneva Tonuzi, Medical Director of the Brooks Cybernic Treatment Center, told Engadget. "It doesn't have to be much, but there has to be at least that signal. If you do have enough [bioelectric signal] going through to where the surface EMGs that are put on the legs can pick up the signal, then the robot can basically do the rest."

"So what's really nice about [HAL], it basically operates off what your intentions is," she continued. "Maybe you're only able to give one or two percent, and then the robot gives the remainder of the motion. But, with time, because of that sort of recovery, you're about to get three percent, four percent, and so on, and the robot gives you less and less of that support."

"The goal is actually to get rid of the robot," Tonuzi concluded. "This is your intervention, and after a certain period of time, you just move on back to regular therapy."

In this article: cyberdyne, exosuit, hal, medicine, robots, tomorrow
All products recommended by Engadget are selected by our editorial team, independent of our parent company. Some of our stories include affiliate links. If you buy something through one of these links, we may earn an affiliate commission.