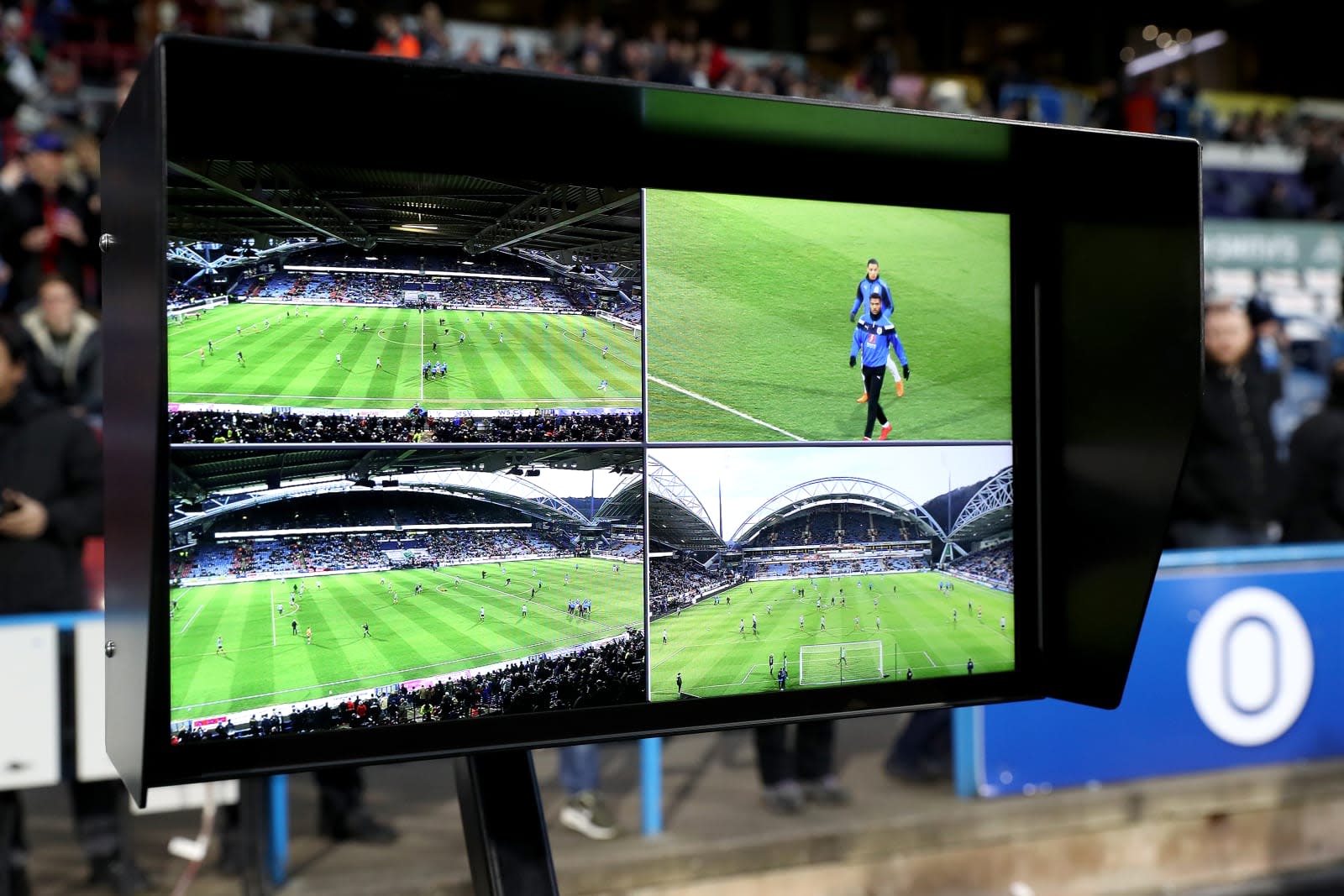 Like it or not, video assistant referees are about to become a mainstay of the beautiful game. The International Football Association Board, which sets rules for FIFA as well as UK associations, has unanimously approved the use of VARs in soccer (aka football) matches on a permanent basis. So long as they go through a "mandatory approval process," they can implement the play review technology if they like. The decision comes after an independent university study showed that VARs had a net positive effect.

As elsewhere, the aim is to produce more accurate play calls when there are serious disputes, such as for goals, penalties, red cards (but not a second yellow card) and cases of punishing the wrong person. This theoretically prevents game-changing mistakes while keeping the downtime to a minimum, and real-world tests have shown that the technology can work. In the US' Major League Soccer, for instance, it decided the outcome for matches soon after its introduction.

Not everyone sees VARs this way, of course. Some have argued that it still slows down the game too much, and that the process of using it is too opaque for fans. And of course, it's limited by the nature of the hardware. In at least one match (between Portugese teams Aves and Boavista), the referee had to let a questionable goal stand after a fan inadvertently blocked a camera with a flag during the crucial moment.

As it stands, whether or not your favorite league or tournament uses VARs is up in the air -- they're not obligated to implement it. FIFA World Cup organizers are expected to decide on using VARs on March 16th and are likely to adopt them, but it's not so clear elswhere. The UK's Premier League and Europe's Champions League aren't adopting the technology for their next seasons, but France's Ligue 1 is; Germany's Bundesliga makes its choice on March 22nd. It's doubtful they'll reject the technology outright, however. Rather, it's more a matter of waiting until video refs are established and refined enough that they won't create problems on the pitch.

In this article: entertainment, fifa, fifaworldcup, football, gadgetry, gadgets, gear, ifab, internationalfootballassociationboard, referee, soccer, sports, var, videoassistantreferee, worldcup, worldcup2018
All products recommended by Engadget are selected by our editorial team, independent of our parent company. Some of our stories include affiliate links. If you buy something through one of these links, we may earn an affiliate commission.