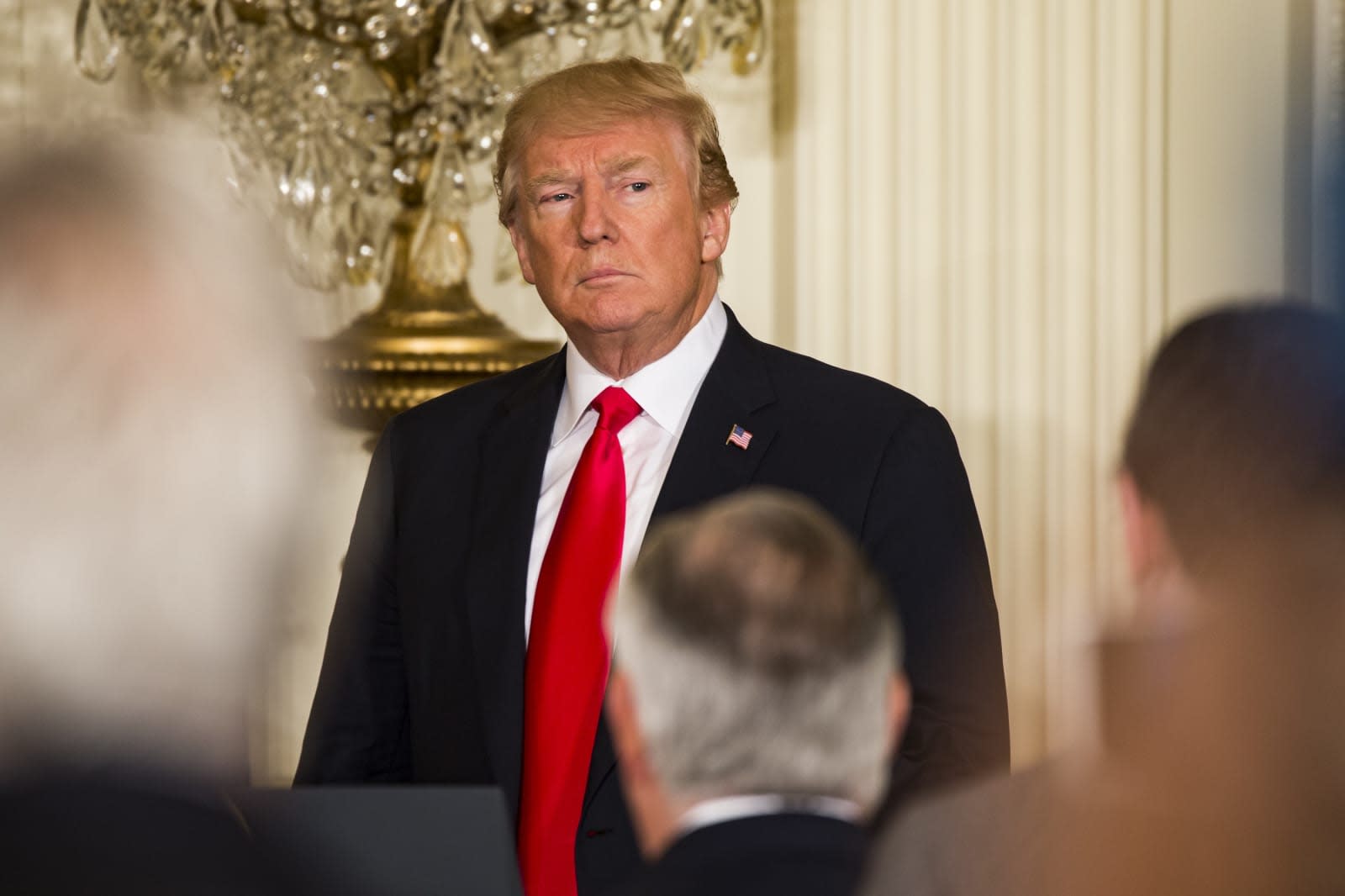 Donald Trump is hosting a meeting today, which, according to a White House spokesperson, has been set "to discuss violent video-game exposure and the correlation to aggression and desensitization in children." CNN's Jake Tapper tweeted the list of attendees earlier today and it includes members of the video game industry as well as outspoken critics of violent video games. However, as Rolling Stone points out, there aren't any scientists included in the meeting -- a glaring omission if you're interested in having a truly representative discussion about video games and real-world violence.

Expected attendees at POTUS meeting today to "discuss violent video-game exposure and the correlation to aggression and desensitization in children," per WH pic.twitter.com/6y61gTYZbT

Video game industry members attending today's meeting include ESRB President Pat Vance (who is in fact a woman even though the above image lists her as a man), ESA President Mike Gallagher, ZeniMax Media CEO Robert Altman and Take-Two Interactive CEO Strauss Zelnick. Representing Congress are Senator Marco Rubio and Representatives Vicky Hartzler and Martha Roby. The other three attendees are Media Research Center founder Brent Bozell, Parents Television Council spokesperson Melissa Henson and Lt. Col. Dave Grossman, author of Killing: The Psychological Cost of Learning to Kill in War and Society and Assassination Generation: Video Games, Aggression and the Psychology of Killing. All three are critics of violent video games and have spoken out against the video game industry.

The problem here is that research doesn't side with those individuals. Multiple studies have found no connection between video game violence and violence in society -- you can read a more in-depth discussion of that research here. And the fact that no scientists in the field will be involved in today's White House discussion makes it look like the Trump administration is looking for a scapegoat, not a true conversation about the root of the US' gun violence problem. "I'm hearing more and more people say the level of violence on video games is really shaping young people's thoughts," Trump said after the Parkland school shooting.

Blaming video games for gun violence has been a hard idea to squash and leaving out relevant research and scientists certainly won't help matters.

Update: The ESA has released its statement on the meeting, which you can read below.

We welcomed the opportunity today to meet with the President and other elected officials at the White House. We discussed the numerous scientific studies establishing that there is no connection between video games and violence, First Amendment protection of video games, and how our industry's rating system effectively helps parents make informed entertainment choices. We appreciate the President's receptive and comprehensive approach to this discussion.

In this article: av, DonaldTrump, esa, esrb, gaming, gunviolence, politics, videogames, violence, WhiteHouse
All products recommended by Engadget are selected by our editorial team, independent of our parent company. Some of our stories include affiliate links. If you buy something through one of these links, we may earn an affiliate commission.