For the people in the back: Video games don't cause violence

But the White House wants to talk about 'em anyway.

Video games do not cause violent behavior. There is no scientific, consensus-backed research supporting the idea that playing video games -- even bloody, realistic shooters -- leads to real-life acts of brutality.

However, this misguided theory prevails. After a shooting at a high school in Parkland, Florida, left 17 people dead on February 14th, a handful of politicians decried video games for corrupting young minds and inciting violent behavior. Days later, President Donald Trump said during a meeting about safety in schools, "I'm hearing more and more people say the level of violence on video games is really shaping young people's thoughts."

Tomorrow, video game industry leaders are scheduled to meet with Trump to discuss the (non-existent, completely imaginary) problem. The Entertainment Software Association will be there and it has a clear message for the White House: "Video games are plainly not the issue: entertainment is distributed and consumed globally, but the US has an exponentially higher level of gun violence than any other nation."

This isn't a new setting for the ESA. The trade association represents due-paying titans including Sony, Microsoft, Activision and Nintendo, and it's the industry's first line of defense against federal attempts to regulate video games. For example, the ESA established the Entertainment Software Rating Board in 1994, at the height of video game panic in Congress. The ESRB's promise to put ratings on all games placated politicians who were calling for the government to step in and censor. 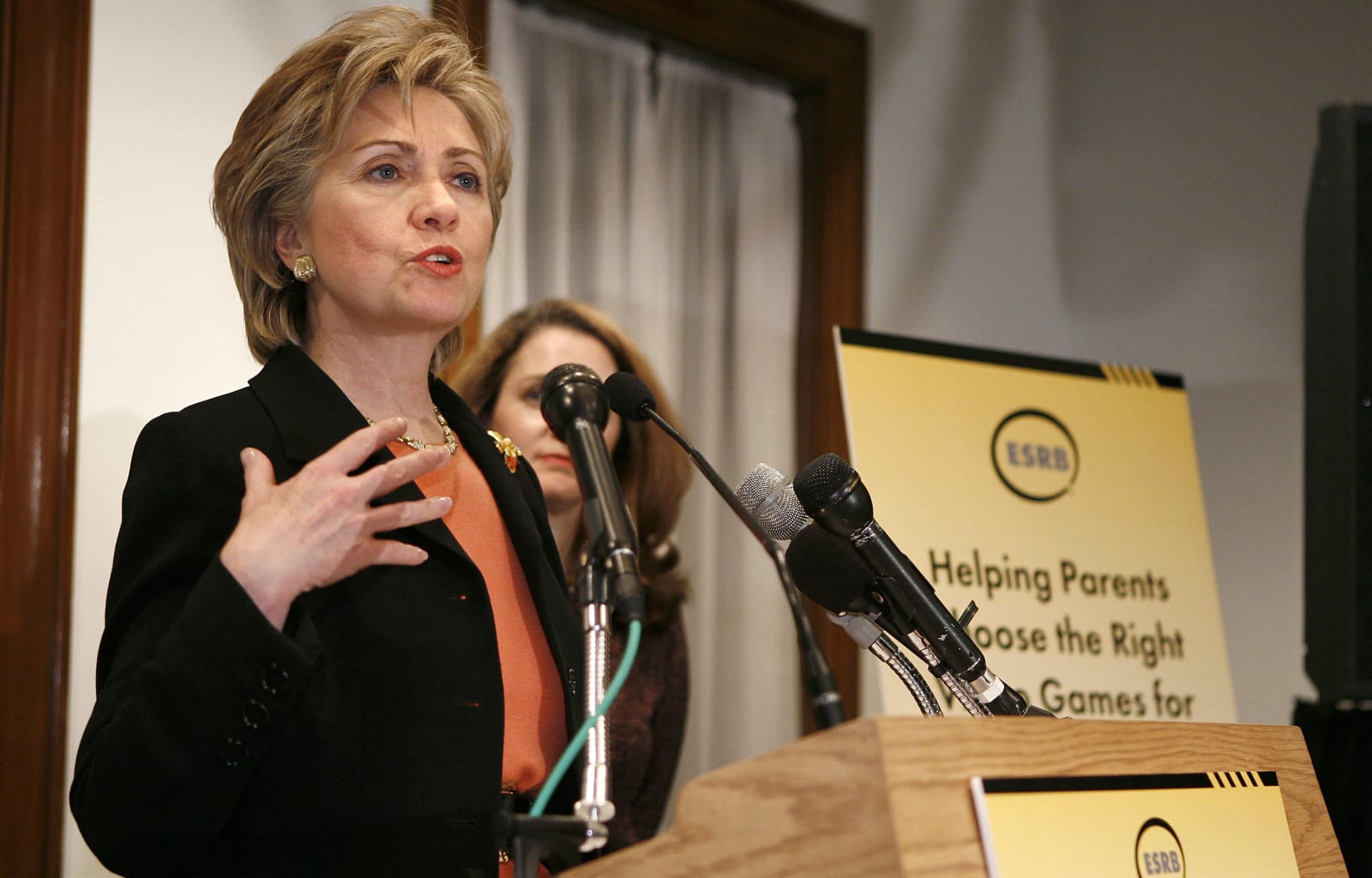 It's expected for the ESA to fight against a negative image of the video game industry. However, it isn't the only organization that argues against the link between video games and violence -- academics, the US Supreme Court and most Americans recognize there is no correlation between on-screen cruelty and actual violence.

"The statistical data are simply not bearing out this concern and should not be ignored."

First, the scholars. Numerous studies have found no connection between playing video games and actual expressions of violence. The US Secret Service conducted a review in 2004 aimed at identifying causes of school shootings, and it found just 12 percent of studied attackers -- that's 5 out of 41 -- expressed an interest in violent video games. That's much lower than the national average: In 2010, 85 percent of boys age 15 to 18 reported playing violent games.

In fact, video games are tied to a decrease in actual violence. An economic study published in February 2016 found a reduction in crime in the weeks after major video game releases. A handful of similar studies conducted from a range of perspectives have come to the same conclusion.

A 2013 review by the American Psychological Association noted a link between violent video games and short-term spikes in aggressive behavior -- but this study was quickly rebuffed by many experts. More than 230 psychologists, media scholars and criminologists signed an open letter arguing the APA used faulty methodology and relied on bias to reach its conclusions.

"This decline in societal violence is in conflict with claims that violent video games and interactive media are important public health concerns," the group wrote. "The statistical data are simply not bearing out this concern and should not be ignored." 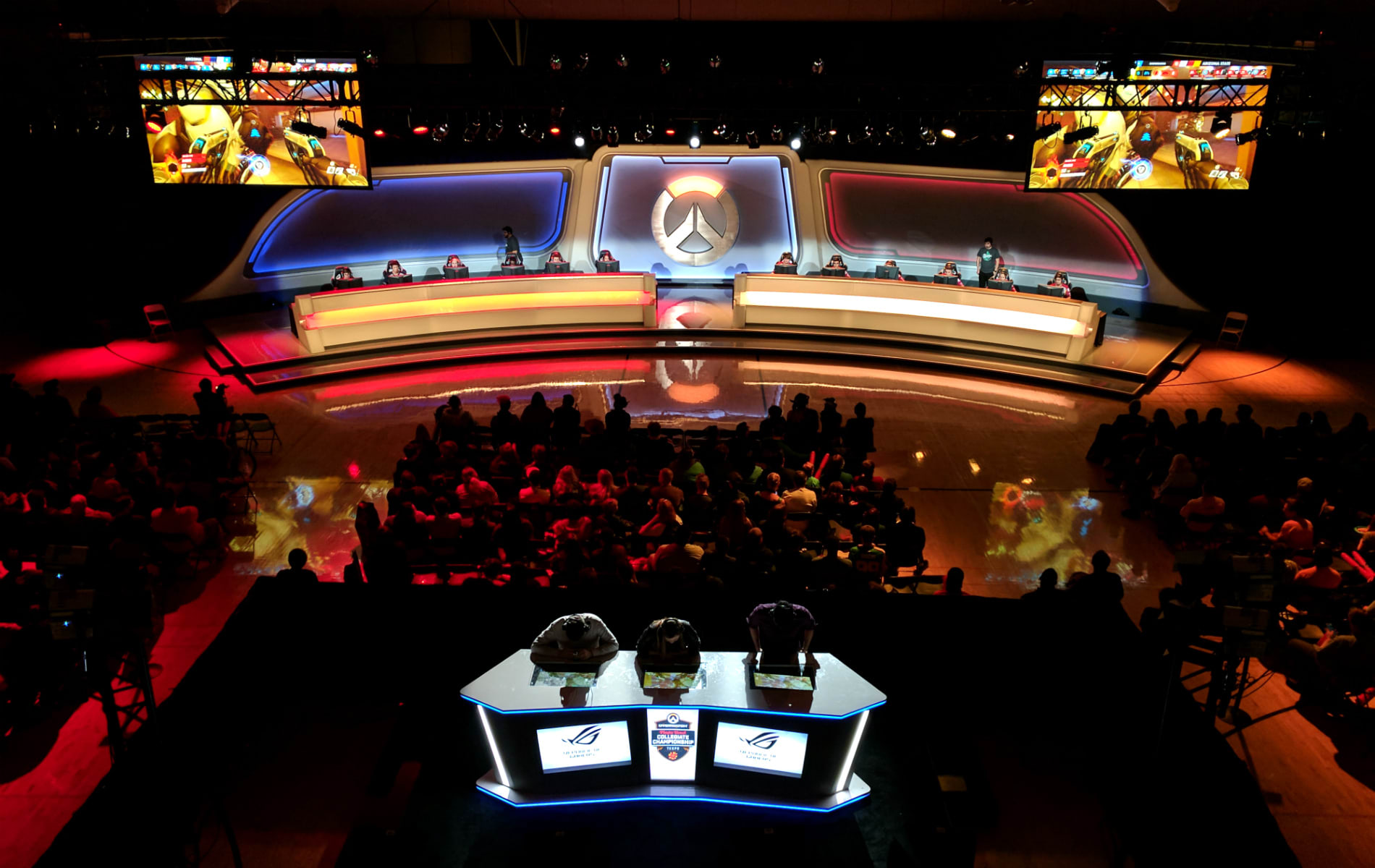 Division 46 of the APA

In 2017, the APA's Media Psychology division advised officials and reporters to stop suggesting there was a connection between violent video games and real-life acts of brutality: "Journalists and policy makers do their constituencies a disservice in cases where they link acts of real-world violence with the perpetrators' exposure to violent video games or other violent media. There's little scientific evidence to support the connection, and it may distract us from addressing those issues that we know contribute to real-world violence."

The US legal system agrees. In 2011, the US Supreme Court struck down a California law that banned the sale of violent video games to children. It was a 7-2 decision and the majority opinion was written by Justice Antonin Scalia, a legendarily conservative voice on the bench.

"Psychological studies purporting to show a connection between exposure to violent video games and harmful effects on children do not prove that such exposure causes minors to act aggressively," he wrote. "Any demonstrated effects are both small and indistinguishable from effects produced by other media."

This view is held by most Americans, too. A 2015 study by the Pew Research Center found 53 percent of respondents disagreed with the statement, "People who play violent video games are more likely to be violent themselves."

However, 40 percent of people agreed there was a relationship between video game violence and violent behavior. That's high, considering the ridiculous amount of evidence to the contrary. This theory persists, in part, because it's an enduring component of some politicians' predictable post-school-shooting talking tours. 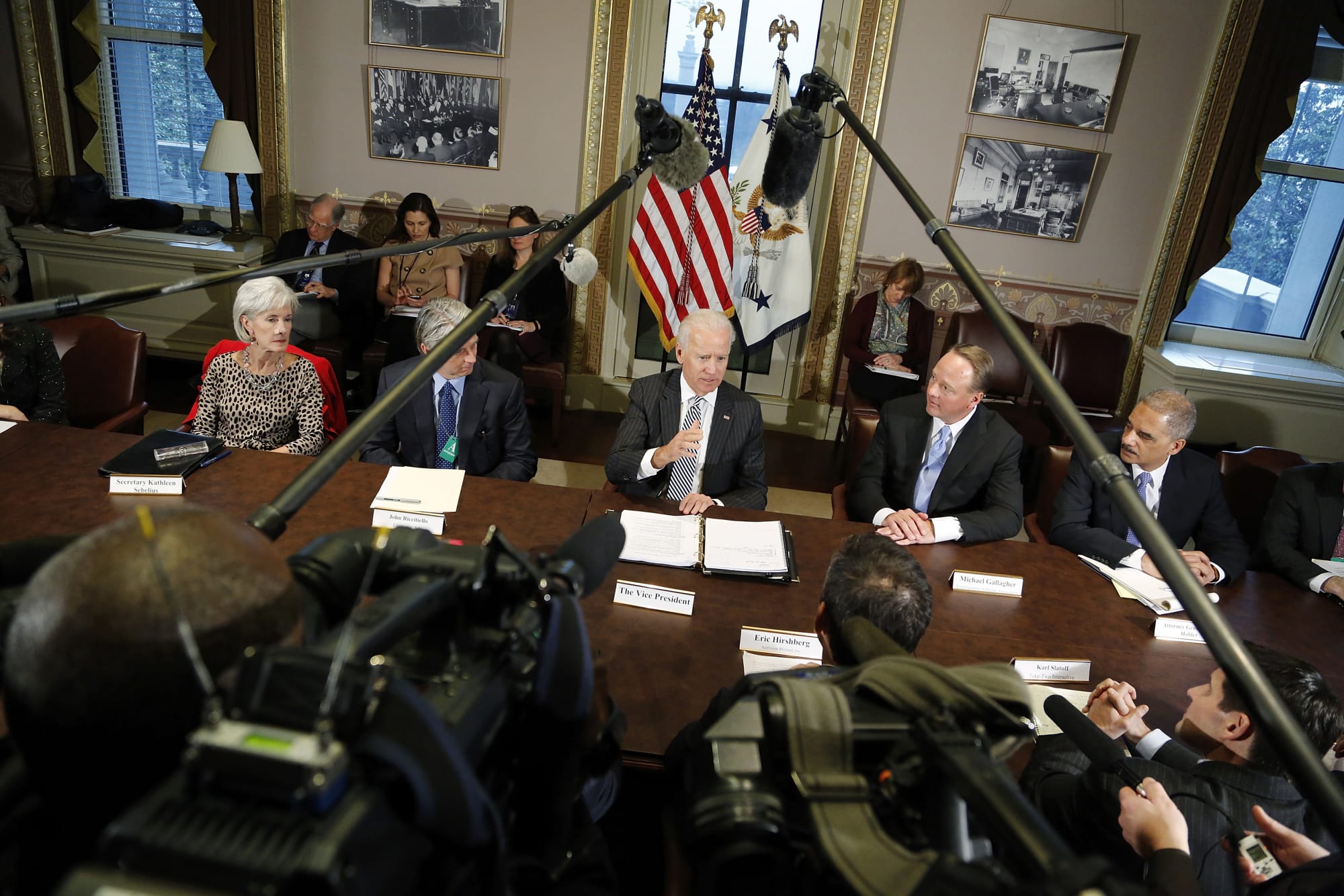 After the Parkland shooting, Florida congressman Brian Mast told NPR stronger gun laws were not the answer, despite calls for such legislation from student survivors. Instead, Mast said, "What do we do with the biggest pusher of violence? The biggest pusher of violence is, hands down, Hollywood movies, hands down, the video game market." Kentucky Gov. Matt Bevin shared similar sentiments, while Arizona state Rep. Mark Finchem refused to vote on a bill banning bump stocks, arguing violent video games were the real concern.

The National Rifle Association is another loud voice in this conversation, and its leaders have long blamed mass shootings on video games. In 2012, after a shooter killed 20 children and six faculty members at Sandy Hook Elementary School, NRA president Wayne La Pierre said, "There exists in this country, sadly, a callous, corrupt and corrupting shadow industry that sells and sows violence against its own people." He was talking about video games, not the gun industry.

The NRA has donated to Mast's campaign and Bevin is "proudly endorsed" by the organization. Trump has an A-plus rating from the NRA.

"There exists in this country, sadly, a callous, corrupt and corrupting shadow industry that sells and sows violence against its own people."

Which brings us back to this week's White House meeting with the ESA. One week after the Parkland shooting, Trump floated the (unscientific, largely disproven) theory that video games can incite real-world violence, and questioned whether stricter regulation was necessary. These are sentiments designed to grab the attention of the ESA and video game fans alike, and they steer the conversation away from topics like gun legislation -- which is generally how the NRA prefers things.

The ESA has plenty of experience defending the reputation of the video game industry and its ability to regulate itself, and its arguments are backed up by decades of research into on-screen and real-world violence. It's highly likely that this week's meeting with Trump won't result in new federal regulations for the video game industry -- and besides, any attempts to censor would be challenged on First Amendment grounds, just as they have been (quite successfully) in the past.

It's also likely the Trump administration is aware of this stalemate. The desired outcome, in this case, is the conversation that draws energy away from a much more complicated, politically charged and emotional debate about gun control in the US -- a conversation that includes the 1,100 words above.

All products recommended by Engadget are selected by our editorial team, independent of our parent company. Some of our stories include affiliate links. If you buy something through one of these links, we may earn an affiliate commission. All prices are correct at the time of publishing.
For the people in the back: Video games don't cause violence
DonaldTrump
EntertainmentSoftwareAssociation
esa
gaming
guns
gunviolence
microsoft
nintendo
NRA
politics
sony
videogameviolence
violence
WhiteHouse