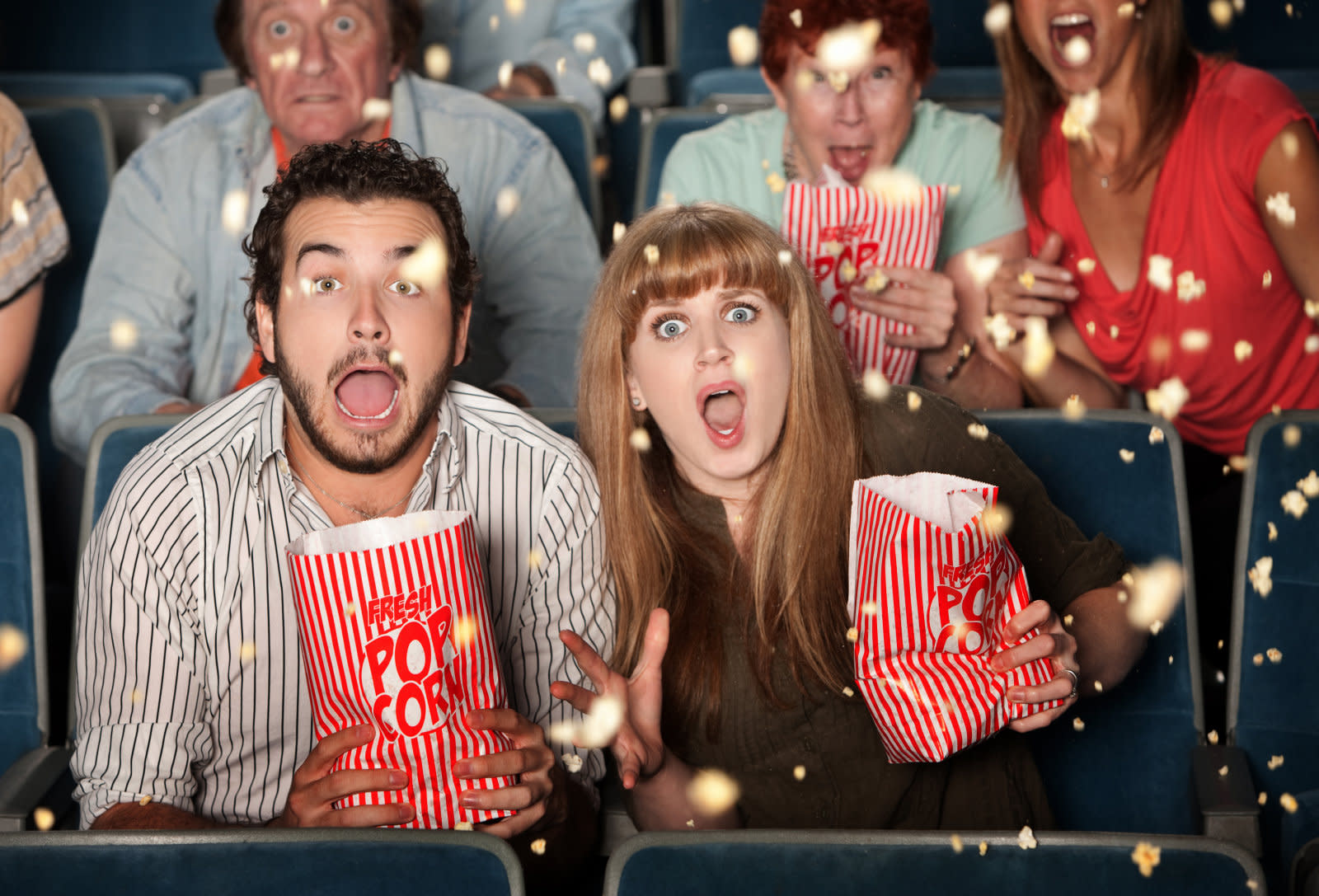 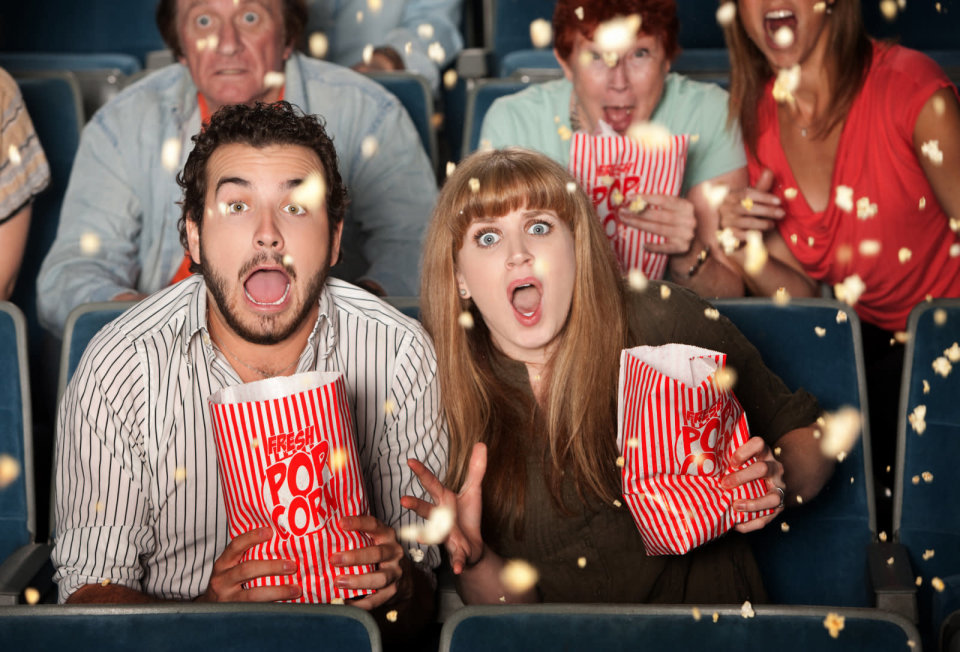 In a presentation during the Entertainment Finance Forum last week, MoviePass CEO Mitch Lowe bragged to the attendees about his company's app saying, "We know all about you."

"We know your home address, of course; we know the makeup of that household, the kids, the age groups, the income," he continued. Once more, we're reminded that every app on our phones has the potential to pool various data on us, enough to paint a remarkably accurate portrait of our life. As if to drill that point home, Lowe added: "We watch how you drive from home to the movies. We watch where you go afterward."

This wasn't backstage bravado among peers, this was his keynote in front of an audience. A keynote titled, without one ounce of shame, a sliver of self-reflection or any indication he'd ever heard the word "consent" whispered on the wind: "Data Is the New Oil: How Will MoviePass Monetize It?" Perhaps no one told him about the backlash against the NSA over the past few years, where people were not so happy to find out about all that nonconsensual surveillance and stuff. Or he somehow missed how angry and freaked out Uber's customers were after the company bragged about tracking people with its in-app, consent-free "God view" spying mode.

Or it might just be that the National Association of Data Mining App Psychopaths (not a real thing... we hope) forgot to tell him that the first rule of Scary Data-Clown Club is not to talk about it in public.

Anyway, everyone freaked out when actual human beings found out about his remarks.

With the sensitivity of a Facebook PR flack pretending that actually doing awful things to your users is just a temporary reputation issue, a MoviePass representative sent the following statement to press:

We are exploring utilizing location-based marketing as a way to help enhance the overall experience by creating more opportunities for our subscribers to enjoy all the various elements of a good movie night. We will not be selling the data that we gather. Rather, we will use it to better inform how to market potential customer benefits including discounts on transportation, coupons for nearby restaurants, and other similar opportunities.

Calm down, everyone. They say they won't sell you. I mean, it. Your data. Not now. And definitely not in the way you make money from oil, which requires drilling first. They're not drilling people. Maybe. But oil needs to be refined. Deals need to be made. You can't just sell it. Plus, data is better than oil, which can be spilled in embarrassing tanker crashes with drunk sea captains. Data can't be spilled and have to be scrubbed off birds. Unless you mean hacking, which is kind of like a spill. But let's not mention that.

The MoviePass app gives its users "unlimited access to movies in theaters" for the monthly fee of $7.95 a month. Plus a $9.95 processing fee, and the data equivalent of your firstborn child, which won't be sold. According to the MoviePass Privacy Policy, the company does also "supplement the personal information you provide with publicly available information about you as well as information from other sources." Tres mysterious.

Interestingly, its policy states that your location is requested only once "when selecting a theater."

Which is a little different than what MoviePass CEO Mitch Lowe was talking about. But what can we do? Nothing, that's what. This is normal. We are 10 years into living with phone apps that literally tell us one thing about our privacy and security, and arrogantly do something else when they feel like it. It's how the app world works.

You're not going to believe this (or maybe you will), but Onavo used to be a data-mining app. Researcher Will Strafach recently looked into the app to see how it ticks, and along the way, he revealed its history.

In April 2011, Onavo [is] positioned as a data-saving tool ... ("We will not sell the data or introduce ads to Onavo"). In late 2012, initial citations attributable to "Onavo Insights" appear in the press, regarding app download and usage statistics.

In summer of 2013, Onavo Acquisition Insights is publicly launched, enabling subscribers to attribute app downloads to specific methods of advertising (This data is also most certainly derived from analysis of Onavo user network traffic). In October 2013, Onavo is purchased by Facebook for an undisclosed sum, estimated to be between $100 million and $200 million.

Onavo's data wasn't for sale either! It was just like oil. Slippery yet profitable. This sounds like a false equivalency, but it's not. Bear with me, I'm a million years old in internet years. Sex blogger grandma (me) is going to tell you a story.

When the general public started switching over to smartphones and the app ecosystem, I had been using a connected phone for years. I saw the way apps were taking over people's experience of the internet -- replacing it -- and how the people making apps (mostly here in San Francisco, some in the circles I ran in) were greedy, dishonest, conservative and extremely entitled. I thought, once people understand how horribly these apps are spying on them and lying about it, they won't suffer through this bullshit anymore.

And then everyone just went along with it. Major press outlets didn't hold any of the app barons accountable. Also, everyone was either trusting, or arrogant, or naive, or just trapped when they needed a safe ride home and Uber was there.

But once the Pandora's Box was opened, of what was really happening with apps data mining and collecting and spying on things we really don't want them to, we were all suddenly citizens of a different world. One where no one was on our side, and the gods were capricious assholes, and awful things happen with our locations, our private moments and our identities, for no reason.

All of this, these egregious consent violations and the endless doublespeak statements about privacy and security when caught? It all happened while companies like Palantir and Google and Facebook gathered up the data and made it weaponizable. Psychopaths got very rich. Women, people of color, poor people and LGBTQ people were targeted online and doxxed with data collected by the offshoots of this industry -- thanks to things like "people finder" websites. Then data collectors like Equifax were hacked because they were negligent, and real people got hurt, lost their identities.

So when fatcat CEOs of greedy, consent-violating apps like MoviePass brag about profiteering on our data oil, then try to backtrack when people take them at their word, we can't be expected to take them seriously.

Because the word "privacy" in any app's policy at this point is so cynical a euphemism that we can only say it now with a smirk. I mean obviously, they must be joking.

In this article: av, badpassword, entertainment, mobile, moviepass, opinion, security, services
All products recommended by Engadget are selected by our editorial team, independent of our parent company. Some of our stories include affiliate links. If you buy something through one of these links, we may earn an affiliate commission.
Share
Tweet
Share