It's been a long, bad trip.

Some companies are just born with an infinite number of chances to keep doing everything wrong and yet somehow seem immune to the consequences. Uber is one of those companies. Uber's latest scandal -- a fat hack and its dirty coverup -- is just one in a long line of Uber-riffic examples on just how far a certain kind of privilege gets you.

The ride-sharing company only this week admitted to getting seriously hacked in October 2016. Its breach exposed personal information of 57 million users and leaked the license numbers of 600,000 drivers. Uber didn't report the breach to anyone, especially not victims or regulators. The company paid $100K to the hackers in hush money (as if that actually works) and concealed the payment in an expense column called "bug bounty."

Uber's new CEO Dara Khosrowshahi found out about it just after he took over from Travis Kalanick in September, but sat on it for two more months while he ordered an internal investigation.

The company's Chief Security Officer Joe Sullivan was ousted over the debacle, a mess that brought state lawsuits and federal questions. A few days after kinda-sorta facing the press over it, a letter emerged saying that Sullivan and his fellow security officers Craig Clark and Matt Henley insisted on using encrypted, disappearing messaging apps to avoid creating evidence that could be used in a lawsuit.

It's a uniquely Uber state of affairs. Yet this wasn't the first time Sullivan and Henley's Uber team purposely used apps like Wickr to avoid leaving a trail.

Back in July 2016, four months before the hack and cover-up, a Yale researcher filed suit against Uber alleging price-fixing and violation of antitrust law. It later came out that Uber's Chief Security Officer, the same Joe Sullivan, was asked by Uber lawyers to dig up dirt on the Yale researcher.

The kind of malignant hubris it takes to make the day-to-day of a security team into a premeditated harm machine is remarkable enough on its own. I mean, that's quite a culture you've got there. Just imagine the interesting things Facebook's security team must've gotten up to!

But hey. That was then, and this is Uber.

Uber launched in March 2009, when San Francisco was still reeling from the Great Recession. As is the custom, around every ten years a tech bubble bursts. All the techies helplessly watched as their mostly useless, perennially over-funded ideas exploded in their faces and made them as penniless as the poor people they'd previously stepped over to get their lattes.

The economy tanked; former high-rolling, coke-huffing, web-famous dot-com douchebags around town suddenly found themselves working in cafes, bitterly wondering why the meritocracy had forsaken them. Future Uber drivers, one and all. All I'm saying is, it takes a special kind of person to fantasize about a white-glove, luxury, on-demand car service during a brutal recession -- and launch it in a city with a world-famous homeless crisis. Travis Kalanick and Garrett Camp, the two techbros who created Uber are those kind of people. The kind that start a company that not only embraced an obsession with flaunted wealth to rival the 1980s, but embodied the ideas and ideals of a libertarian playground.

And by "embodied" and "ideals," I really mean "performed a Stanford Prison Experiment on everyone who wasn't an executive."

Uber was the ultimate "unicorn." The darling of the startup scene. Uber's early success meant that nearly every pitch by startup jocks "in Silicon Valley seemed to morph overnight into an 'Uber for X' startup." Companies worshipped Uber, praying they could become the next "Uber for" anything, copying everything about Uber they possibly could.

And indeed, some were -- like Wag, the "Uber for dog walking." Companies and founders humiliated themselves by saying they were going to be "Uber for shipping," "Uber for beauty," and "Uber for bike repair," among many, many other things (even "Uber for Uber wanna-bes").

For several long, truly repugnant years in the Bay Area, everyone wanted to be Uber.

The funny thing about libertarian playgrounds like Uber is that they're really only a playground for the bros at the top. They didn't name it "Uber" after some god of frat boys and indifference, but it would've made sense.

Echoing the aspirations of a slave-owning class was practically the company's spiritual tagline, as well as the brutal reality of its company culture. Uber centered its business model on drivers as sweatshop labor. It's re-invention of the workplace was a virulently insecure techbro's wet dream. Uber onboarded its new employees by having them pledge to Uber's 14 core values, the heart of which emphasize "meritocracy," a Silicon Valley principle that has long proven to be foundational to the startup and tech world's massive race and gender problem. Still, Uber's prized values also included "toe-stepping," making bold bets, and to "always be hustlin'." 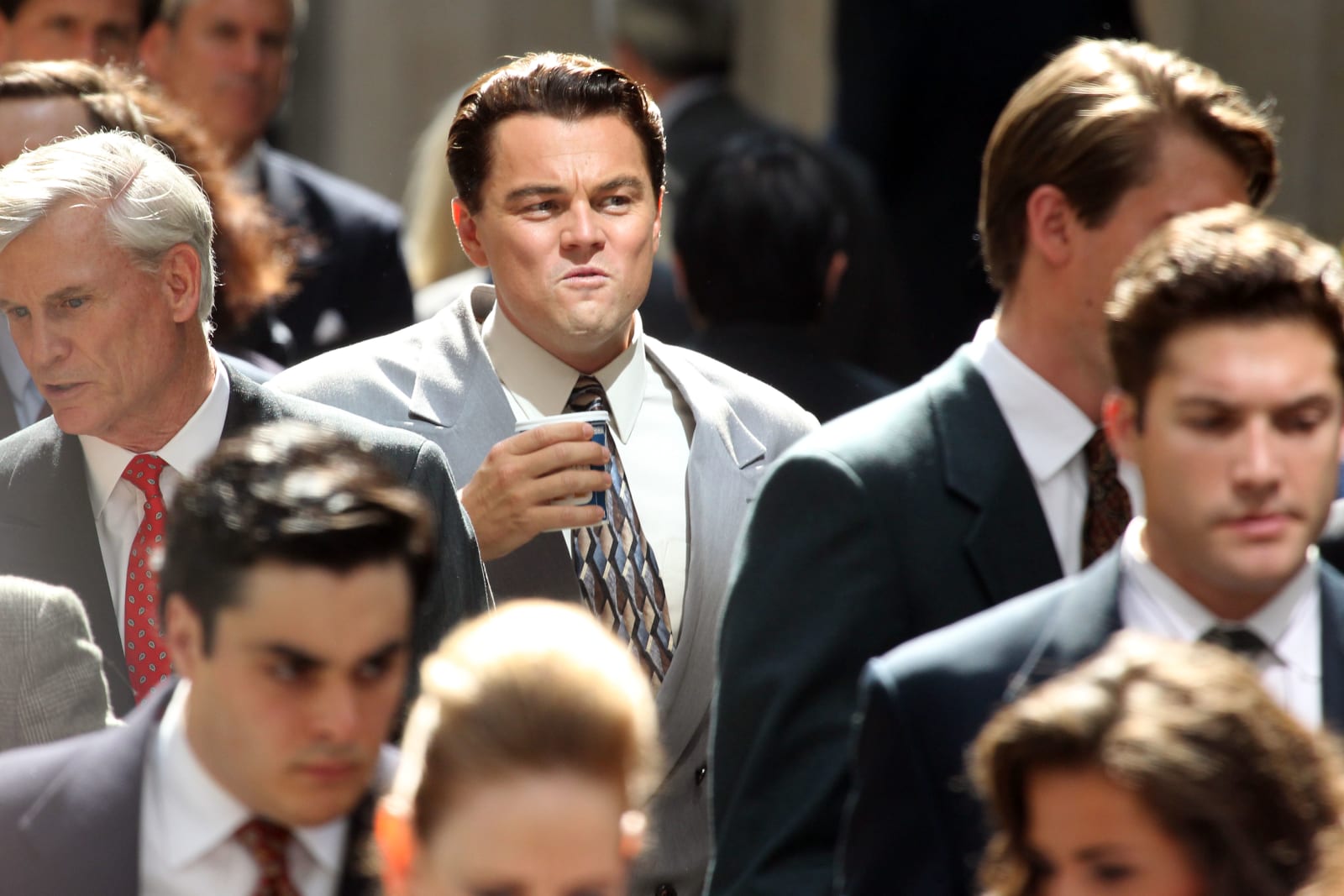 That "meritocracy" part is probably the most important piece of this little Grimm's fairy tale for the ages. It's the hallmark of white male privilege. If the White House was an engine, the lie of meritocracy -- and its key component, white privilege -- are its oil.

Not surprisingly, people of color haven't been part of Uber's core values. A study last year found that Uber and Lyft have a pattern of discrimination against black passengers. "Waiting times for black Seattle passengers were 35% longer, and Boston drivers cancelled rides for black passengers more than twice as frequently," press reported.

Anyway, under the banner of "toe-stepping" Uber became Lord of the Flies. After an exhaustive investigation NYT wrote:

Interviews with more than 30 current and former Uber employees, as well as reviews of internal emails, chat logs and tape-recorded meetings, paint a picture of an often unrestrained workplace culture.

(...) One Uber manager groped female co-workers' breasts at a company retreat in Las Vegas. A director shouted a homophobic slur at a subordinate during a heated confrontation in a meeting. Another manager threatened to beat an underperforming employee's head in with a baseball bat.

It was almost as if Uber brought its own rope to the gallows. In a 2014 GQ article, Travis Kalanick referred to Uber as "Boober" because of how the company got him laid. Two years later, engineer Susan Fowler published a detailed blog post describing a deeply-ingrained system of discrimination and sexual harassment by her managers. She had gone ignored by Uber's HR department.

No surprise there: when Eric Alexander was Uber's president of business in the Asia Pacific he obtained the medical records of a customer who was a rape victim: He was sure she was lying.

Despite the arrest and sentencing of the driver, Alexander refused to believe the woman had actually been raped, and was keen to convince others of this belief. At the same time Kalanick bragged about "Boober" Alexander was showing the rape victim's medical records to Kalanick and Uber's SVP Emil Michael. "In addition," press wrote, "numerous executives at the car-hailing company were either told about the records or shown them."

According to press covering her post about sexual harassment at Uber, "Ms. Fowler said the culture was stoked -- and even fostered -- by those at the top of the company." Shortly after, in an emergency board meeting about the issues Fowler raised one male board member cracked a sexist joke about women talking too much.

It's hard to figure out which of the 14 core values covers user privacy violations. Would that be "toe stepping"? The most famous incident was when Josh Mohrer bragged in 2014 to a female reporter about tracking her movements in a Uber without her consent. Though the nonconsensual spying -- Uber's so-called "God view" -- had been documented as far back as 2011. When the world found out Uber execs were using "God View" feature to nonconsensually spy on customers in real time, the company told press it had strong policies against employees accessing users' trip information.

But according to Reveal from The Center for Investigative Reporting, the company wasn't coming clean. "Uber's lack of security regarding its customer data was resulting in Uber employees being able to track high profile politicians, celebrities, and even personal acquaintances of Uber employees, including ex-boyfriends/girlfriends, and ex-spouses," a court declaration detailed.

Interestingly, these very roads led back to Uber's security department. Former senior security engineer Michael Sierchio told Reveal that Uber's privacy protections for users were pretty much just a gesture. "When I was at the company, you could stalk an ex or look up anyone's ride with the flimsiest of justifications," he said. "It didn't require anyone's approval."

Uber's company culture, and its conduct, are a reflection of Silicon Valley and all her tech companies. And it's a free for all! Seriously. If Uber is the ultimate unicorn and a leading example of Valley success, and its playmate Facebook, no one here seems to care about anything but themselves, at least until they're caught.

There is no end to Uber's prison experiment on all of us, nor of its self-entitlement at any cost. Kind of like the Trump White House. In fact, it's a lot like the Trump White House, with whom Kalanick stubbornly defended working with until he was all but forced to resign. Outcry over the Muslim Ban -- and Uber's breaking of the taxi strike at JFK during the detentions, prompted the #DeleteUber hashtag. The pressure for Kalanick to resign from within Uber mounted, as the hashtag cost the company 200,000 users. 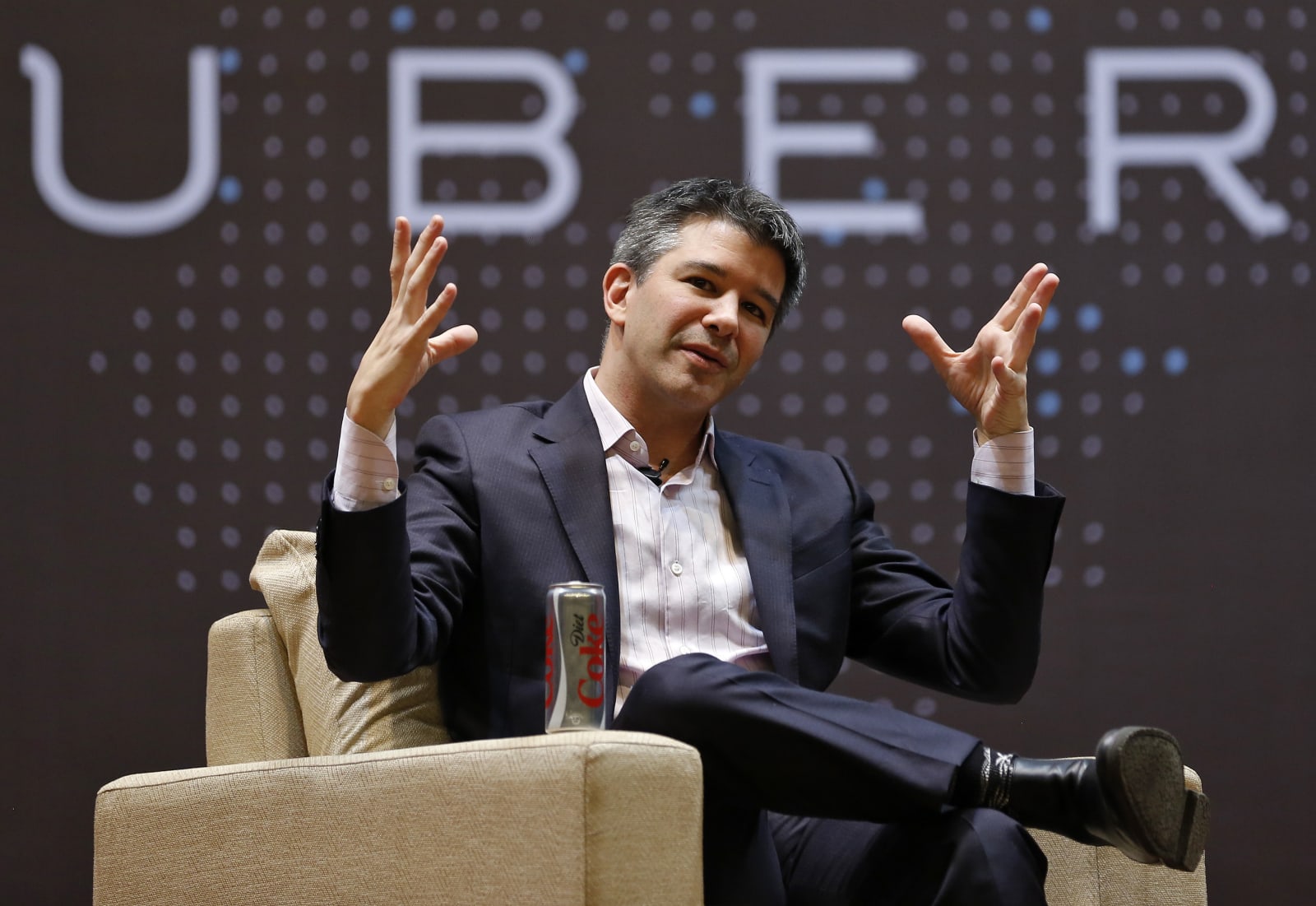 Really, so many good times. Remember when California forced Uber to remove its self-driving vehicles from the road? That was last year, when the state canceled the company's controversial pilot program in San Francisco after a week of reports of dangerous traffic violations, Uber denied the violations even happened, and state officials had to step in.

There was also "Greyball" as reported by the New York Times, "a worldwide program to deceive the authorities in markets where its low-cost ride-hailing service was resisted by law enforcement or, in some instances, had been banned." But wait, there's more! In August the public learned that the Justice Department "has taken preliminary steps to investigate whether managers at Uber Technologies Inc. violated a U.S. law against foreign bribery."

This is all from the company that began this year as the most valuable startup in the world. Yet simultaneously, in January 2017, Uber had lost a historic amount of money in a record amount of time: $2.2 billion in 9 months.

I mean, in case you're wondering exactly how much a bunch of techbros can get away with.

Kalanick stepped down as CEO in June, much to the outrage of his servile fellow techbros, but Uber still struggles to wrest control from his hands. The firing of security team lead Joe Sullivan after the hack and cover-up investigation seems positive, yet that new CEO Dara Khosrowshahi knew about it for months before its victims did isn't exactly a great look for a new Uber. Travis Kalanik may be gone, but his legacy permeates the walls, the framing, the foundation.

Travis Kalanick himself summed it up best perhaps, when he yelled at an upset driver to 'take responsibility' for his 'own shit'.