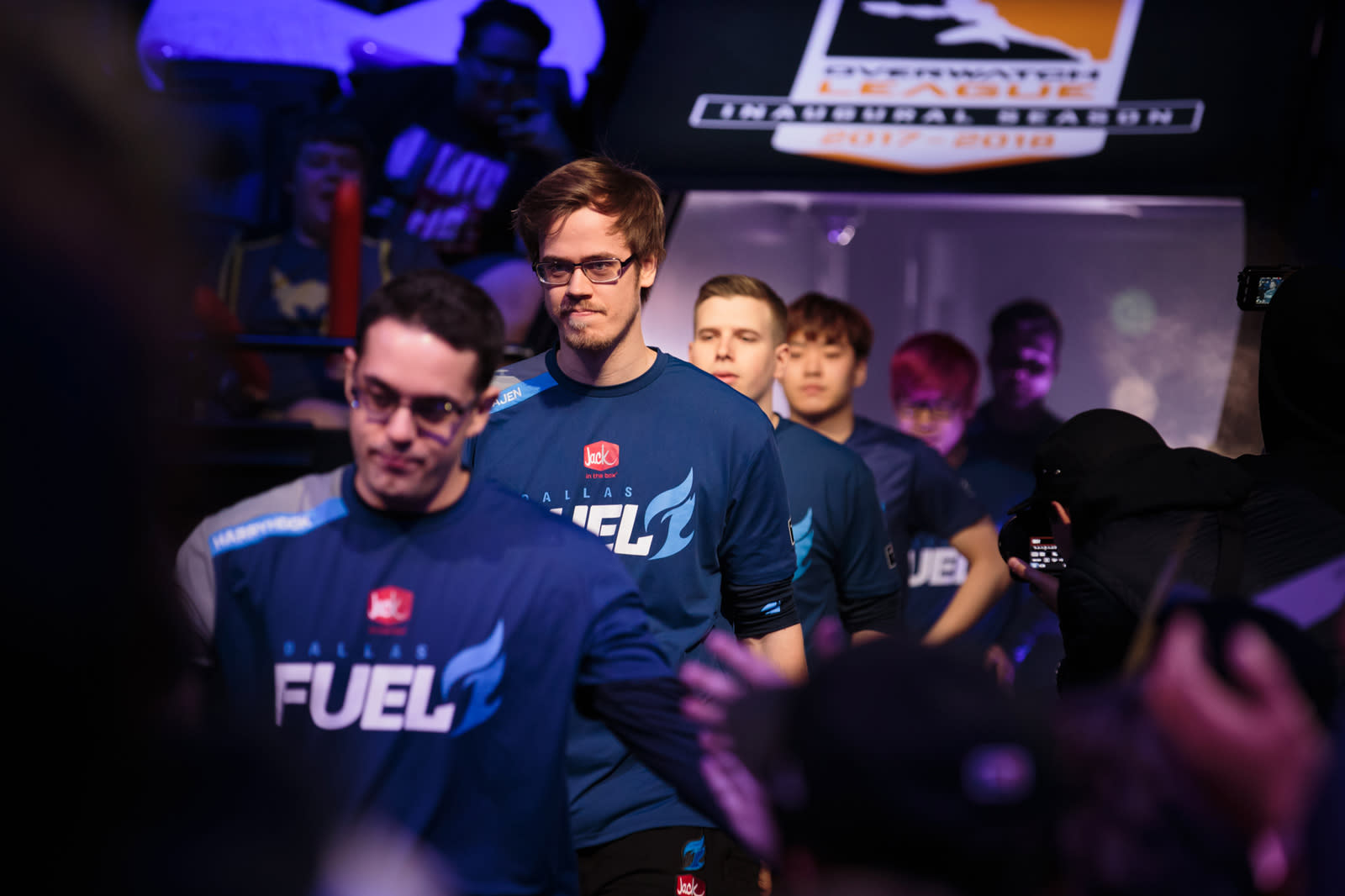 Overwatch League player Felix "xQc" Lengyel has been suspended twice for using both homophobic and racist slurs, and he's now bowing out entirely. Dallas Fuel and Lengyel have announced that they've "mutually agreed to part ways" in the wake of his conduct. It was in the "best interest" of both sides to release Lengyel before his contract expired, team owner Mike Rufail said. Lengyel's latest suspension won't let him play or practice with any team during Stage 2 of the League's inaugural season, and letting him go now lets the Fuel sign others during the transfer window while giving Lengyel a chance to sign with someone new.

Not that he necessarily will. In a stream after his departure, Lengyel noted that the Overwatch League would have to "manually approve" his entry into another team. The process is "a little unlikely to be fair" in light of past events, he said. We've asked Blizzard for comment on the situation, but it's clearly up to Langyel as to whether or not he tries to rejoin.

His exit highlights some of the teething troubles the League has had since its debut. Blizzard sidelined Philadelphia Fusion's Su-min "Sado" Kim after learning that he'd accepted payments to level up other players, while two Shanghai Dragons players (Chao "Undead" Fang and Junjie "Xushu" Liu) were fined for sharing an account. Although Blizzard has a code of conduct, enforcement hasn't always been consistent.

And to some extent, it was difficult to completely avoid these problems. Many competitors are either new to eSports or haven't played at such a high level before, and aren't used to such close scrutiny of their behavior (particularly outside of events). This isn't to say that the Overwatch League and individual teams don't share some responsibility, but these issues might pop up less frequently over time.

In this article: dallasfuel, esports, gaming, homophobia, internet, overwatch, overwatchleague, personal computing, personalcomputing, racism
All products recommended by Engadget are selected by our editorial team, independent of our parent company. Some of our stories include affiliate links. If you buy something through one of these links, we may earn an affiliate commission.