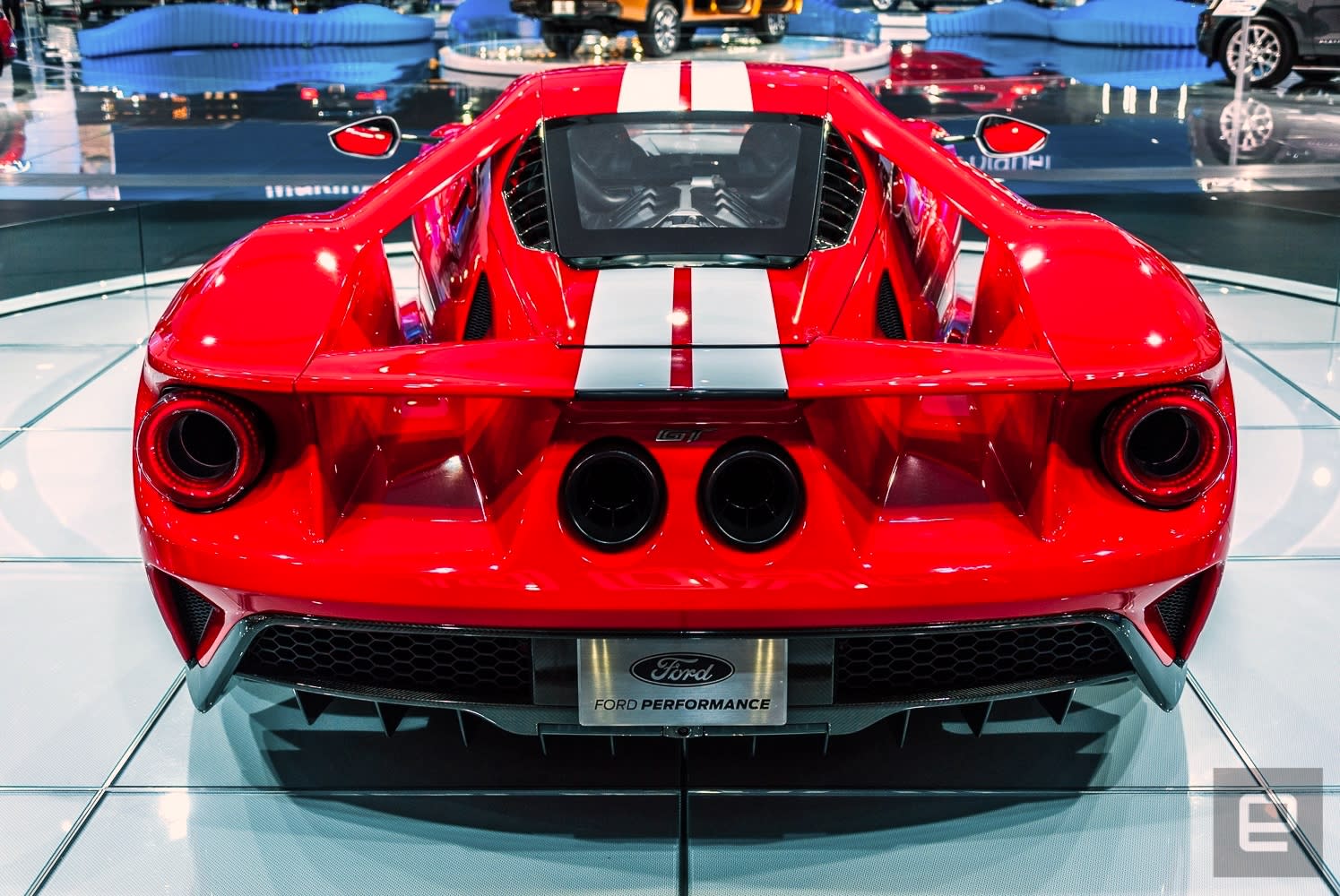 Ford's vision for the future is electric, connectivity and assisted driving. For the Blue Oval company, that means by 2020 its entire lineup will have 4G LTE connectivity and offer Waze navigation by way of AppLink and Sync 3. The former means that all aspects of a vehicle can be updated over the air rather than just the Sync platform. The latter is a bid to make the road safer by decreasing distracted driving that's caused by fumbling with your phone while behind the wheel; all cars with Sync 3 can start using Waze next month. And after studying how people use their trucks, the F-150 will have an available bed-mounted generator for the folks who need to export power on the job-site -- an idea Chevy experimented with on its ZH2 concept truck for the military.

More than that, Ford says it's making a big push into electric vehicles in general, including plug-in hybrids for the forthcoming Bronco, Escape, Explorer, F-150 and the Mustang. For the venerable F-150, the hybrid powertrain will enable more towing power and low-end torque. That'll start in 2020 and within two years of that target, there will be six battery-powered electric vehicles on showrooms.

The reason? It'll help insulate customers from rising gas prices, in part, on models where fuel efficiency typically falls short. Which is important -- by 2020 Ford predicts SUV sales will account for 50 percent of global vehicle sales. Speaking of, in two years, the automaker will have eight SUVs for sale total, with five of them being hybrids and one will be full-electric.

Ford has an even loftier goal for this push into electrification: By 2021, it expects that its hybrid sales will surpass that of Toyota's. Last year, the Prius-maker announced it'd sold 1.52 million units across three models, the standard Prius, the Prius C and the Yaris Hybrid. With the sheer amount of hybrid vehicles Ford has planned for the next few years and the brand's sales figures, that probably isn't a hard goal to meet. Previously, Ford said it'd hoped at least 10 percent of its sales would be EVs by 2020. Currently, it's in second place for hybrid sales.

But it may have some competition. Toyota, of course, is planning more than "more than 10" EVs by 2020, while GM expects to have double that three years later.

In this article: ev, f150, ford, forduncovered, gear, generator, hybrid, lte, mobile, ota, overtheair, sync, transportation, waze
All products recommended by Engadget are selected by our editorial team, independent of our parent company. Some of our stories include affiliate links. If you buy something through one of these links, we may earn an affiliate commission.