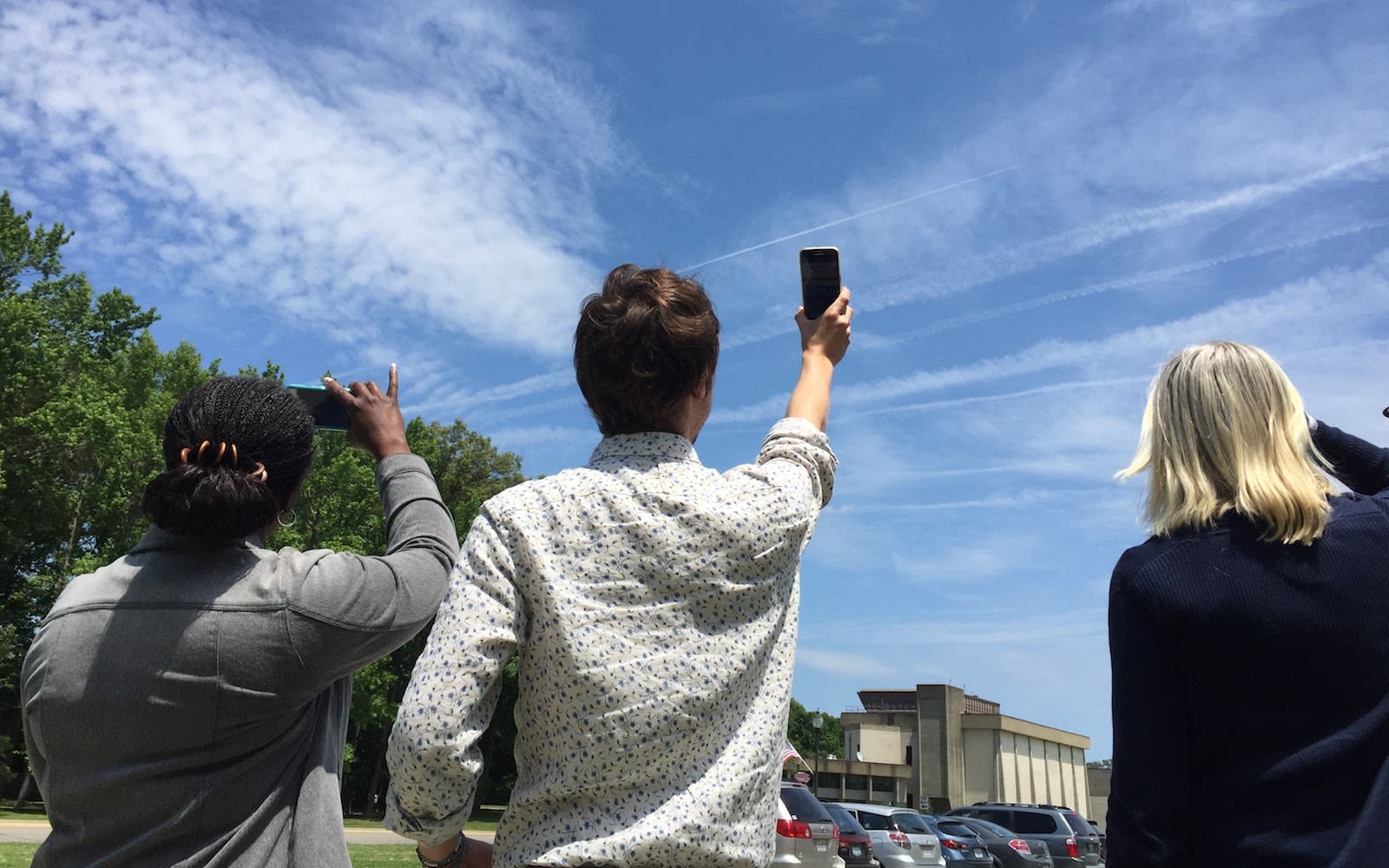 NASA announced this week that it's looking for some citizen scientists to help out with a project. Six orbiting instruments make up NASA's Clouds and the Earth's Radiant Energy System (CERES) project and they are used to study Earth's climate and the role clouds play in climate change. But sometimes it's hard for these instruments to differentiate clouds from other Earthly things. For example, NASA says that thin, wispy cirrus clouds and snow can easily be confused because they're both cold and bright. Differentiation gets even more difficult when these clouds hang out above patches of snow. And that's where citizen scientists come in.

NASA's looking for people to take pictures of clouds in the sky and share them through an app. If you time your photos to coincide with CERES satellites passing overhead, NASA can then compare the images taken from the instruments with the images taken from individuals down below and make sure what's being noted by its satellites as a cloud really is a cloud. "Looking at what an observer recorded as clouds and looking at their surface observations really helps us better understand the images that were matched from the satellite," Marilé Colón Robles, who heads NASA's GLOBE clouds team, said in a statement.

You can submit up to 10 photos per day between now and April 15th through the GLOBE Observer app. This is a particularly important time for the project because the seasons are changing, meaning the clouds are too. And the most recent addition to the CERES team is a satellite that was launched in November and began taking measurements in January. So NASA needs help verifying its data in particular.

You can find out more about how to take part and how to time your photos with passing satellites here. If you do manage to snap a pic within the same timeframe as an overhead satellite, NASA will send you an email within one week of your submission that shows you your image as well as the satellite's. You can check out some tips on how to observe clouds here.

In this article: ceres, citizenscience, climate, clouds, gear, globeclouds, nasa, satellite, space, TL18TSAT
All products recommended by Engadget are selected by our editorial team, independent of our parent company. Some of our stories include affiliate links. If you buy something through one of these links, we may earn an affiliate commission.