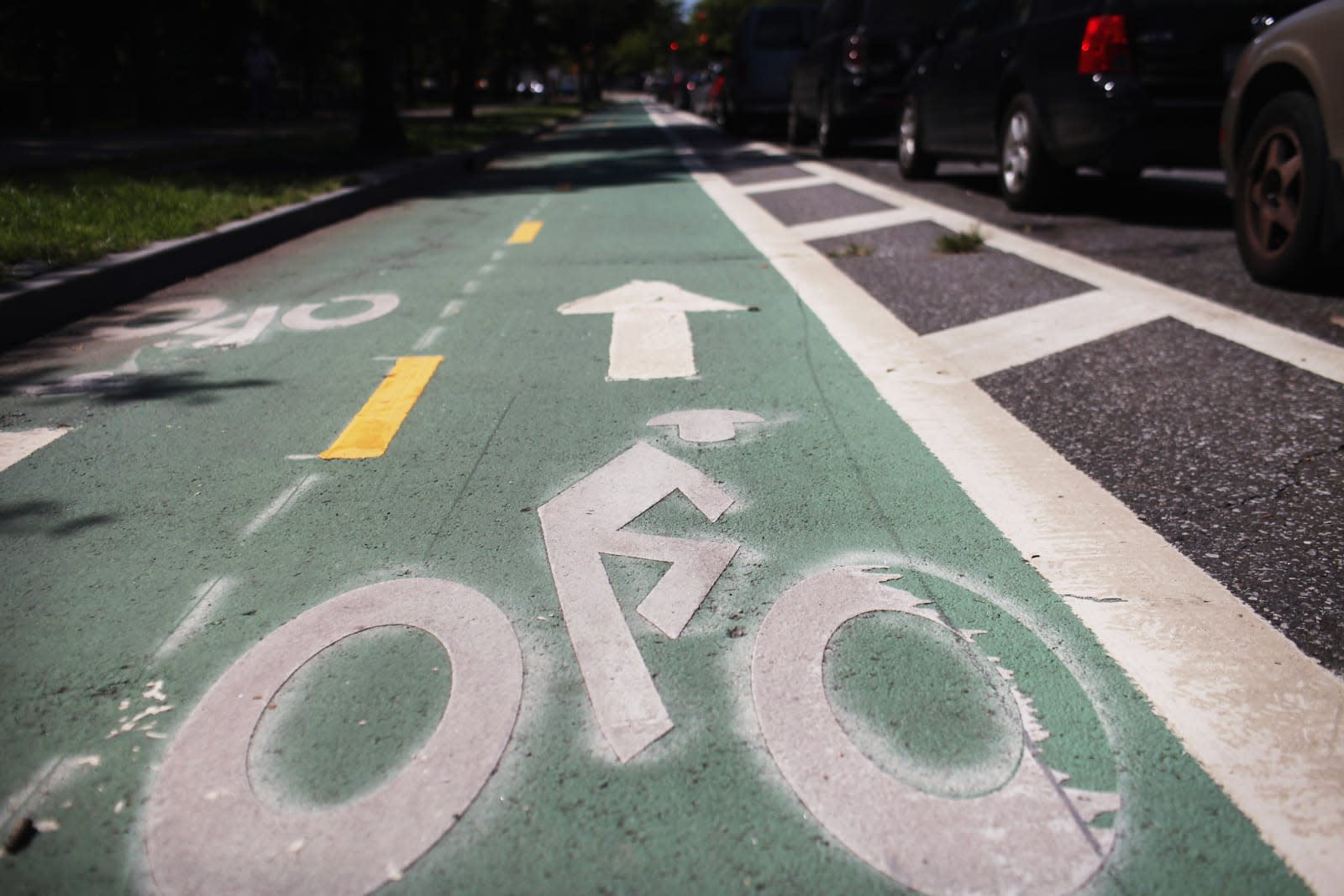 Alex Bell likes to bike around New York City, but he got fed up with how often bike lanes were blocked by delivery trucks and idling cars. So he decided to do something about it, the New York Times reports. Bell is a computer scientist and he developed a machine learning algorithm that can study traffic camera footage and calculate how often bike and bus lanes are blocked by other vehicles. He trained the algorithm with around 2,000 images of different types of vehicles and for bus lanes, he set the system to be able to tell the difference between buses that are allowed to idle at bus stops and other vehicles that aren't. Then, he applied his algorithm to 10 days of publicly available video from a traffic camera in Harlem.

It took Bell around three weeks to develop the algorithm and his system took about a day to analyze the traffic cam footage. The results showed that the bus lane on the block covered by the camera was blocked 57 percent of the time while the two bike lanes were blocked 40 percent of the time. Based on those numbers, Bell determined that approximately 850 vehicles had blocked the bike lane during those 10 days and 1,000 blocked the bus lane.

And while these findings are based on just one city block and a short period of time, the other 101 miles of bus lanes and 435 miles of bike lanes throughout the city suffer from the same issues. It's a problem many people want a solution to. In that regard, Bell has made his source code available on GitHub in the hopes that more people will use it and get a more accurate understanding of the scope of the problem. "We have big problems especially when it comes to transportation," Bell told the New York Times. "I am hoping that just seeing the data will help it be less ignorable."

In this article: algorithm, bikelanes, buslanes, gear, MachineLearning, NewYorkCity, transportation
All products recommended by Engadget are selected by our editorial team, independent of our parent company. Some of our stories include affiliate links. If you buy something through one of these links, we may earn an affiliate commission.