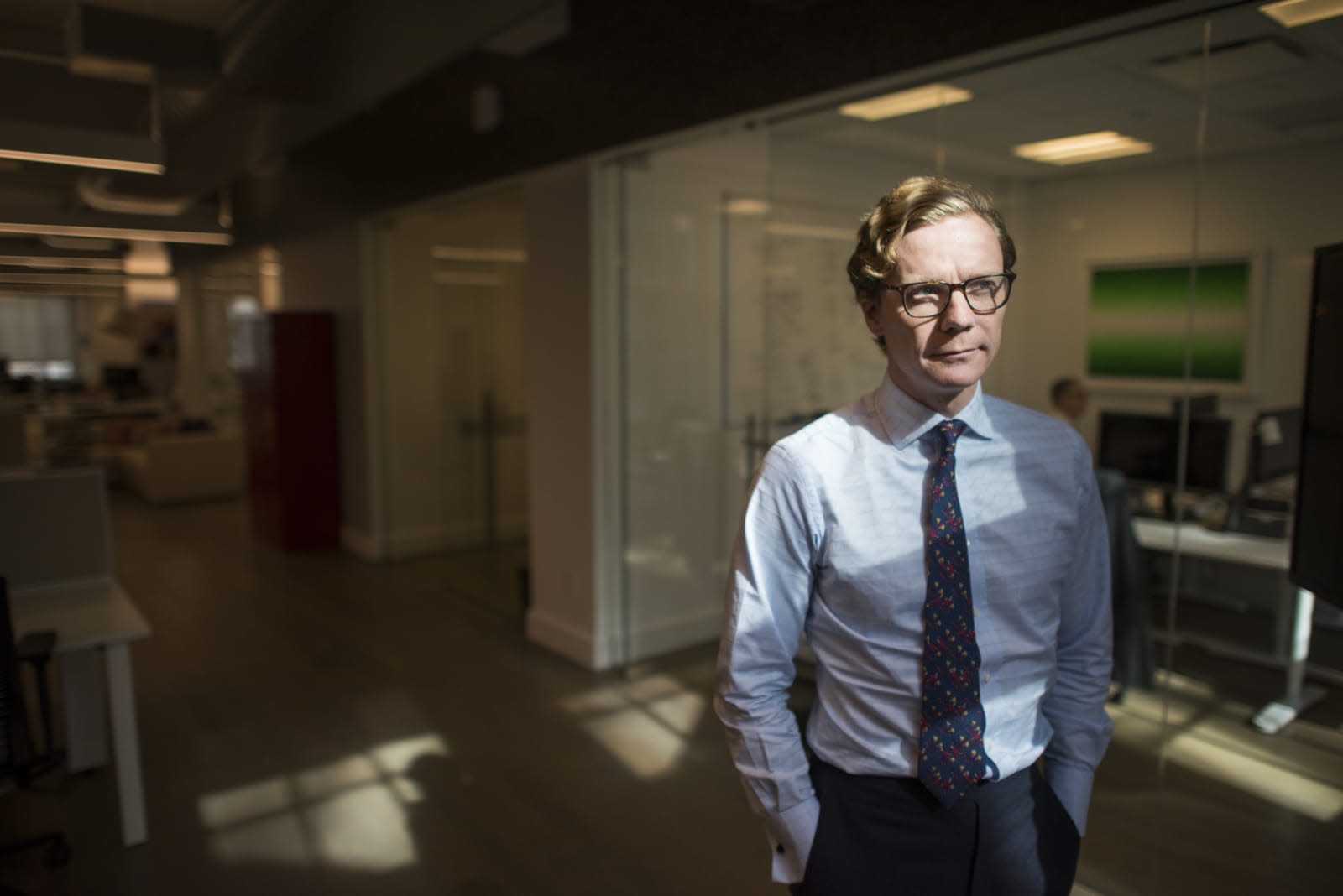 It has only been a few days since Facebook pulled access from Cambridge Analytica and some of its associates -- for allegedly retaining data on millions of accounts that it pulled in via a "personality" app in 2014 -- but the scrutiny around both companies continues to intensify. Today, UK's Channel 4 aired the results of an undercover investigation that shows Cambridge Analytica representatives -- including CEO Alexander Nix -- talking about how its strategies have worked in more than two hundred elections around the world, saying that employees can be disguised as researchers, and even using sex workers to entrap political opponents.

In a statement, Cambridge Analytica said that "Assessing the legality and reputational risks associated with new projects is critical for us, and we routinely undertake conversations with prospective clients to try to tease out any unethical or illegal intentions. The two Cambridge Analytica executives at the meeting humoured these questions and actively encouraged the prospective client to disclose his intentions. They left with grave concerns and did not meet with him again." Said Nix, "In playing along with this line of conversation, and partly to spare our 'client' from embarrassment, we entertained a series of ludicrous hypothetical scenarios. I am aware how this looks, but it is simply not the case. I must emphatically state that Cambridge Analytica does not condone or engage in entrapment, bribes or so-called 'honeytraps', and nor does it use untrue material for any purpose."

However, now that the report has aired (you can watch here), UK Information Commissioner Elizabeth Denham said that she is seeking a warrant to search CA's offices. Guardian reporter Carolyn Cadwalladr said that Facebook actually entered the offices tonight, but "stood down" after intervention by the ICO, which plans to go in tomorrow morning. In the US, Sen. Dianne Feinstein asked Judiciary Committee Panel Chairman Chuck Grassley to hold hearings on the matter, with testimony sought from Nix, whistleblower Christopher Wylie and Professor Aleksandr Kogan, as well as officials from the Trump campaign.

To be clear, @facebook was trying to "secure evidence" ahead of the UK authorities. Nice try, @facebook. The UK Information Commissioner's Office cracking whip...British legal investigation MUST take precedence over US multibillion $ company.. https://t.co/CNNXwv1M3R

From Facebook's end, while the company has already announced the hiring of a forensics firm to go over the data it thinks CA retained, VP Andrew Bosworth followed up his comments from the weekend with more details and answers to questions he's received. Oh, and The New York Times reports that its CSO, Alex Stamos, is leaving the company after internal disagreements over how the company handles spreading disinformation.

In this article: alexandernix, cambridgeanalytica, channel4, facebook, gear, internet, sting
All products recommended by Engadget are selected by our editorial team, independent of our parent company. Some of our stories include affiliate links. If you buy something through one of these links, we may earn an affiliate commission.