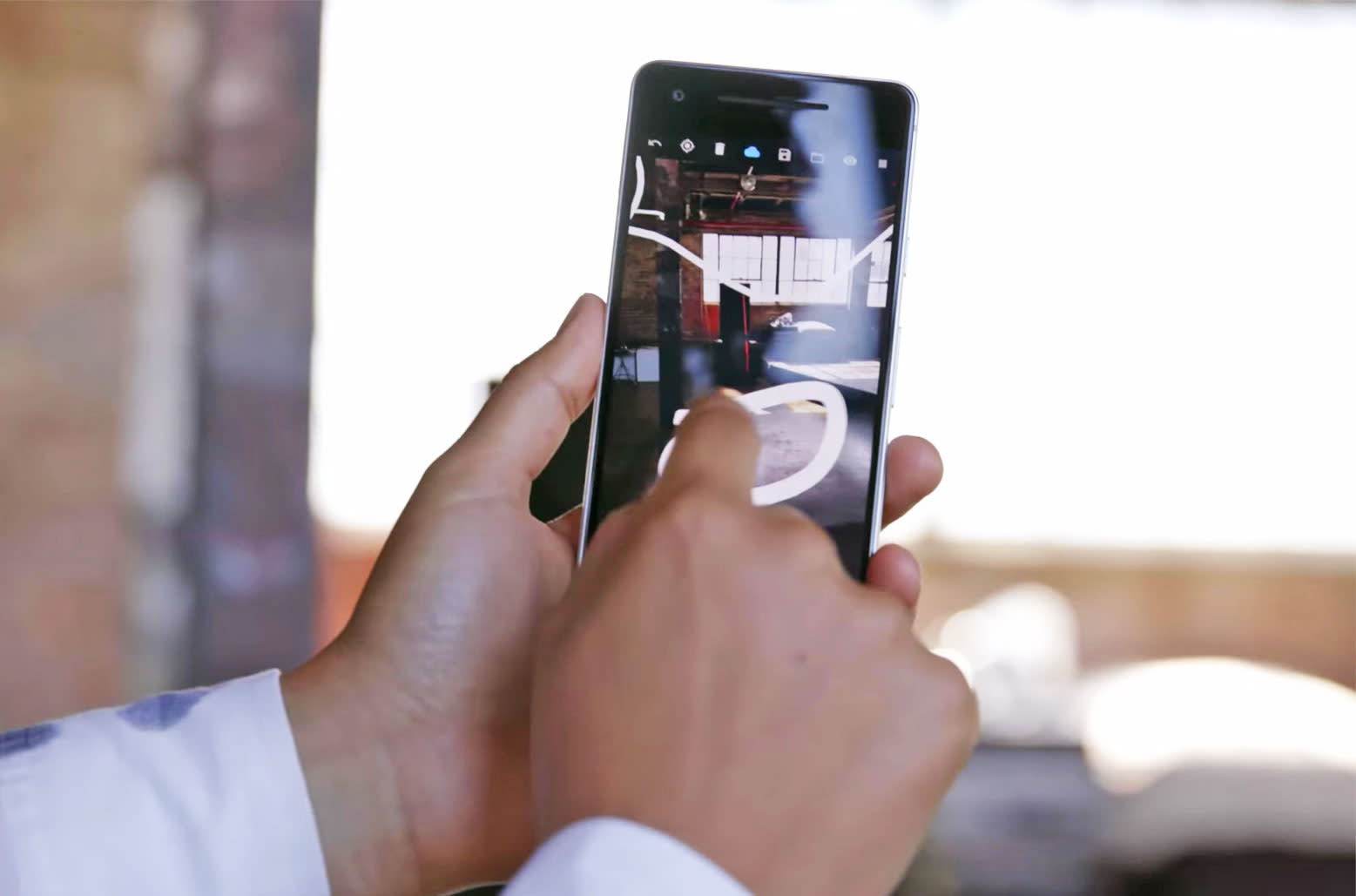 Now that Android's ARCore platform is a practical reality, augmented reality apps are coming out of the woodwork. Google has announced that more than 60 ARCore-capable apps are launching on the Play Store this week, many of them games arriving in sync with the Game Developers Conference. Some have them have already arrived, including virtual pet game My Tamagotchi Forever that launched on March 15th. It's also using the timing to highlight practical apps like Pottery Barn's 3D Room View and eBay's Which Box (which tells you how large a box you need to ship an item). One of the new apps even comes from Google itself -- it's launching an experiment.

The newly released Just A Line (shown above) lets you make simple drawings in a 3D space, wander around them and share them as short videos. Think light drawing, just in a way that doesn't require someone jumping in front of a camera. The app works on any Android phone that supports ARCore. While it's just an experiment, we could see it being handy if you want to add flourishes to videos that might otherwise seem relatively tame.

Those 60-plus titles are a drop in the bucket relative to the millions of apps in the Play Store, and they're a reflection of how young mobile augmented reality is. Even on iOS, where the comparable ARKit has been available since September, data from Apptopia suggested that fewer than 1,000 apps used the framework as of early January. However, ARCore's expansion is no mean feat for a cutting-edge platform that's just under a month old. We'd expect a flood of new releases for a while, especially now that developers can make augmented reality apps that offer largely similar experiences across platforms.

In this article: gaming, gdc2018, gear, google, mobile, tendar, video, walkingdeadourworld
All products recommended by Engadget are selected by our editorial team, independent of our parent company. Some of our stories include affiliate links. If you buy something through one of these links, we may earn an affiliate commission.