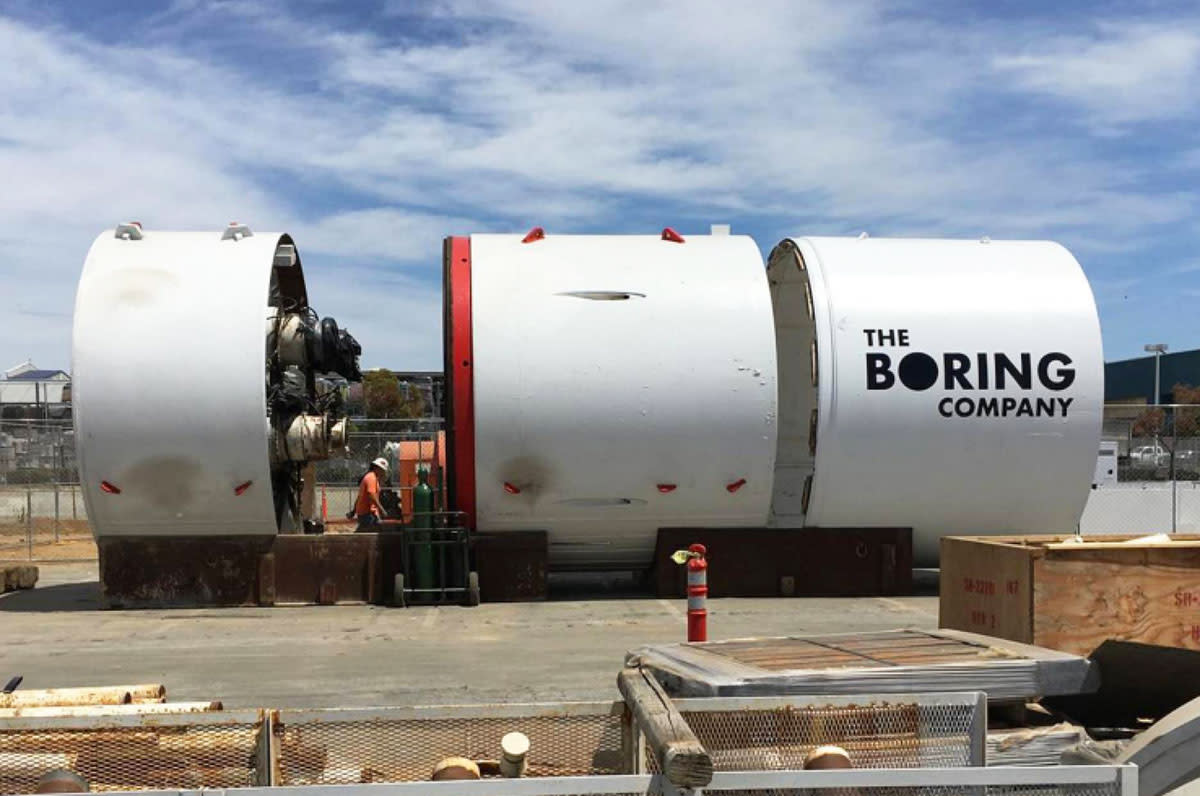 Apparently flamethrowers weren't enough. The next merchandise Elon Musk's Boring Company will sell are life-sized Lego bricks that you can use to build your own structures. The bricks are made of rock extracted during The Boring Company's drilling, and according to tweets from Musk, they interlock and have a "precise surface finish" so they could double as affordable housing materials. Initially, they'll be sold in kits to recreate versions of ancient Egyptian structures like pyramids and the Sphinx. It stands to reason that Musk could use these to build the Hyperloop infrastructure and stations, too.

Musk says the bricks are rated for California seismic loads, so they should be plenty strong, and that they'll be bored in the middle so they aren't nearly as heavy as they look. More than that, two people could use the bricks to build a small house's outer structure in "a day or two." It isn't clear if that's an entire house, or just the basement/foundation.

There isn't a timeline for when you'll be able to purchase these, either, but Musk says they'll go on sale soon. They aren't nearly as wild as a flamethrower, but while flamethrowers are flashy, they don't exactly address the dearth of affordable housing in bigger cities.

Yeah, the boring bricks are interlocking with a precise surface finish, so two people could build the outer walls of a small house in a day or so

In this article: bricks, buildingmaterials, california, elonmusk, lego, mud, theboringcompany, tomorrow, transportation
All products recommended by Engadget are selected by our editorial team, independent of our parent company. Some of our stories include affiliate links. If you buy something through one of these links, we may earn an affiliate commission.