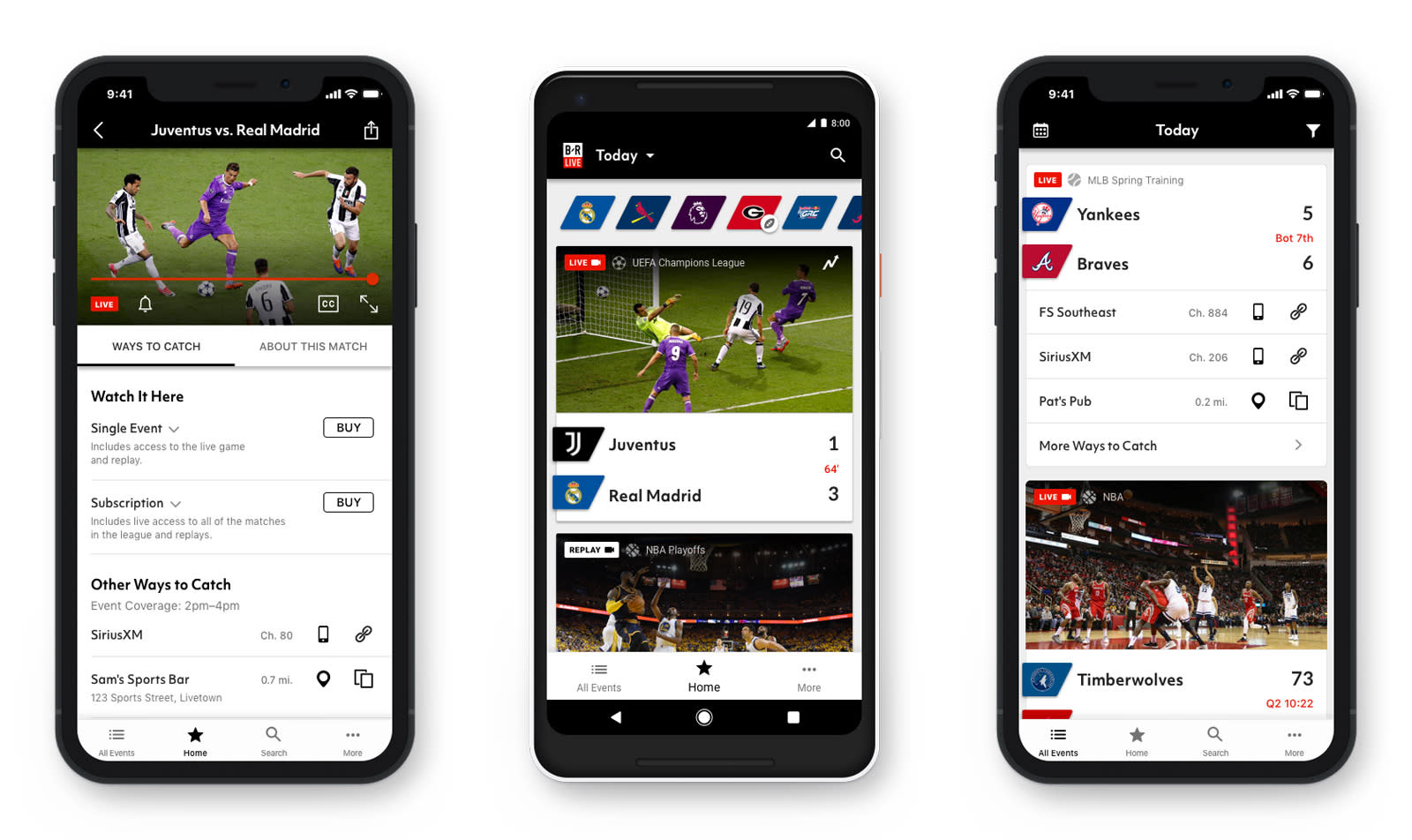 Turner's long-in-the-making live sports service is here... almost. The broadcaster has announced that its Bleacher Report Live service will debut April 7th in a free preview mode, with "flexible" pricing when you have to start paying in the summer. It'll present live sports in a Facebook-style home feed, with personalization that aggregates content based on your tastes. The sports selection won't suit everyone's tastes (you may want to consider ESPN+), but there are some reasons you'd want to consider BR Live over other options.

For one, you can use it to watch NBA League Pass games, including the recently added option to watch in-progress games at a lower price. You can also expect to watch UEFA Champions League and Europa League soccer (aka football) matches, a total of 65 NCAA championships, the PGA Championship and more niche sports like the Red Bull Global Rallycross and National Lacrosse League. You won't be watching NFL, MLB or NHL games in the near future, then.

The service will initially be available on Android, iOS and the web. You'll have to use AirPlay or Google Cast to watch on the big screen, unfortunately. That may make it a tough sell if you intend to use this as an alternative to a TV subscription, but Turner is no doubt betting there are many viewers who are more interested in watching away from home than a traditional living room experience.

In this article: android, bleacherreportlive, gear, internet, ios, mobile, nba, nbaleaguepass, ncaa, pga, services, sports, streaming, turner, uefa, UefaChampionsLeague, uefaeuropaleague, web
All products recommended by Engadget are selected by our editorial team, independent of our parent company. Some of our stories include affiliate links. If you buy something through one of these links, we may earn an affiliate commission.