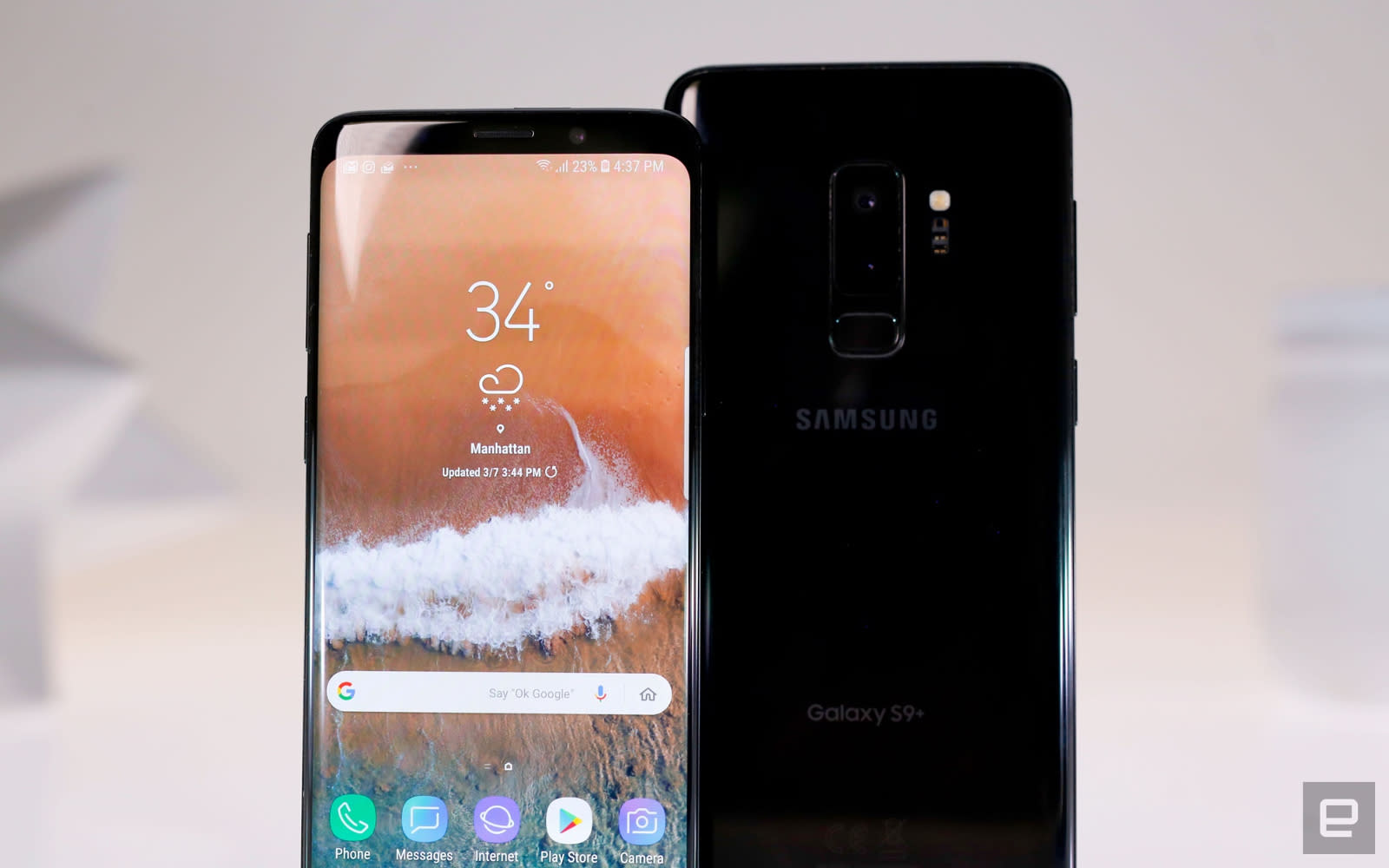 Samsung took over Intel's throne as the biggest chipmaker by revenue in the last quarter of 2017, and it isn't showing any signs of slowing down. The Korean conglomerate has released its earnings guidance for Q1 2018, and while the figures include Galaxy S9 sales, Bloomberg says it's mostly thanks to its chip business that its profit is expected to be higher than projected. Samsung's chip division is reportedly responsible for the largest portion of its profit from January to March. It estimates its profit to be around 15.6 trillion Korean won (US$14.7 billion), up a few hundred million from Q4 2017.

The company also estimates its sales to reach approximately 60 trillion Korean won (US$56.1 billion), which is lower than the previous quarter's 66 trillion won, but higher than Q1 2017's 50.55 trillion. In all, Samsung seems to have done well in the first three months of the year. According to Bloomberg, the continuous demand for Samsung's memory chips used in phones and servers outweigh concerns that its display division is performing poorly because the iPhone X isn't selling as well as expected. (If you'll recall, Samsung manufactures the displays used for Apple's all-screen device.)

However, not everybody's impressed with its chip division's stellar growth: the tech giant's shares fell after analysts predicted a similar or lower profit for the second quarter of 2018. They believe Samsung's growth will be hampered by memory chips' price increases, which won't be as steep as last year's, and Galaxy S9's rising marketing costs. Samsung hasn't revealed how well the Galaxy S9 itself is doing yet, but we'll learn more about it along with other details on the company's performance for Q1 2018 by the end of April.

In this article: earnings, galaxy, gear, guidance, mobile, s9, samsung
All products recommended by Engadget are selected by our editorial team, independent of our parent company. Some of our stories include affiliate links. If you buy something through one of these links, we may earn an affiliate commission.