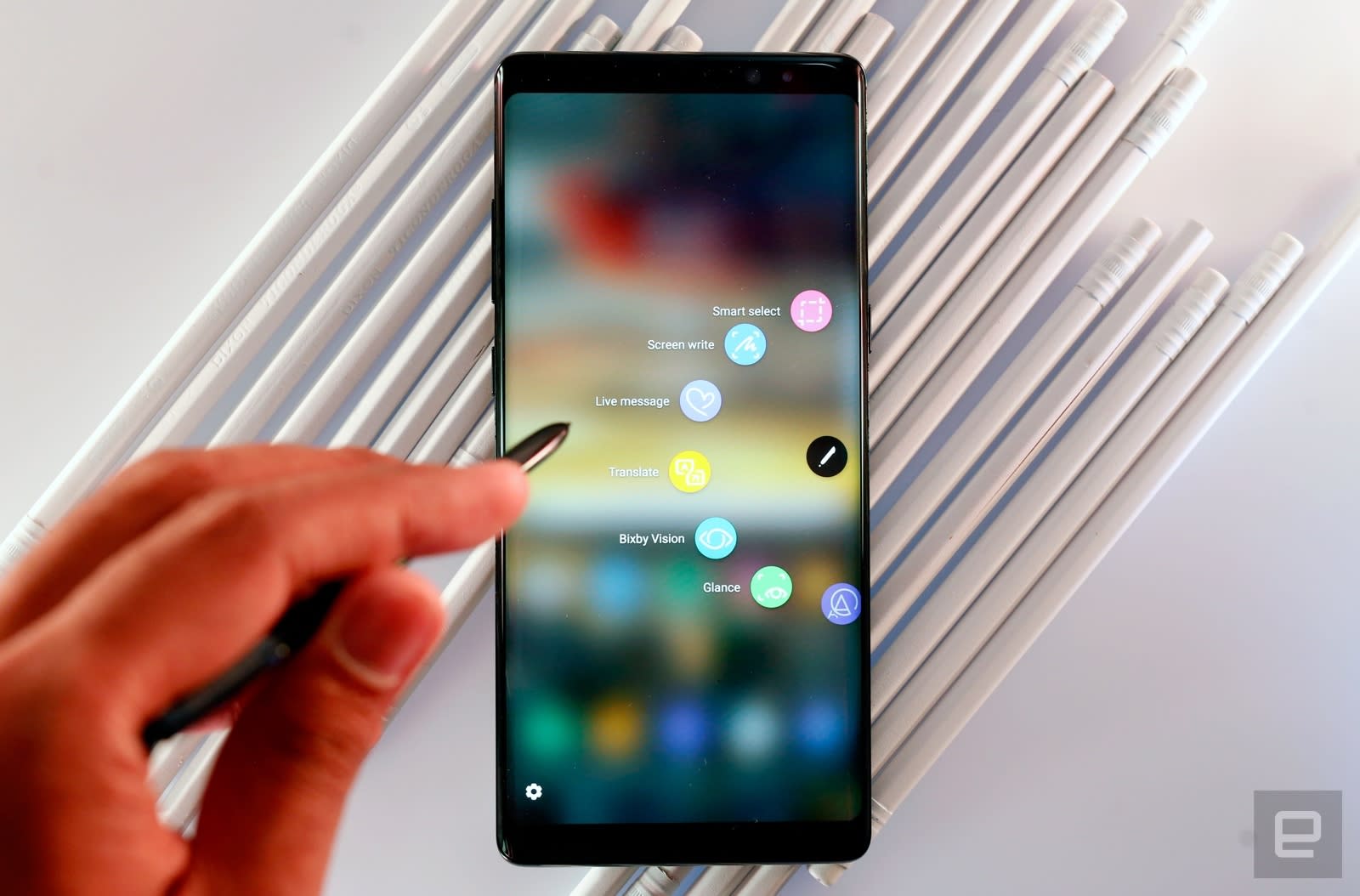 Samsung's head honcho was found guilty of bribery last year and its vice-chairman stepped down due to "unprecedented crisis," but that didn't affect the Korean conglomerate's cashflow at all. In fact, the company did very well in the fourth quarter of 2017 and the year as a whole: it posted a $14 billion operating profit for the quarter and $50 billion for 2017, thanks mostly to its strong chip and display business. That dwarfs its $8 billion operating profit for the fourth quarter of 2016, though that year's earnings were admittedly tainted by the Note 7 fiasco.

As Bloomberg noted, Samsung is now the biggest chipmaker by revenue, reporting $69 billion in chip sales for the year, larger than Intel's $63 billion. As for the display division, one of the biggest reasons why it did well in Q4 2017 is Apple, whose exclusive orders for the X's OLED displays helped Samsung offset the rising Korean won.

It's been a while since we've seen the company's mobile division become its top earner, and that definitely didn't happen in the fourth quarter. Samsung's mobile biz earnings were affected by the hike in marketing costs over the holidays, and the division's operating profit was down YOY from $2.3 billion in Q4 2016 to around $2.25 billion in Q4 2017. While Samsung saw a decrease in shipments for its low-end phones, its Galaxy Note 8 shipments were up from the previous quarter.

The chaebol, expecting a "growing replacement demand for premium smartphones," believes its mobile division will bounce back once it starts selling the Galaxy S9. It's scheduled to unveil the upcoming flagship on February 25th and will make it available for purchase soon after. Of course, Samsung also has big plans for its top-earning components business: it will expand its NAND production this year to be able to meet the growing demand for chips. In addition, it's putting a spotlight on OLEDs, which it believes will become a "mainstream panel in the smartphone industry."

In this article: earnings, galaxys8, gear, mobile, q42017, samsung
All products recommended by Engadget are selected by our editorial team, independent of our parent company. Some of our stories include affiliate links. If you buy something through one of these links, we may earn an affiliate commission.