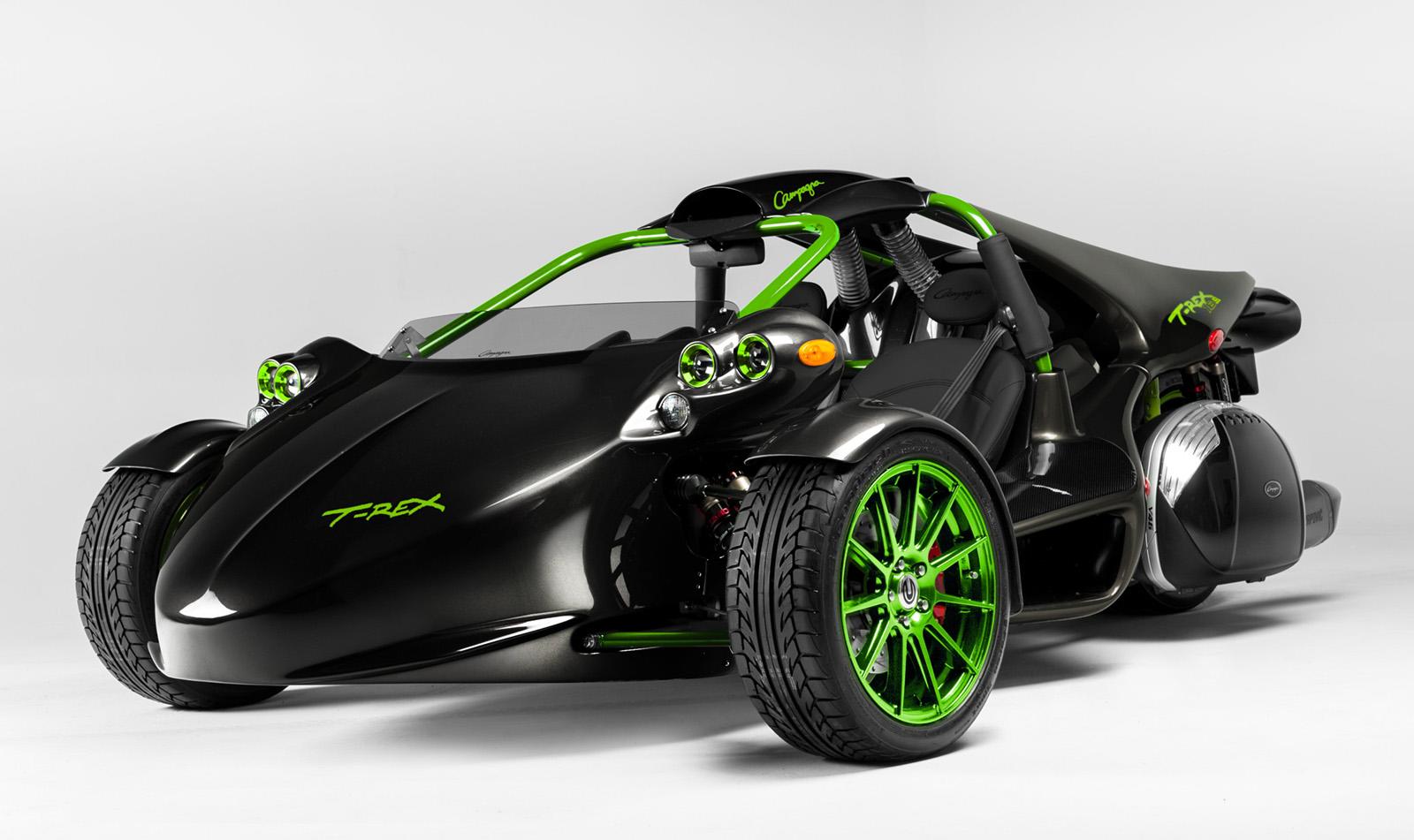 The next type of vehicle to get electrified will be a three-wheeler, it seems. Campagna motors announced that it will unveil a 100 percent electric version of its T-Rex three-wheeler using a powertrain from Zero Motorcycles. With that, Zero is continuing to expand its side business supplying parts for other electric vehicle builders. It's also working with Curtiss Motorcycles on the all-electric Hercules cruiser bike, and had been working on an electric jet-ski until recently.

The gasoline version of Campagna's T-Rex 16SP, powered by a 160 horsepower BMW 1649 cc engine, can hit 0-60 mph in under 4 seconds, and corner with 1.3G of lateral acceleration. That performance comes at quite a price, starting at $66,000, and an electric version might cost even more. Zero motorbikes, are known being fun to ride but more expensive than regular motorcycles. Like EVs, they can't go as far as gas-powered bikes, but Zero recently introduced fast-charging to make that less of a problem.

Campagna said the electric T-Rex (e-Rex?) will be an "even more dynamic and unique offering" than its other exotic models. It will unveil the prototype at the Montreal Electric Vehicle Show starting April 20th, and show off an even more advanced version this summer.

In this article: Campagna, EV, gear, green, T-Rex, Three-wheeler, transportation, ZeroMotorcycles, hidden:vv_16x09:dcfbd718-c94f-3057-b9e3-9ad16578881d
All products recommended by Engadget are selected by our editorial team, independent of our parent company. Some of our stories include affiliate links. If you buy something through one of these links, we may earn an affiliate commission.