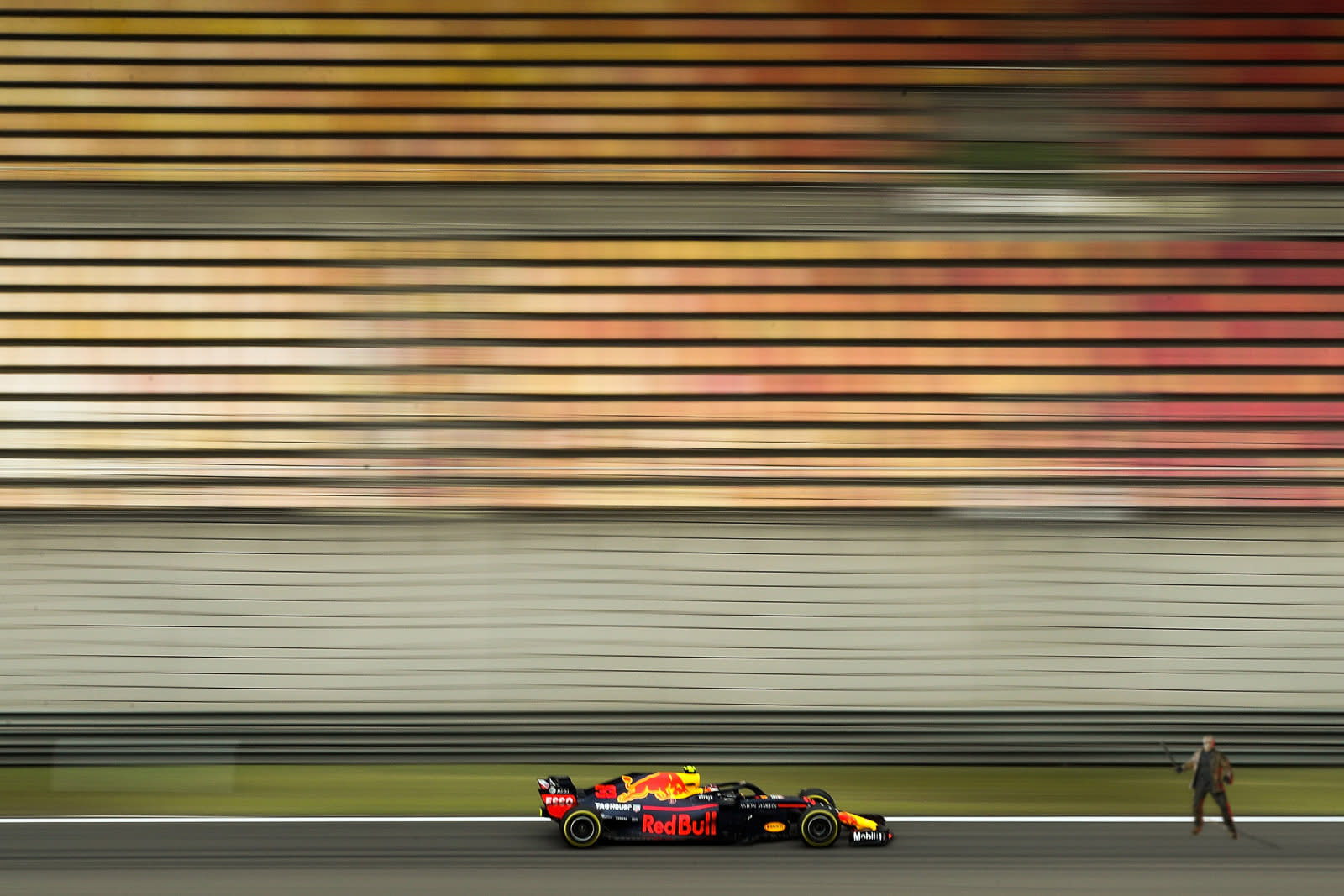 We're almost halfway through April, and Formula 1's streaming service hasn't launched as promised. The racing organization announced today that F1 TV will now be available next month ahead of the 2018 Gran Premio De Espana. Annual subscription rates are available for between $70 and $150, or $8 - $12 per month. "The service will be priced according to market," the announcement reads.

The higher-pried "Pro" tier will offer live races and access to cameras on all 20 drivers' cars in addition to what sounds like a picture-in-picture mode for viewing multiple feeds at once. As previously announced, all pre-race practices, qualifying races and pre-and-post race press conferences will be streamed as well. The FIA Formula 2 Championship, GP3 Series and Porsche Supercup will be added later in the season.

The lower-priced option translates to extended highlight reels and "unprecedented access" to F1's deep archives of historic video. As far as live programming goes, however, you'll be limited to race timing data and radio broadcasts, according to F1. That'll launch on a "near-global" basis alongside Pro next month.

For now, there's a small, closed beta that'll run through the Heineken Chinese Grand Prix and Azerbaijan Grand Prix. To see if you're in the coverage zone, hit the source link below.

Need something to fill in the gaps until F1 TV begins broadcasting? The F1 eSports league starts competition today, and you can all but guarantee that the proceedings will be streaming on Twitch.

In this article: av, f1esports, f1tv, formulaone, gear, ott, streaming
All products recommended by Engadget are selected by our editorial team, independent of our parent company. Some of our stories include affiliate links. If you buy something through one of these links, we may earn an affiliate commission.