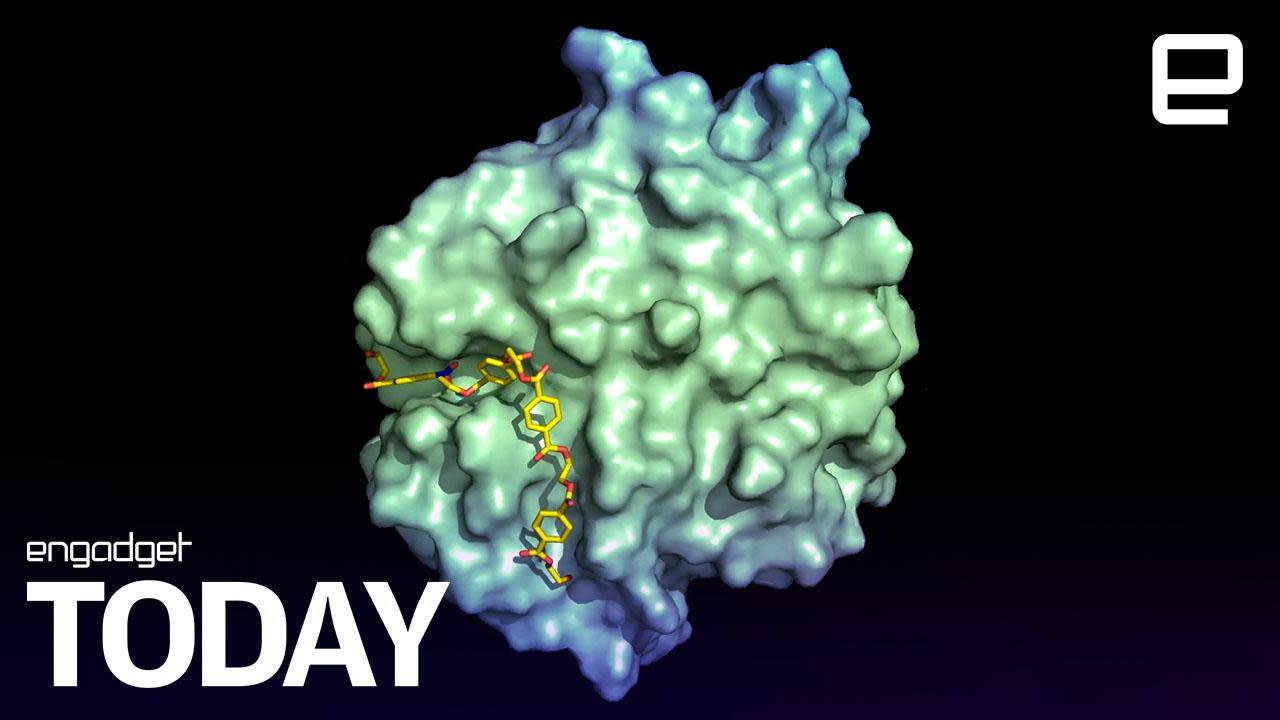 There are research teams around the world dedicated to finding a remedy for the growing plastic pollution crisis, but now it seems that one group of scientists have found a feasible answer -- and they stumbled upon it by accident. Researchers studying a newly-discovered bacterium found that with a few tweaks, the bug can be turned into a mutant enzyme that starts eating plastic in a matter of days, compared to the centuries it takes for plastic to break down in the ocean.

The surprise discovery was made when scientists began investigating the structure of a bacterium found in a waste dump in Japan. The bug produced an enzyme, which the team studied using the Diamond Light Source, an intense beam of X-rays 10 billion times brighter than the sun. At first, the enzyme looked similar to one evolved by many kinds of bacteria to break down cutin, a natural polymer used by plants as a protective layer. But after some gentle manipulation, the team actually improved its ability to eat PET (polyethylene terephthalate), the type of plastic used in drinks bottles.

Speaking to The Guardian, Professor John McGeehan, who led the research from the University of Portsmouth, said the discovery was "a bit of a shock," but that it could have a significant impact on the mounting global plastics problem. PET bottles that are currently recycled can only be turned into fibers for clothing and carpets. The mutant enzyme could be used to turn plastic back into its original components. "It means we won't need to dig up any more oil and, fundamentally, it should reduce the amount of plastic in the environment," said McGeehan.

Existing examples of industrial enzymes, such as those used in detergents and biofuels, have been manipulated to work up to 1,000 times faster in just a few years -- McGeehan believes the same could be possible with the new enzyme: "It gives us scope to use all the technology used in other enzyme development for years and years and make a super-fast enzyme." According to the team, potential future uses for the enzyme could include spraying it on the huge islands of floating plastic in oceans to break down the material.

Plastic pollution has seen renewed focus in recent times, thanks largely to attention drawn by David Attenborough's Blue Planet II series, and through a number of legislative proposals. Science has examined a huge range of solutions, from plastic-plucking robots to infrared identification from space, but the discovery of this mutant enzyme could herald an entirely new way of dealing with the issue.

In this article: aoloriginals, DailyShow, diamondlightsource, Engadget, EngadgetToday, EngadgetVideo, entertainment, enzyme, green, marine, microbiology, oceans, PET, plastic, pollution, recycling, tomorrow, waste, hidden:vv_3x4:f09d35fd-81af-3039-ab3f-cf841c967d01, hidden:vv_16x09:596016cd-4c2d-35b8-9600-22b2023f7188, hidden:vv_09x16:f6e8e033-3dc6-31a5-97fe-7e1e674392ff
All products recommended by Engadget are selected by our editorial team, independent of our parent company. Some of our stories include affiliate links. If you buy something through one of these links, we may earn an affiliate commission.