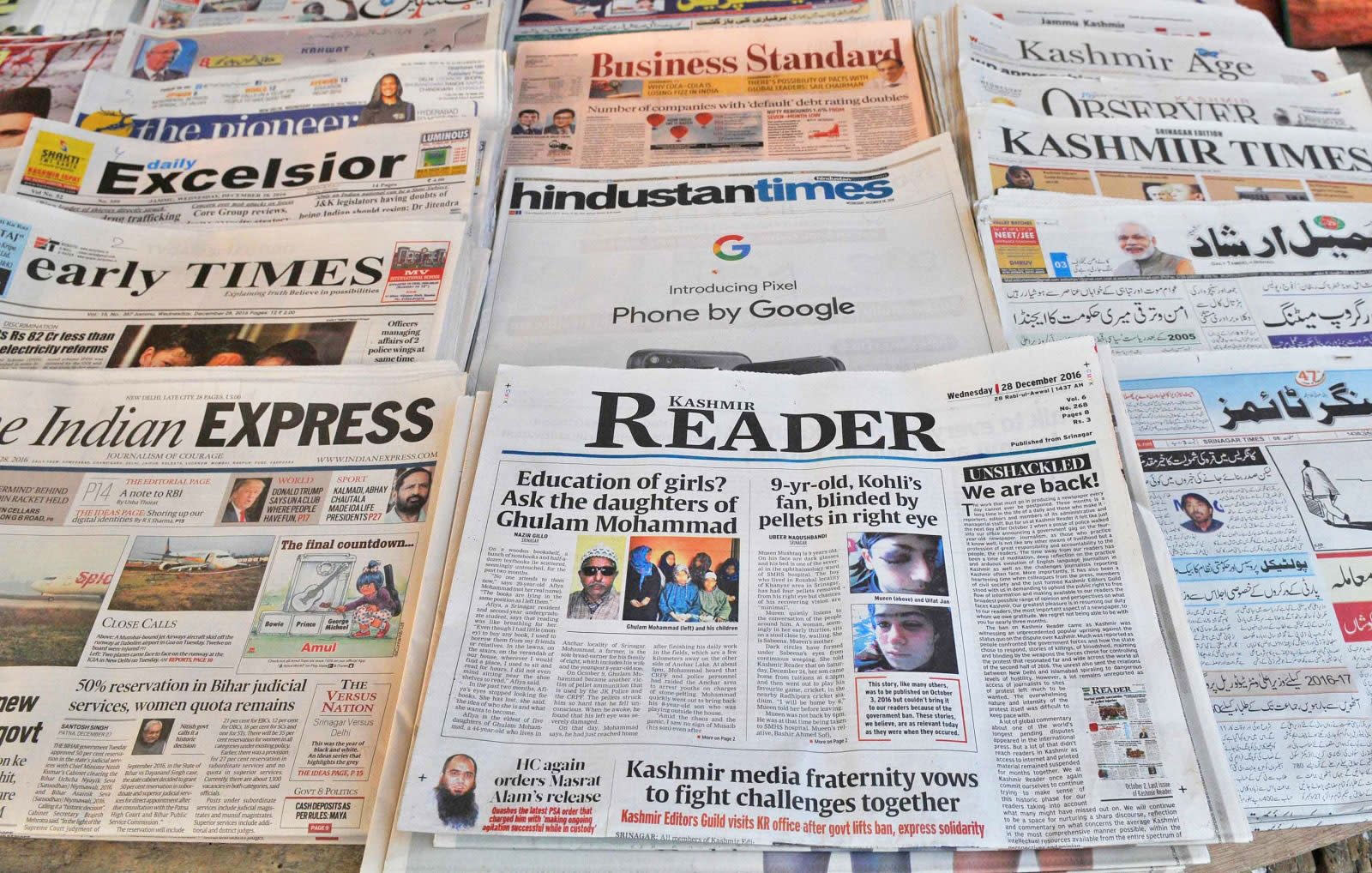 Facebook announced this week that it has begun piloting a fact-checking program in India, it's largest market. Boom, which is certified through the International Fact-Checking Network, will review English language stories flagged on Facebook and provide accuracy ratings after checking the stories' facts. The pilot will first roll out in the Indian state of Karnataka where an important election is scheduled to take place in May.

Following the 2016 US presidential election, Facebook came under fire for not doing enough to stop the spread of fake news on its platform. It has since introduced a number of features aimed at stemming the spread of misinformation -- fact-checking being one of them. As in other markets where Facebook already utilizes fact-checkers, stories found by Boom to be inaccurate, will be pushed further down in News Feed. Facebook says it has been able to reduce the distribution of false stories by 80 percent. Additionally, Pages that repeatedly spread false news stories will also see their distribution reduced and will lose the ability to advertise or make money off of ads.

Facebook has said elections are a major priority for the company -- Mark Zuckerberg reiterated this point numerous times during his Congressional hearings last week. It made concerted efforts to prevent the spread of misinformation and remove fake accounts ahead of major German and French elections last year. Along with a number of state elections taking place this year, India is gearing up for a national election in 2019.

Alongside its fact-checking efforts, Facebook will also continue to show articles debunking false stories in the Related Articles connected to the original and anyone or any Page that shares a story found to be rife with misinformation will get a notification that they've done so.

Boom told BuzzFeed News that it would be hiring two additional people to focus on Karnataka-related stories.

In this article: election, facebook, factchecking, FakeNews, gear, india, internet, politics
All products recommended by Engadget are selected by our editorial team, independent of our parent company. Some of our stories include affiliate links. If you buy something through one of these links, we may earn an affiliate commission.