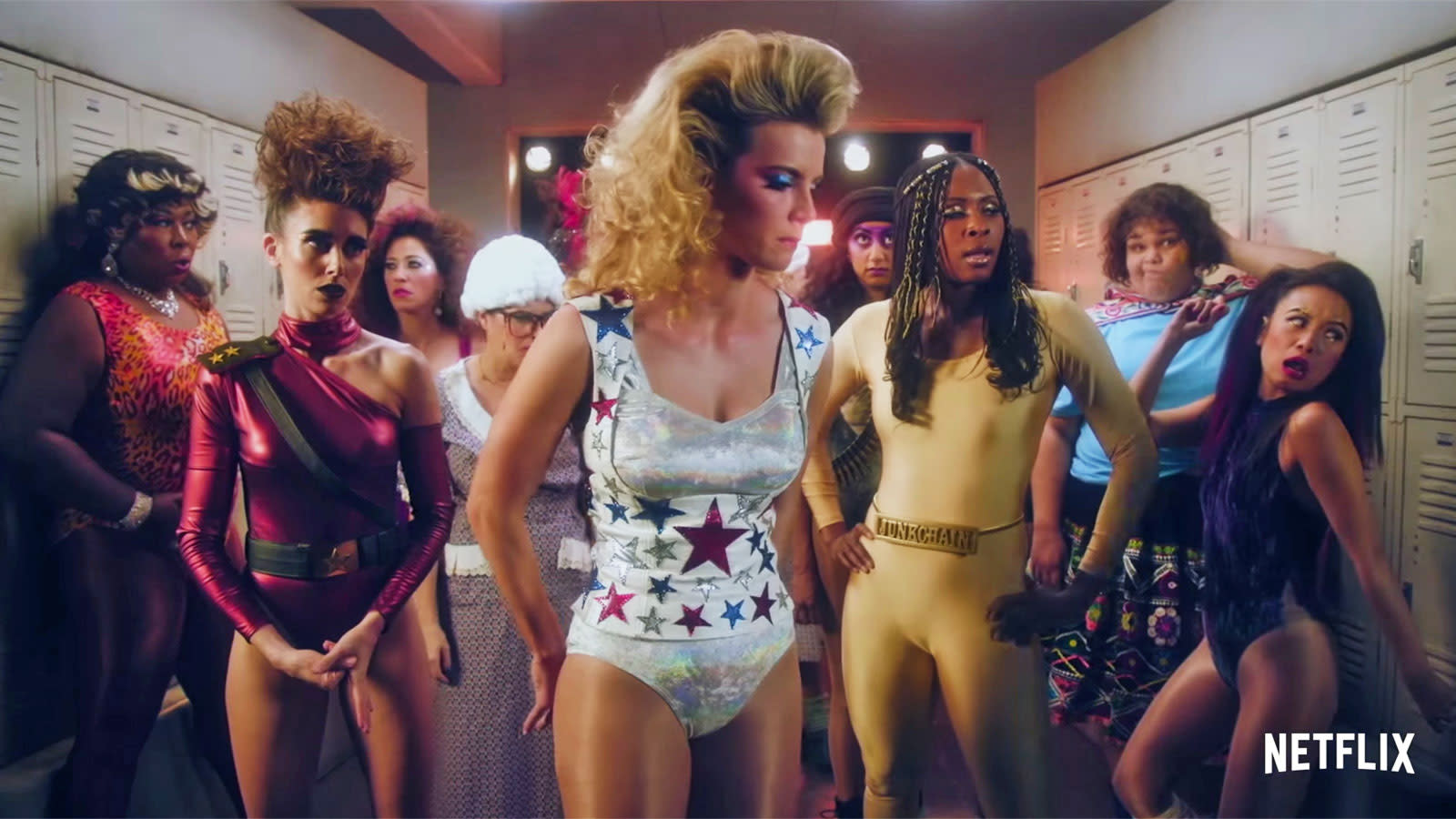 At last, Netflix's comedic ode to women's pro wrestling is getting its promised follow-up. The streaming service has revealed that the second season of GLOW will premiere on June 29th. The teaser clip is really a tribute to all thing '80s (we hope you like Flashdance), but Netflix's press description gives a better clue as to what's coming next. The Gorgeous Ladies of Wrestling have to confront the "realities of their newfound fame," while Ruth and Debbie tackle their problematic friendship and Sam gets used to having his teenage daughter at home.

As we noted back in June 2017, the first season of GLOW proved to be a hit both because of its stellar cast (and not just big names like Alison Brie or Marc Maron) and its ability to cover everything from the many, many tropes of pro wrestling to personal drama and social issues. We'd expect more of the same in the second season, especially now that the creators can spend less time setting up the premise and more time on the plots both inside and outside of the ring.

In this article: av, entertainment, glow, internet, netflix, services, streaming, television, tv, video, wrestling
All products recommended by Engadget are selected by our editorial team, independent of our parent company. Some of our stories include affiliate links. If you buy something through one of these links, we may earn an affiliate commission.