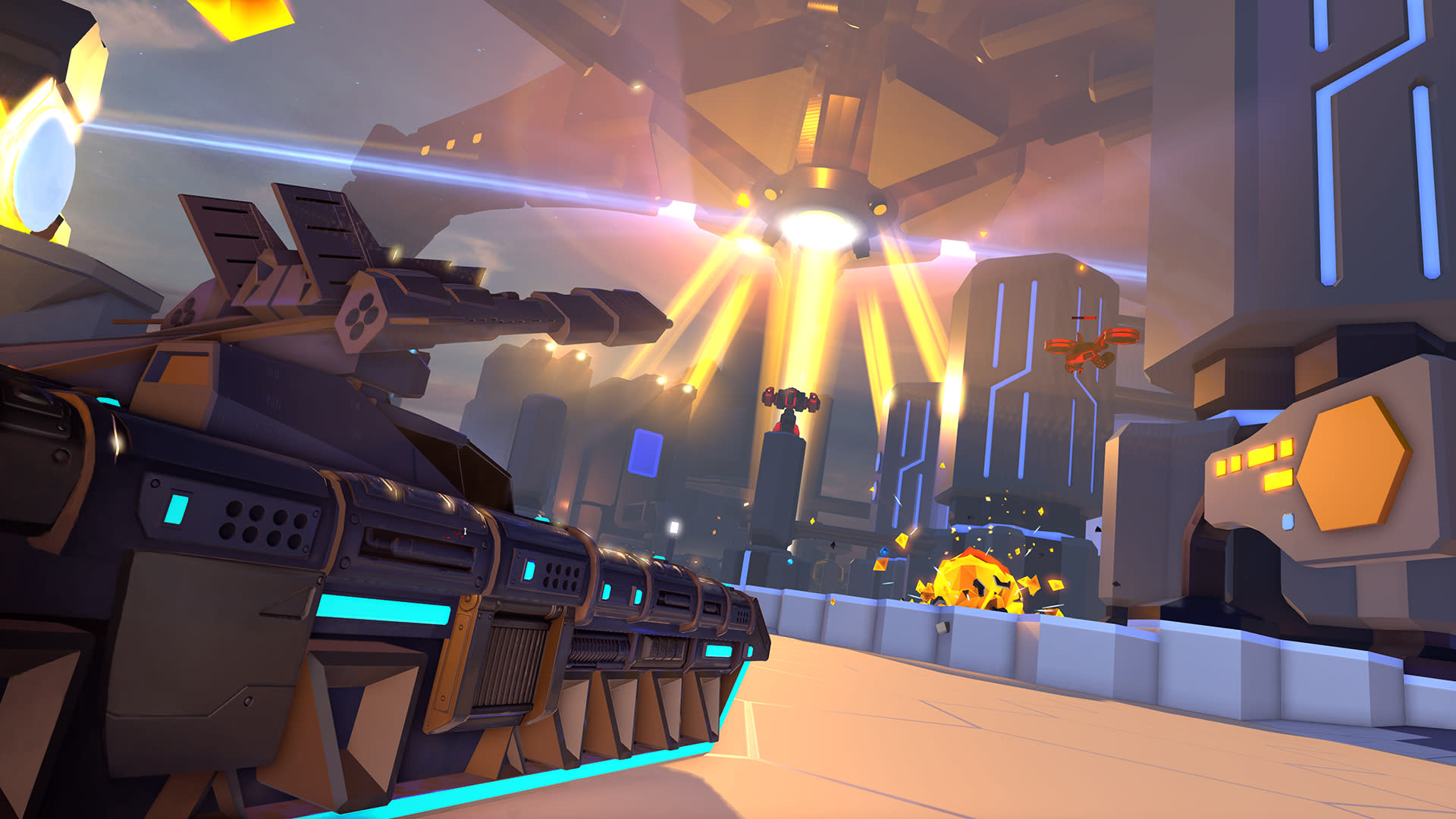 A few PSVR launch titles, like Here They Lie and EVE: Valkyrie, have gracefully released non-VR versions, and now VR tank sim Battlezone will follow suit. The revival of the same-named 80s classic debuted on the PSVR and was later ported to the Oculus Rift and HTC Vive, but now it will shed its vivid virtual world for a two-dimensional version. Battlezone: Gold Edition will be released on PC, PS4, Xbox One on May 1st for $30 -- and later in the summer, it will come to the Nintendo Switch.

Battlezone: Gold Edition collects all the bonus content, skins, bobbleheads and other extras released over the years. This includes the lovely Classic Mode aping the original 80s game's vectored green-line look to charming effect. Anyone who already owns regular version on PS4 or PC will get a free upgrade to the new version, including the ability to play without a VR headset.

In this article: av, battlezone, gaming, psvr, VirtualReality, vr
All products recommended by Engadget are selected by our editorial team, independent of our parent company. Some of our stories include affiliate links. If you buy something through one of these links, we may earn an affiliate commission.