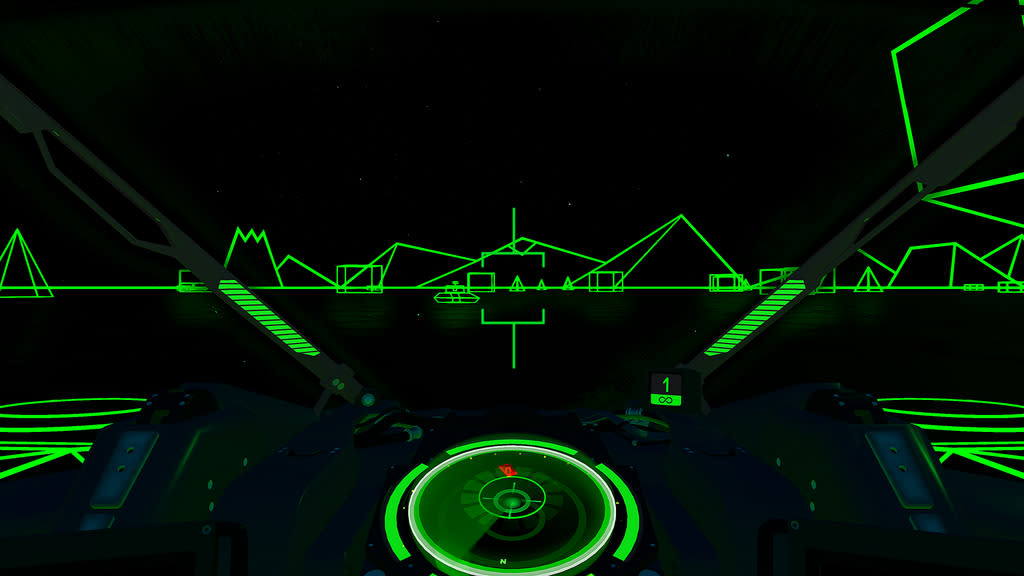 It's been 36 years since Atari released Battlezone and effectively created the first-person shooter in the process. The game's immersive periscope viewer and vector graphics influenced decades of game design and provided arcade goers with an early glimpse of what a virtual reality world could look like. While we've argued here that Battlezone's PSVR reboot is the ultimate fan service and a great first leap into VR gaming, it was still missing one key thing: the old-school, glowing green cathode-ray tube vibe of the original. That'll change next week, when Rebellion Studios adds a free Classic Mode update as their "faithful homage" to the title that arguably started it all.

According to Rebellion Studios lead programmer Richard May, making something new feel retro is more complicated than it sounds and "recreating the glowing green lines using our modern in-house engine required some workarounds." The controls, on the other hand, were a little simpler to rebuild since the team had already built out the two-track control system of the original arcade cabinets. And one more thing that's not changing: you still can't get any closer to that danged volcano in the distance.

In addition to Classic Mode, the free Battlezone update also adds new missions, levels and a game codex. The whole thing rolls out on December 20th.

In this article: av, battlezone, gaming, playstationvr, ps4, psvr, rebellionstudios, sony, wearables
All products recommended by Engadget are selected by our editorial team, independent of our parent company. Some of our stories include affiliate links. If you buy something through one of these links, we may earn an affiliate commission.