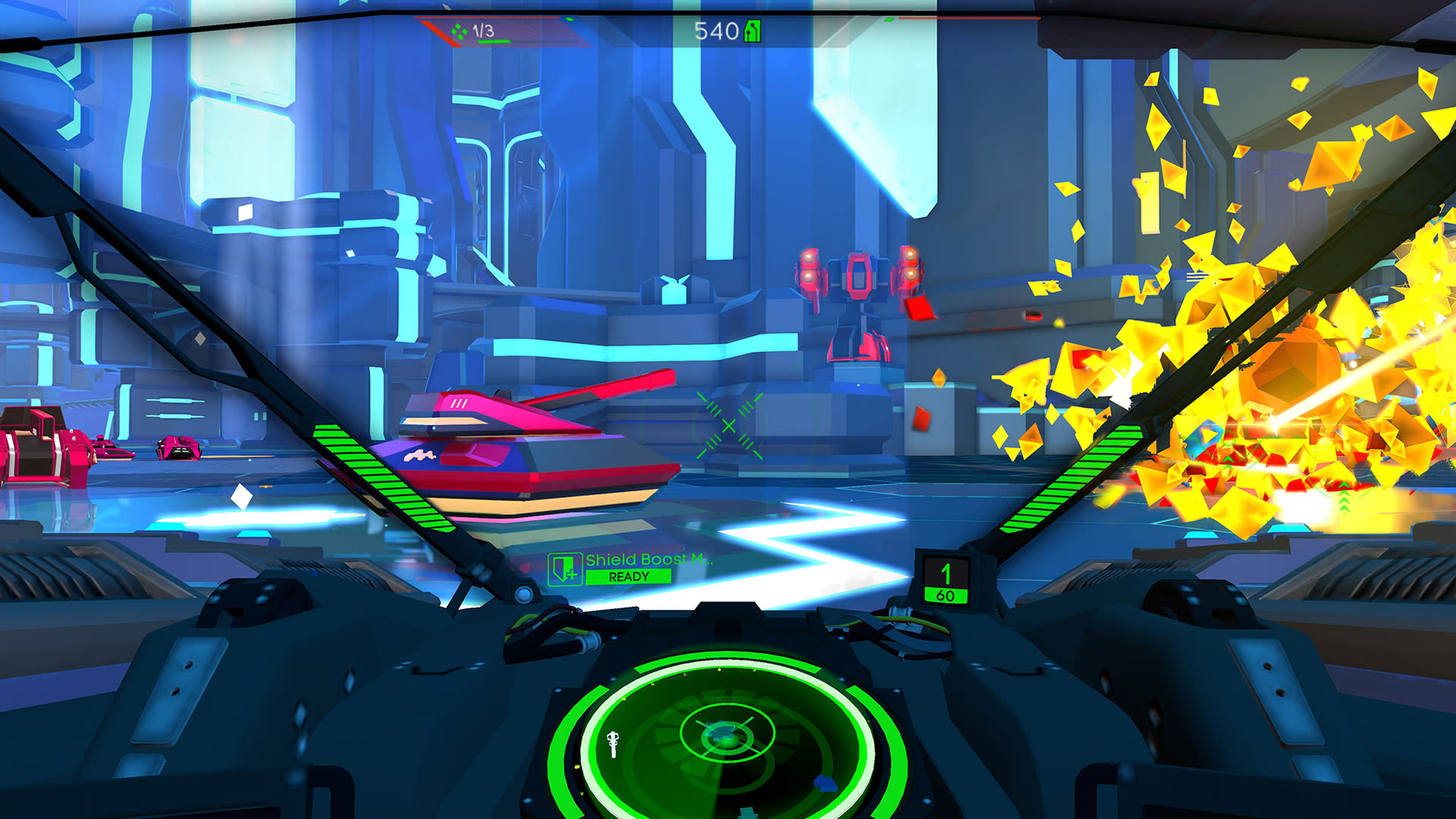 If you grew up in the age of arcades, you probably played Atari's seminal first-person tank game, Battlezone. In the arcade version, you'd play the game with your face stuck into a set of faux goggles that helped you feel like you were in the sweaty confines of an actual tank. It felt like stepping into a virtual world. When developer Rebellion rebooted the classic for PSVR, that 1980 promise of actual virtual reality was fulfilled. Battlezone is now making the leap from PlayStation to the PC via the VR goggles of the Oculus Rift and the HTC Vive.

Literally looking around your cockpit and the surrounding battle environments is pretty exciting, but this new version of Battlezone also has a co-op mode. You can cruise around each retro battlefield, blasting away at enemy targets with up to three of your buddies. While the visuals on this new VR Battlezone are rather simplistic, they do follow nicely from the original game's green vector graphics. Rebellion's Tim Jones called the PSVR iteration "a love letter to our roots really." Cramming your head into a set of VR goggles might even mimic that heady arcade feeling of the original. It's only available for VR, however, so you won't be able to play this new Battlezone in 2D.

The new title is on sale for 15 percent off, and you can grab it for $33.99 at the Rebellion game store, on Steam or directly from Oculus.

In this article: applenews, atari, av, battlezone, games, gaming, oculus, personal computing, personalcomputing, rebellion, steam, tank, tankbattles, video, virtualreality, vive, vr
All products recommended by Engadget are selected by our editorial team, independent of our parent company. Some of our stories include affiliate links. If you buy something through one of these links, we may earn an affiliate commission.