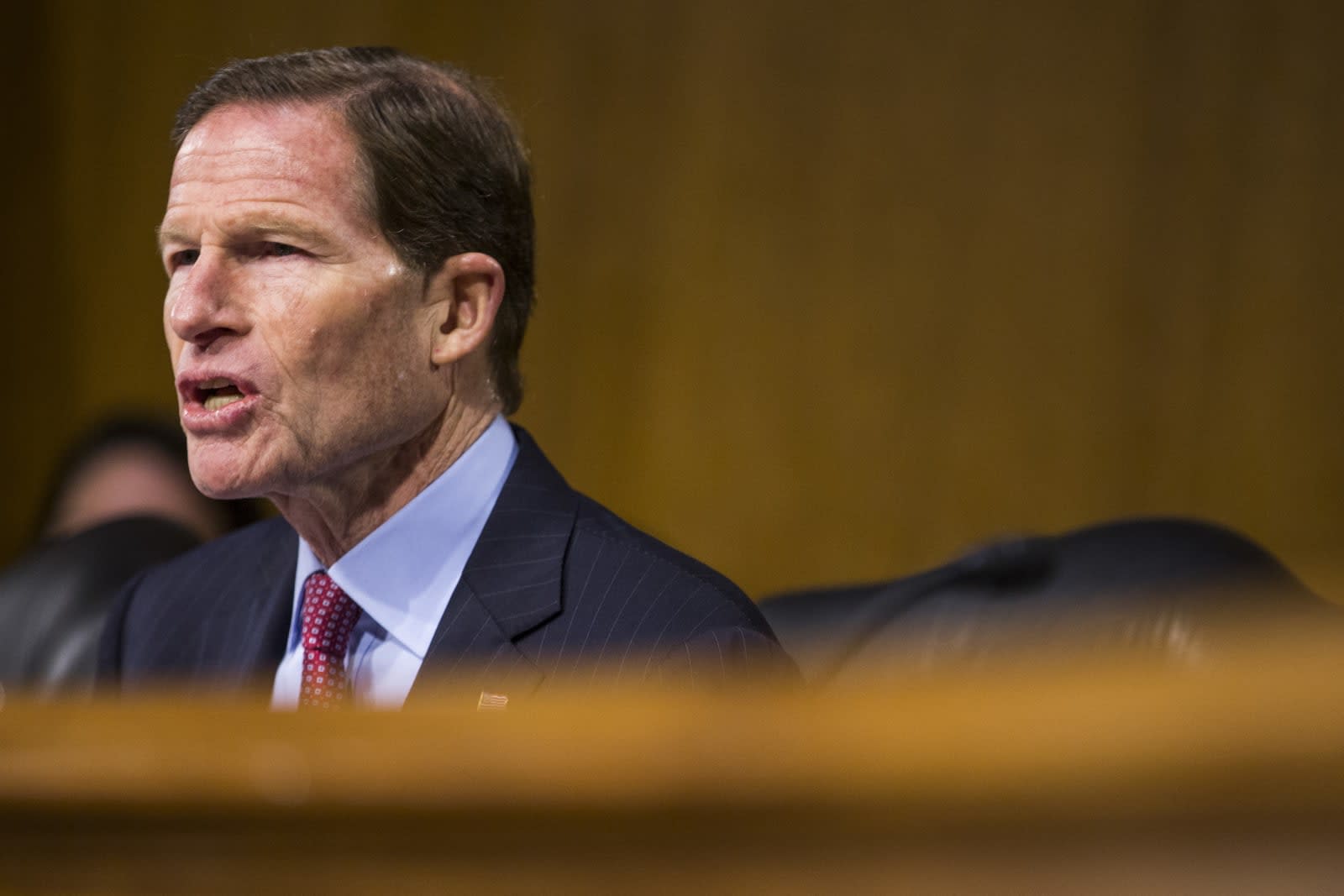 Senator Richard Blumenthal (D-CT) sent a letter to FTC Acting Chairwoman Maureen Ohlhausen today, encouraging the commission to consider evidence that Facebook may have violated a 2011 consent decree and to pursue regulations that will protect consumers. The requests come as Facebook continues to face scrutiny over the privacy policies that led to Cambridge Analytica obtaining information on 87 million Facebook users. "Recent revelations about the illegitimate harvesting of personal data on tens of millions of Americans have shed new light on the systemic failure of Facebook to address privacy risks and keep its promises to users," Blumenthal wrote. "Despite Mark Zuckerberg's recent apology tour, Facebook's history of negligence demonstrates that the company can no longer be trusted to self-regulate."

Blumenthal recently introduced a bill alongside Senator Edward Markey (D-MA) that aims to protect consumers' online data. The proposed CONSENT Act includes a number of regulations that would be enforced by the FTC.

In his letter, the senator points to a 2011 FTC consent decree wherein Facebook agreed to get authorization from users before sharing their data and to notify them in the event of any authorized access. Blumenthal notes that Facebook's adherence to the consent decree is now being questioned in light of evidence that the "Thisisyourdigitallife" app allowed its makers to collect data not only from those that installed it but from their friends as well. "The Cambridge Analytica matter also calls into question Facebook's compliance with the consent decree's requirements to respect privacy settings and protect private information," he wrote. "The ease with which the GSR app was able to harvest data on 87 million users demonstrates that third parties were effectively able to override privacy preferences without express consent." He also points out that Global Science Research explicitly said in its terms of service that it reserved the right to sell user data, something that the senator says should have alerted Facebook and led it to reject the app. "Even the most rudimentary oversight would have uncovered these problematic terms of service," he said.

Blumenthal asked the FTC to consider these facts when investigating Facebook and says that if it finds the company to be in violation of the consent decree, it should seek monetary penalties -- the decree allowed for fines of up to $40,000 per person affected -- and impose stricter oversight of the social network giant. Specifically, the senator asks the FTC to consider measures such as limits on the combining and sharing of data between Facebook-owned services, transparency on data collection, restrictions on data collection and a third-party monitor -- measures mostly in line with the regulations proposed in Blumenthal's CONSENT Act.

"Mr. Zuckerberg has acknowledged that the incident was a breach of trust between Facebook and its users, a broken promise that requires redress for consumers and enforceable commitments that deter further breaches," Blumenthal wrote. "It is time for the FTC to thoroughly and rigorously reassess Facebook's privacy practices and put into place rules that finally protect consumers."

Blumenthal has also introduced a bill that aims to protect consumers' personal data.

In this article: cambridgeanalytica, facebook, ftc, gear, internet, oversight, politics, RichardBlumenthal
All products recommended by Engadget are selected by our editorial team, independent of our parent company. Some of our stories include affiliate links. If you buy something through one of these links, we may earn an affiliate commission.