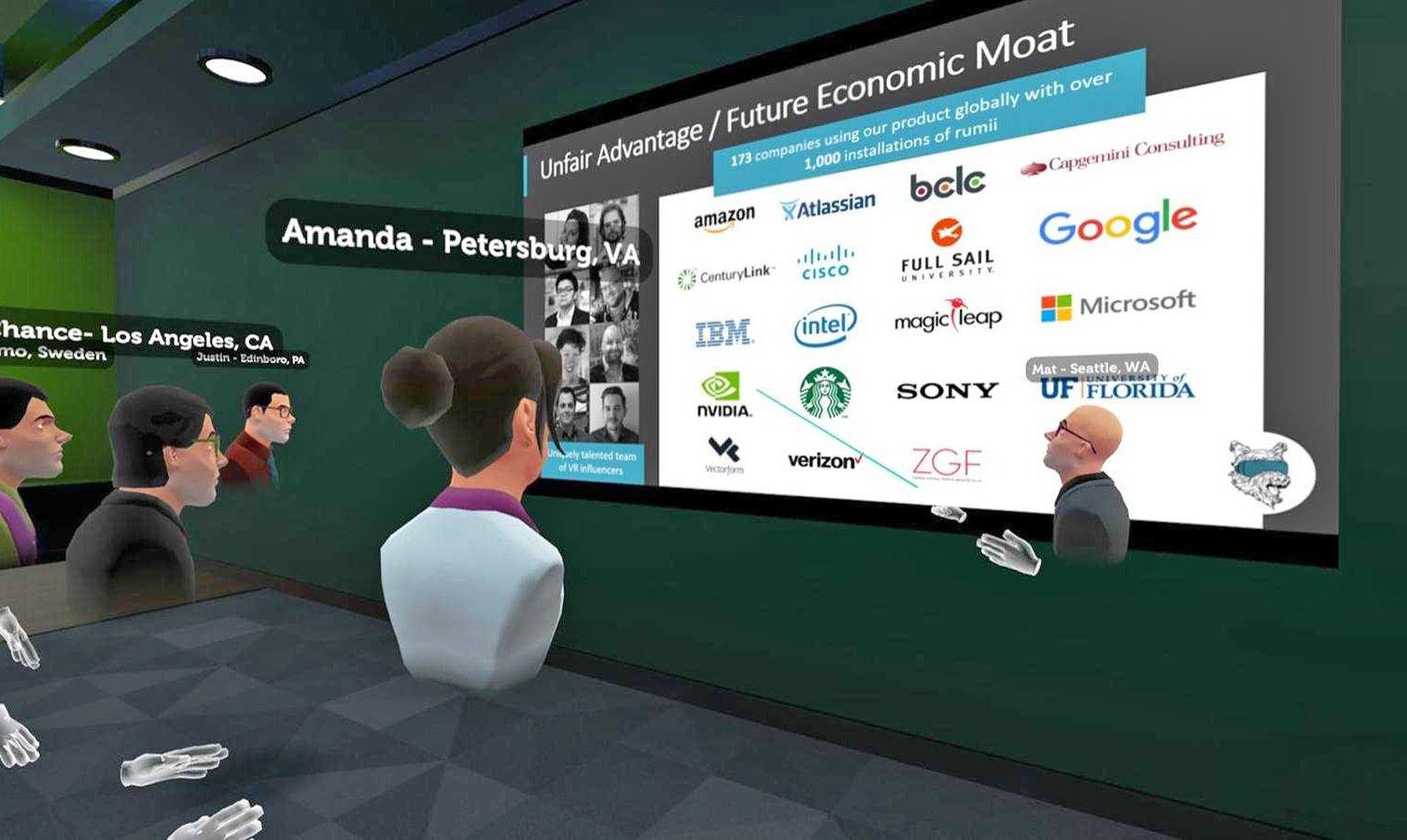 Taking online classes is an easy way to fit college into your schedule without the need to physically be on campus. But, there are drawbacks. Full Sail University hopes that implementing virtual reality into its courses will help eliminate some of those faults. The Florida-based school is collaborating with Doghead Simulations on a virtual classroom app. The idea is to help remote students feel more like they're sitting in a lecture hall rather than watching a professor's YouTube video or taking an online survey, according to VR Focus.

The app is called Rumii, and at its core it's a teleconferencing suite. The twist is that it's native to VR and gives meeting participants a customizable avatar and meeting space. With it, you can share documents, give presentations (with a laser pointer even) and browse the web on a giant screen at the front of a virtual conference room. As you can see in the video below, there's a lot of promise for this sort of thing, especially when you consider that Doghead is working on a version for mobile VR.

There's also potential for VR-enhanced lessons in addition to lectures and coursework. An episode of Philip K. Dick's Electric Dreams showed kids in school using a wearable bracelet that offered up AR projections and information during classroom exercises. There's potential for that sort of thing to happen here -- it's just up to the professors and developers to implement it.

Another benefit beyond helping remote students feel like they're actually in a classroom flips one of VR critics' biggest complaints. Because you're in a headset and because you're more or less isolated from the rest of the world, this can aid in keeping distractions at bay. "In today's world where technology and screen time can be distracting," Full Sail's CIO Isis Jones said, "VR allows you to be in the moment and engaged with the subject at hand."

Full Sail focuses on technical training for things like game design and 3D animation, so the chances of students having access to high-powered PCs and VR headsets is pretty likely. At this point, Rumii classrooms for everyone probably won't happen until VR headsets come down in price and go fully mainstream, however.

In this article: college, dogheadstudios, education, fullsail, fullsailuniversity, learning, personal computing, personalcomputing, rumii, tomorrow, virtualreality, vr
All products recommended by Engadget are selected by our editorial team, independent of our parent company. Some of our stories include affiliate links. If you buy something through one of these links, we may earn an affiliate commission.