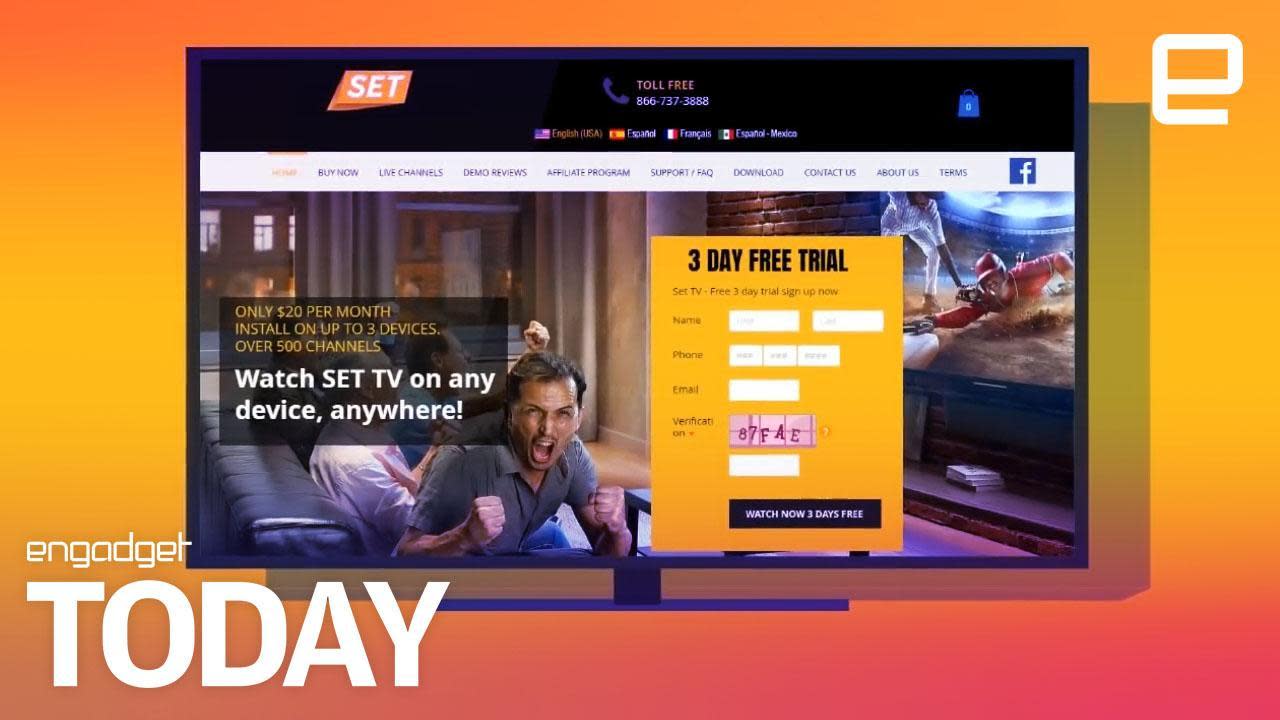 Hollywood studios usually fight piracy by chasing after software add-ons and free streaming services, with the occasional device thrown in. A paid service, however? That's relatively rare... or at least, it has been. Amazon, Netflix and multiple Hollywood studios (including Disney, Fox, Sony, Universal and Warner Bros.) have sued SET Broadcast over allegations its SET TV service is used expressly for piracy. While there is a dedicated set-top box, the centerpiece is a $20 per month subscription service that offers access to over 500 live TV channels and "thousands" of on-demand shows, including Netflix shows and movies that are still officially limited to theaters. As you might guess, the media giants argue SET TV is focused "overwhelmingly, if not exclusively" on pirated material.

The companies also accuse SET Broadcast of going so far as to pay for video reviews and other sponsored material to drive subscriptions. The firm hasn't commented on the case so far.

The lawsuit could have SET pay dearly. The court would order the service shut down, of course, but it would also impound devices and demand damages up to $150,000 for every piece of pirated work. That could easily amount to millions of dollars even if the penalties were limited to on-demand videos. Between the number of media industry companies involved in the case and the penalties they're asking, it's clear that the lawsuit is intended as a message to anyone that would design a service with piracy in mind -- especially if they have the gall to charge for it.

In this article: ace, allianceforcreativityandentertainment, amazon, AOLoriginals, DailyShow, Engadget, EngadgetToday, EngadgetVideo, entertainment, internet, lawsuit, netflix, piracy, services, settv, setvnow, streaming, hidden:vv_09x16:a6cd07c6-0d2c-3913-9f7a-6d26ee4f61e1, hidden:vv_16x09:d78ddfa0-9bb2-3702-9601-5a5f17c0fa66
All products recommended by Engadget are selected by our editorial team, independent of our parent company. Some of our stories include affiliate links. If you buy something through one of these links, we may earn an affiliate commission.