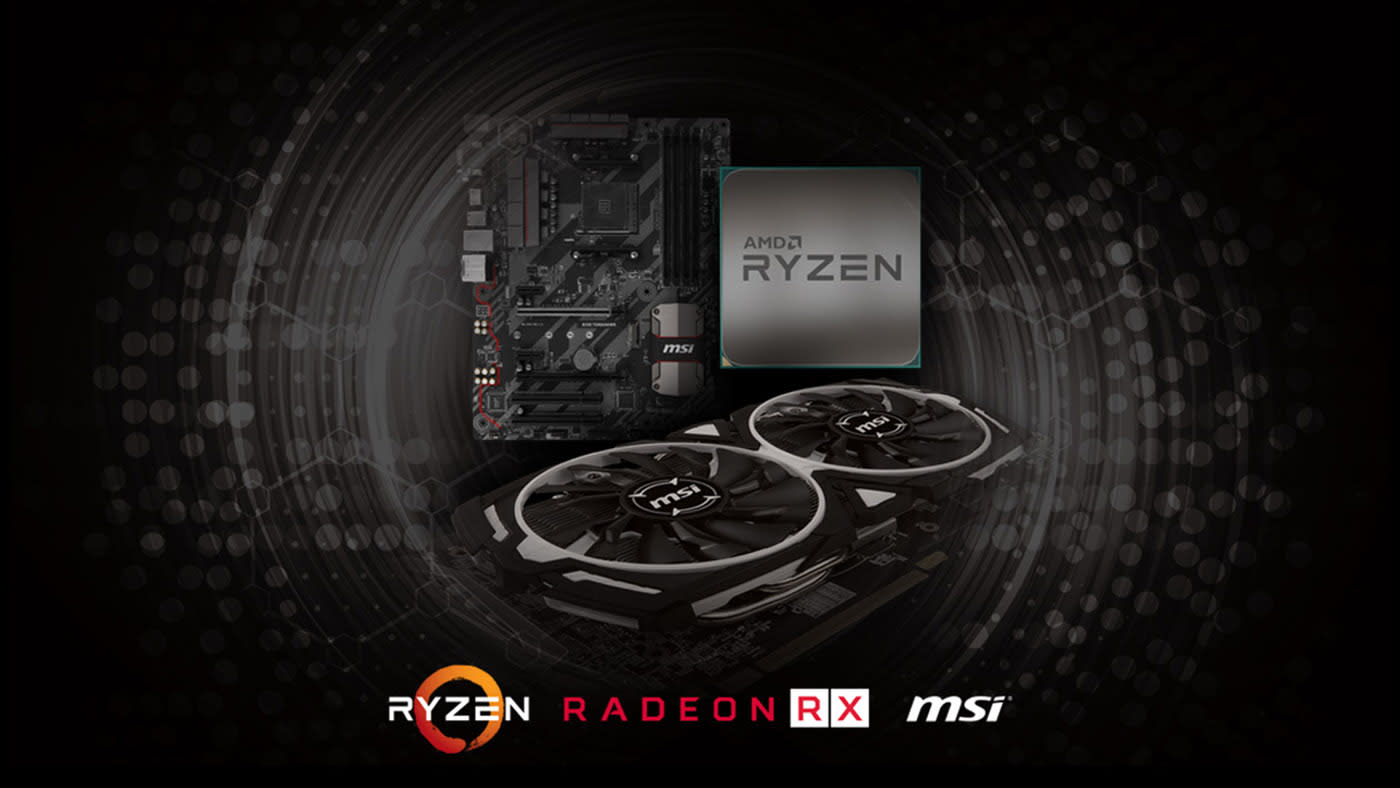 Thanks to the stupidity that is Bitcoin mining, graphics cards for gaming have become wildly over-expensive. AMD has come to the rescue with the Combat Crate Bundle, giving you the main components you need to build a decent PC. For $550 (at Amazon, Newegg and elsewhere), you get a Ryzen 5 1600 with cooler, MSI B350 Tomahawk motherboard and MSI Radeon RX 580 Armor OC graphics card. That's a bit cheaper than the sum of the parts at retail, especially considering the ridiculously over-inflated price of the card alone in the last few months.

You'll still need to buy RAM, a case with power supply, and storage, at a minimum, but you should be able to build a pretty nice gaming rig for well under $1,000. The Radeon RX 580 Armor performs about as well as NVIDIA's GeForce GTX 1060, but it has two HDMI ports, making it particularly handy for VR.

AMD plans to offer a second bundle with the Ryzen 5 1700 processor soon, as well. It looks like it's trying to sell off its first-gen Ryzen CPUs now that the new, much-improved second-generation chips are going on sale. Most importantly for budget gamers, though, it gives them predictable pricing for a Radeon RX graphics card while, thanks to cryptocurrencies, the prices are still fluctuating wildly.

In this article: amd, Bundle, CombatCrateBundle, gear, Motherboard, personal computing, personalcomputing, RadeonRX580, Ryzen5
All products recommended by Engadget are selected by our editorial team, independent of our parent company. Some of our stories include affiliate links. If you buy something through one of these links, we may earn an affiliate commission.