'Shadow of the Tomb Raider' expansions include a co-op mode

Shadow of the Tomb Raider is all about the Mayan apocalypse, but the end of the narrative isn't the end of the world game. Developer/publisher Square Enix today unveiled what'll be included in Lara's latest season pass. Rather than calling them expansions this time out, the nomenclature is "Paths," and there are seven total as spotted by USGamer. Each will have its own challenge tomb, story, skill, outfit and weapons. They'll be doled out on a monthly basis and the first will add co-op play of some sort. Oddly, there isn't any info regarding how much the season pass will cost.

However, if you feel like ponying up for the game's $90 dollar "Croft Edition" or the $200 "Ultimate Edition," replete with a statue and a ton of other tchotchkes, both will include the season pass. Still not satisfied? Maybe give our preview a read and check out the new trailer embedded below. Or not. It's up to you! 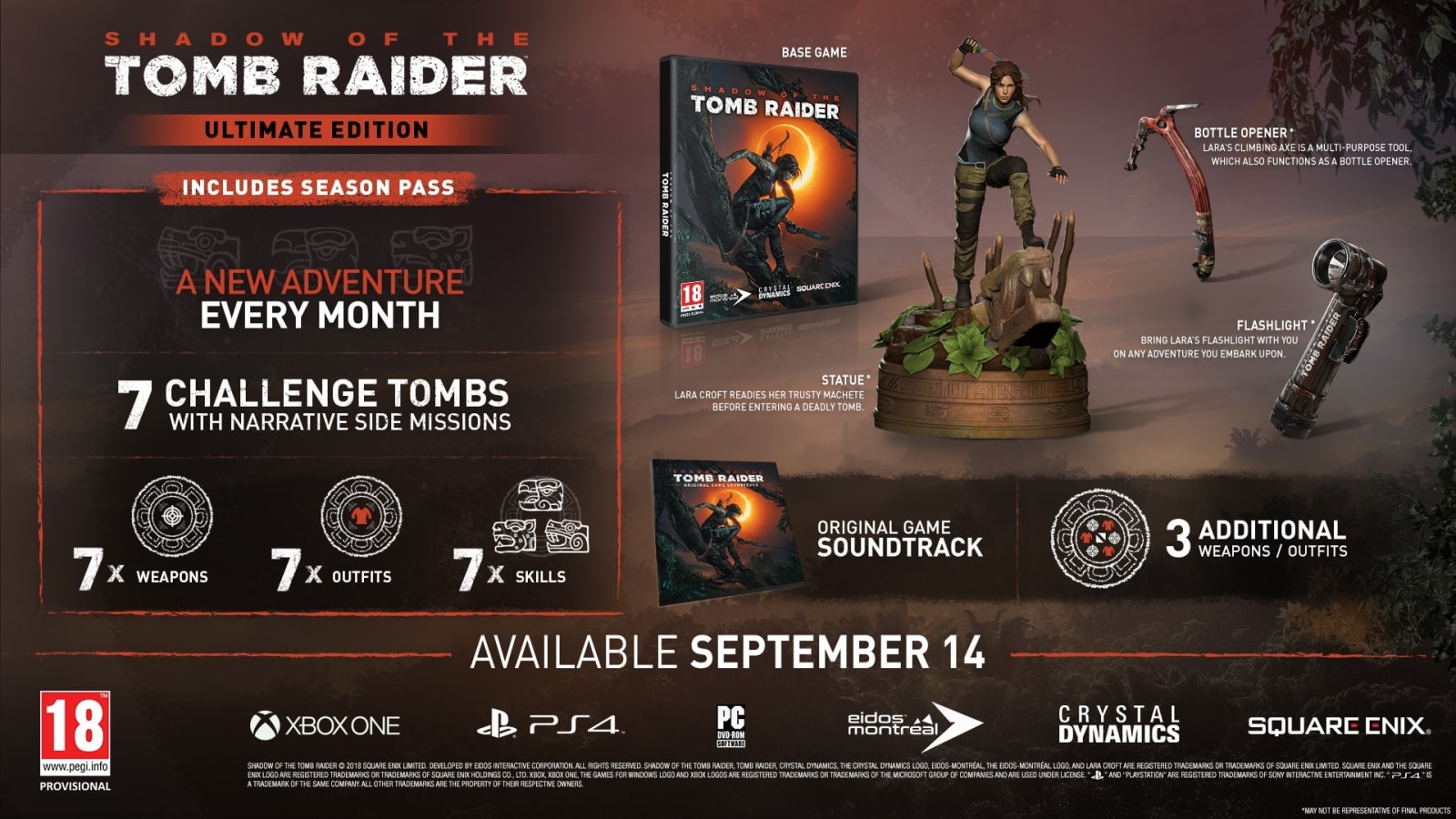