Your data is valuable, but you’re never getting paid for it

It's hard to find a positive side to the recent Facebook/Cambridge Analytica (CA) scandal. But if there is one, it's that it's caused tech companies, lawmakers and users to think more deeply about personal data, how it's being used and who actually owns it. Facebook says that you, the user, are the sole owner of whatever information you consent to share with it. But it will use that data to offer you a free service based on targeted ads. The thing is, Facebook makes billions of dollars doing that, and there are some people who believe you should be getting a piece of it. After all, you are the product.

One of those people (ironically enough) is Brittany Kaiser, a former business director at Cambridge Analytica. Kaiser, who no longer works at CA but was there when the firm harvested user data from Facebook, is now spearheading an online petition dubbed "Tell Facebook: Our Data is our Property #OwnYourData," which calls for the company to "decentralize power and drive accountability" by updating its terms of service and granting all of its users "simple and fundamental data and property rights immediately."

The goal, Kaiser says, is to force embattled CEO Mark Zuckerberg to give users control over their data. "Our digital assets, our property," she says. "It's time for us to own our own data. This is a human right. We should be able to decide freely how our data is used (and how it is not); stop anyone using it to try and manipulate us; take it with us if we leave the platform; and to get paid for the value our data generates." 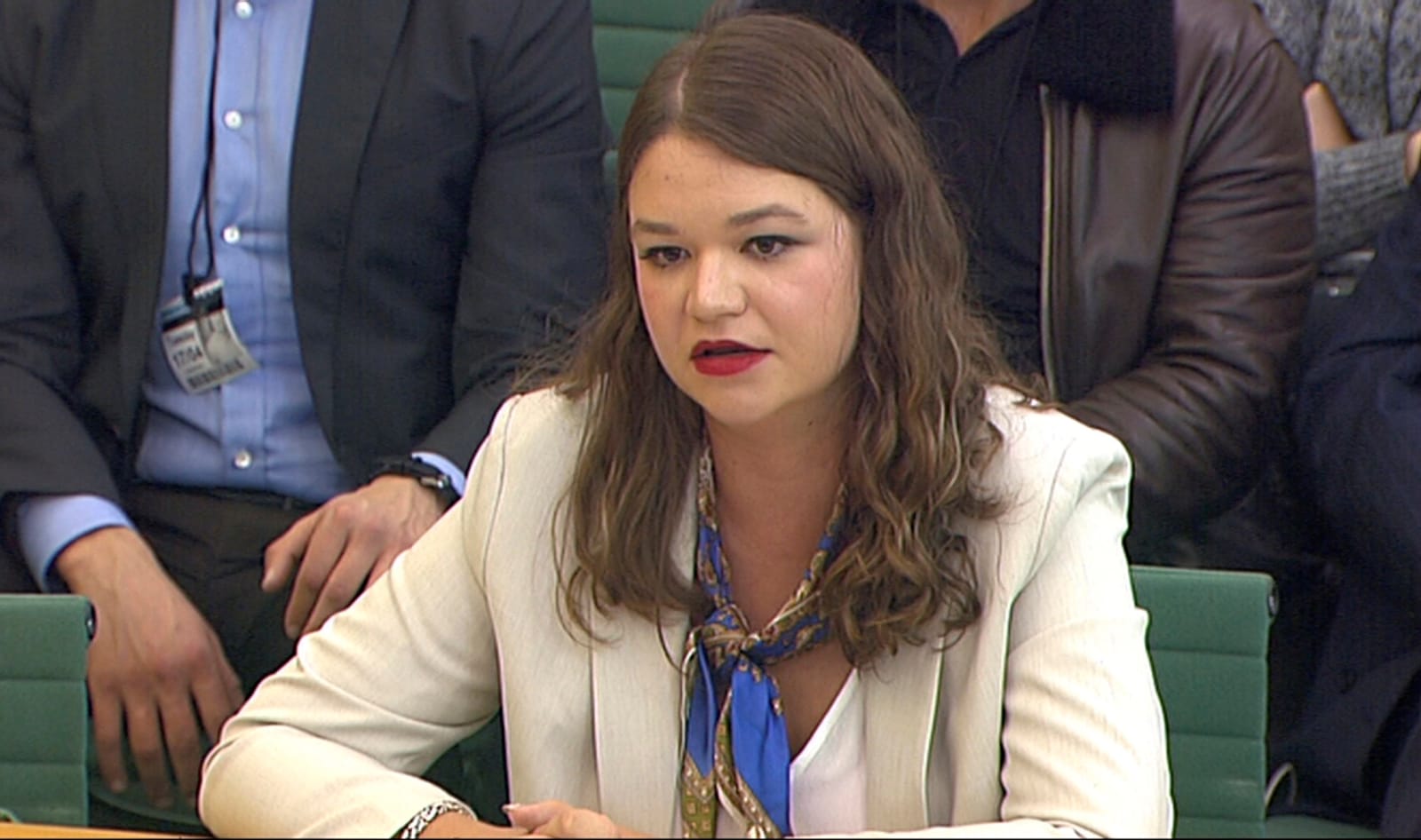 Turn on browser notifications to receive breaking news alerts from Engadget
You can disable notifications at any time in your settings menu.
Not now
Brittany Kaiser speaking at a hearing in London.

On principle, the idea that users should get paid for the data they consensually share with companies such as Facebook sounds like a dream. Who wouldn't love to make money by browsing a site they're already addicted to? But let's be honest: There's no chance Facebook would ever agree to pay you royalties for sharing your (anonymized) information with advertisers. Not just because it doesn't make any business sense, but also because it would be almost impossible to execute successfully.

For one, it would require users to have an understanding of complex legal frameworks. Considering that most people don't even read (much less comprehend) the terms of service and data privacy policies they have to agree to before using most sites on the internet, that seems far-fetched at best. Sure, you could argue that it would be Facebook's job to make sure that process is transparent and easy for users to comprehend, but if you're asking to get paid in a way similar to how musicians do, then you should probably have your own legal counsel to make sure you don't get taken advantage of.

"You can't control data," said Nancy Kim, a professor of law and internet studies at the California Western School of Law. "It's not like I give you something tangible and I say every time you rent that tangible thing out, you give me a royalty, a certain payment." The biggest challenge, she added, would be finding a comprehensible way to track your data and all the parties that have it, even if you're getting paid for it. "Then you would have to depend on the company being completely transparent with you, which, again, this is one of the issues we're in right now," Kim said. "People are like 'Hey, Mark [Zuckerberg], maybe you should be a little bit more transparent with your users,' and that's one of the things that he said they're working on, but he has a bad track record at this point of apologizing and apologizing and apologizing, and now we're here." The music-streaming industry is a perfect example of how complicated the world of royalties can be. Labels, streaming services and artists are frequently locked in legal battles over who gets how much money and when. There's often the question of whether musicians are getting paid enough by the companies that are making millions of dollars off their content, and a similar trend would likely play out if a campaign like OwnYourData ever became a reality.

In this case, the Facebook users would be like the musicians, who would then also have to worry about figuring out how much their data is worth. And chances are that not everyone's data is equally valuable. Certain individuals (like celebrities) would likely offer more value to advertisers than others. Facebook is a mess as is, and this has the potential to create an even bigger one.

T.F.E. Tjong Tjin Tai, a professor at Tilburg Law School who teaches about the legal aspects of data and digital developments, including "smart" contracts and liability for algorithms, said this is a "pathetic" idea that won't work. Since people don't have access to a full copy of their Facebook data -- as in, everything the company knows about you, not just the downloadable file from its site -- there simply can't be any talk of ownership. "Once you provide them access," he said, "you've lost control." Tjong Tjin Tai added that, although efforts like the European Union's General Data Protection Regulation (GDPR) could keep some aspects of how your data is being handled under control, the only real solution at this point would be to fully outlaw the way Facebook collects data. And that's not something he believes will ever happen. "I like these crazy ideas in the sense that they're not feasible," Tjong Tjin Tai said. "You could argue something [could be done] like what they have in the European Union regarding works of art. If a painter creates a painting, he still gets a cut of the profit made from later sales." But, he noted, translating that to the internet would be complicated and impractical, because it's an industry that's not heavily regulated -- or at least it hasn't been yet. We are beginning to see changes in that regard, starting with GDPR, which goes into effect in the EU on May 25th. And in the US, it seems as if tougher regulation for Facebook and other tech companies is inevitable -- especially after the Cambridge Analytica nightmare.

Tjong Tjin Tai said one of the main issues is that the likes of Facebook and Google confuse people about what "data ownership" really means, since they like to say the user is the owner of the information you consent to share -- yet, they can almost do whatever they want it once it's in their possession. Even in instances where you can "download your data", that file won't paint the full picture of what a company knows about you. He added that GDPR is making huge strides to solve that problem, but we won't know just how successful it will be in controlling these companies, if it is at all. "In the end, the only thing which would work is regulation," Tjong Tjin Tai added. "For physical stuff, you can do without regulation, because you can just chase [someone] off your property and protect your things by putting it in the vault and so on. Data is intangible in that respect."

There's no doubt that the 2.2 billion people who use Facebook would love to cash a check from the company, but the sad truth is that this is nothing but a pipe dream. It also ultimately suggests that this isn't Facebook's problem to solve, it's yours, and that doesn't sound like a fair deal.

All products recommended by Engadget are selected by our editorial team, independent of our parent company. Some of our stories include affiliate links. If you buy something through one of these links, we may earn an affiliate commission. All prices are correct at the time of publishing.
Your data is valuable, but you’re never getting paid for it
brittanykaiser
business
cambridgeanalytica
data
dataprivacy
facebook
gear
internet
markzuckerberg
politics
privacy
royalties
security
social
socialmedia
socialnetwork
socialnetworking
twitter
zuckerberg