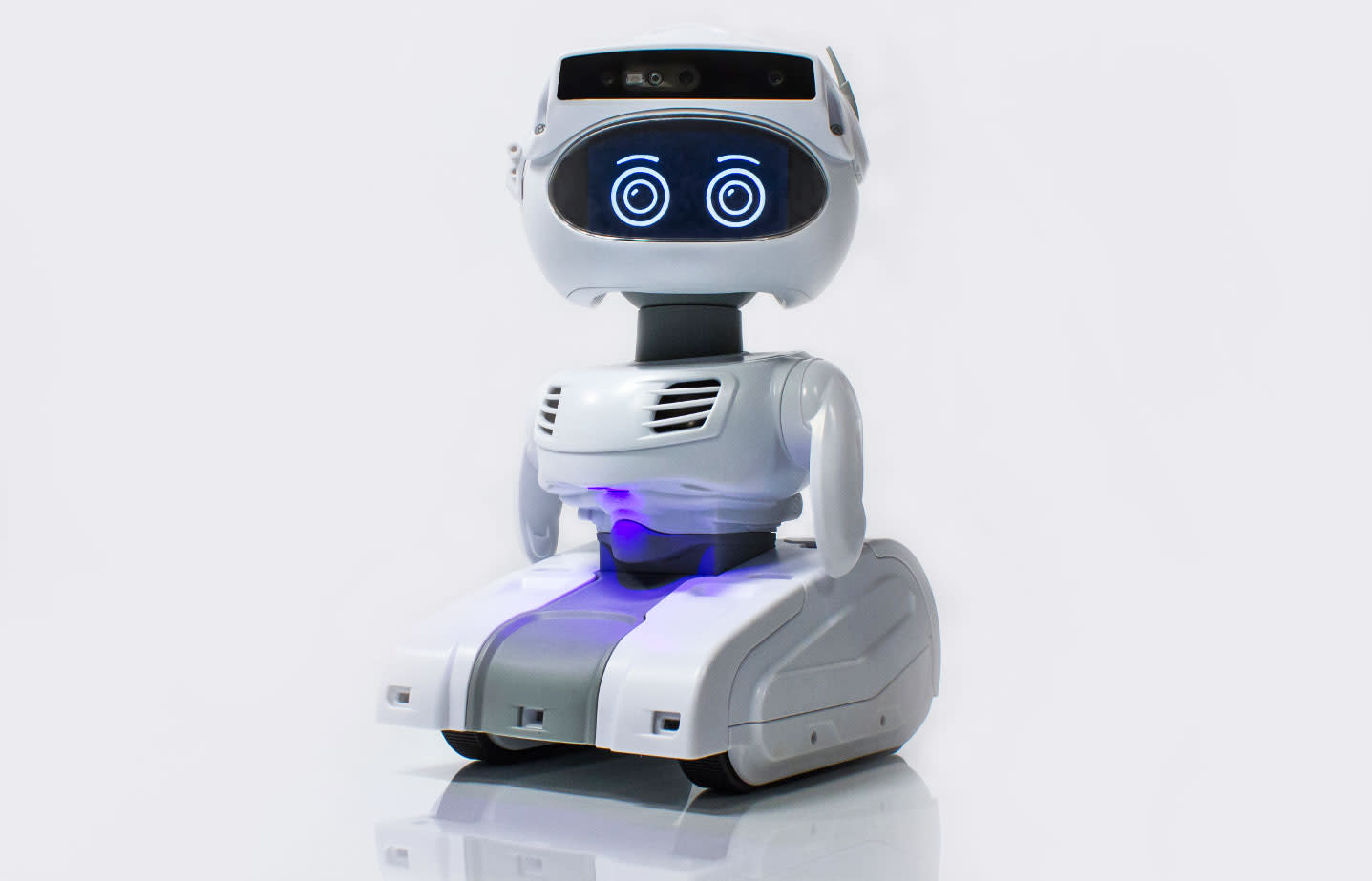 Sphero spin-off Misty Robotics has officially announced the mass-produced version of the robot helper it showed off at CES this year. The cute little machine, officially called Misty II, still resembles Wall-E like its predecessor, but it can actually do things unlike Misty I. Thanks to developers' work on the original robot, it now comes with a set of capabilities and has a bunch of downloadable skills to choose from. It can move autonomously and respond to its environment, create a 3D map of its surroundings, recognize faces, respond to commands, charge itself and talk.

You can also create your own skills if you want: its visual block-based programming interface makes it easy to conjure up simple skills use, but you can also use JavaScript APIs to come up with more sophisticated ones. If you're an experienced programmer/developer, you can add third-party services like Alexa and Google Assistant and modify it to create something entirely new -- maybe even find a way to make it fold your laundry or do your taxes.

Misty Robotics has also launched a 30-day crowdfunding campaign, which makes the robot available for presale at 50 percent off. Its first 250 backers can get it for $1,499, while the next 1,150 buyers can get it for $1,599. The 14-inch, 6-pound machine's components include a 3D sensor for mapping, a 4K Sony camera for facial and object recognition and sensors for obstacle avoidance. It's powered by two Qualcomm SnapDragon processors and runs on Windows IoT Core and Android 7 operating systems.

While other companies had released cheaper robots in the past, Misty Robotics says Misty II "is the first, easily programmable robot offered at a consumer price point for developers, entrepreneurs, students and makers." It believes the machine is the first step to putting a robot in every home and office and expects to start shipping orders on December 4th, 2018.

"At Misty, we are focused on creating the personal robot of the future that developers and makers can build upon as well as share skills and ideas for what a robot can be. Crowdfunding the Misty II robot aligns with our mission of building a community for developers and makers, and allows us direct access to our early backers for feedback and collaboration. We are excited to see what they build on Misty and then share with the larger community."

In this article: bb-8, crowdfunding, gear, misty2, mistyrobotics, robots, sphero, TL19RBTBDY
All products recommended by Engadget are selected by our editorial team, independent of our parent company. Some of our stories include affiliate links. If you buy something through one of these links, we may earn an affiliate commission.