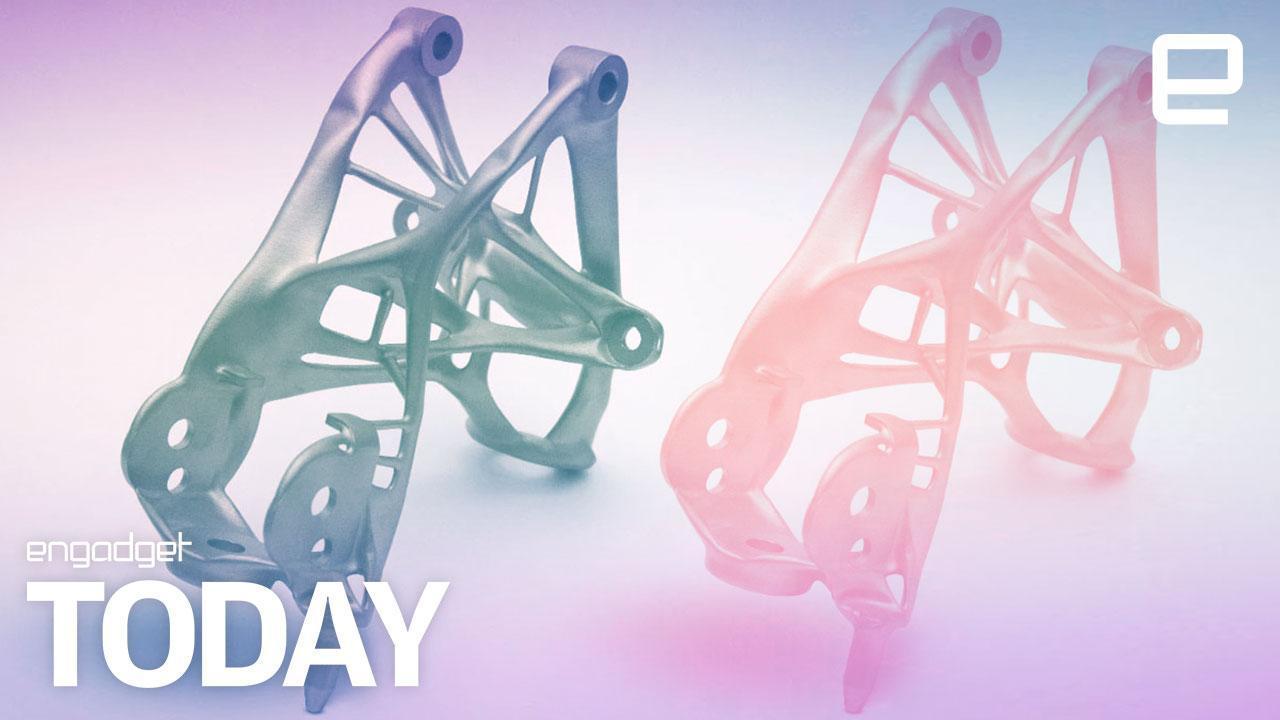 The virtues of 3D printing have long been touted by a vast range of manufacturers, so it was only a matter of time before the EV industry got in on the action. General Motors has announced that, alongside design software company Autodesk Inc, it's creating lightweight 3D parts that'll help it meet its ambitious plan to add 20 new electric battery and fuel cell batteries to its global lineup by 2023.

Printing lightweight parts could signal a step change for the EV industry -- and for mainstream EV adoption. Lighter vehicles means better fuel efficiency, which will help allay the range anxiety consistently cited by would-be consumers. One example of the technology touted by GM and Autodesk is a 3D-printed stainless steel seat bracket. Normally, this is made up of eight parts requiring a number of separate suppliers. The printed version is not only one solid component, but is 40 percent lighter and 20 percent stronger.

GM, like its rival Ford and other manufacturers such as General Electric, has been using 3D printing to create prototypes for years, but says the technology is now ready for the real deal. In fact, according to GM's director of design and manufacturing Kevin Quinn, these 3D parts could appear in high-end motorsports in as little as a year. And within five years, GM wants to be producing tens of thousands of parts at scale.

In this article: 3Dprinting, AOLoriginals, Autodesk, cars, DailyShow, Engadget, EngadgetToday, EngadgetVideo, entertainment, EV, GeneralMotors, GM, manufacturing, parts, transportation, vehicles
All products recommended by Engadget are selected by our editorial team, independent of our parent company. Some of our stories include affiliate links. If you buy something through one of these links, we may earn an affiliate commission.