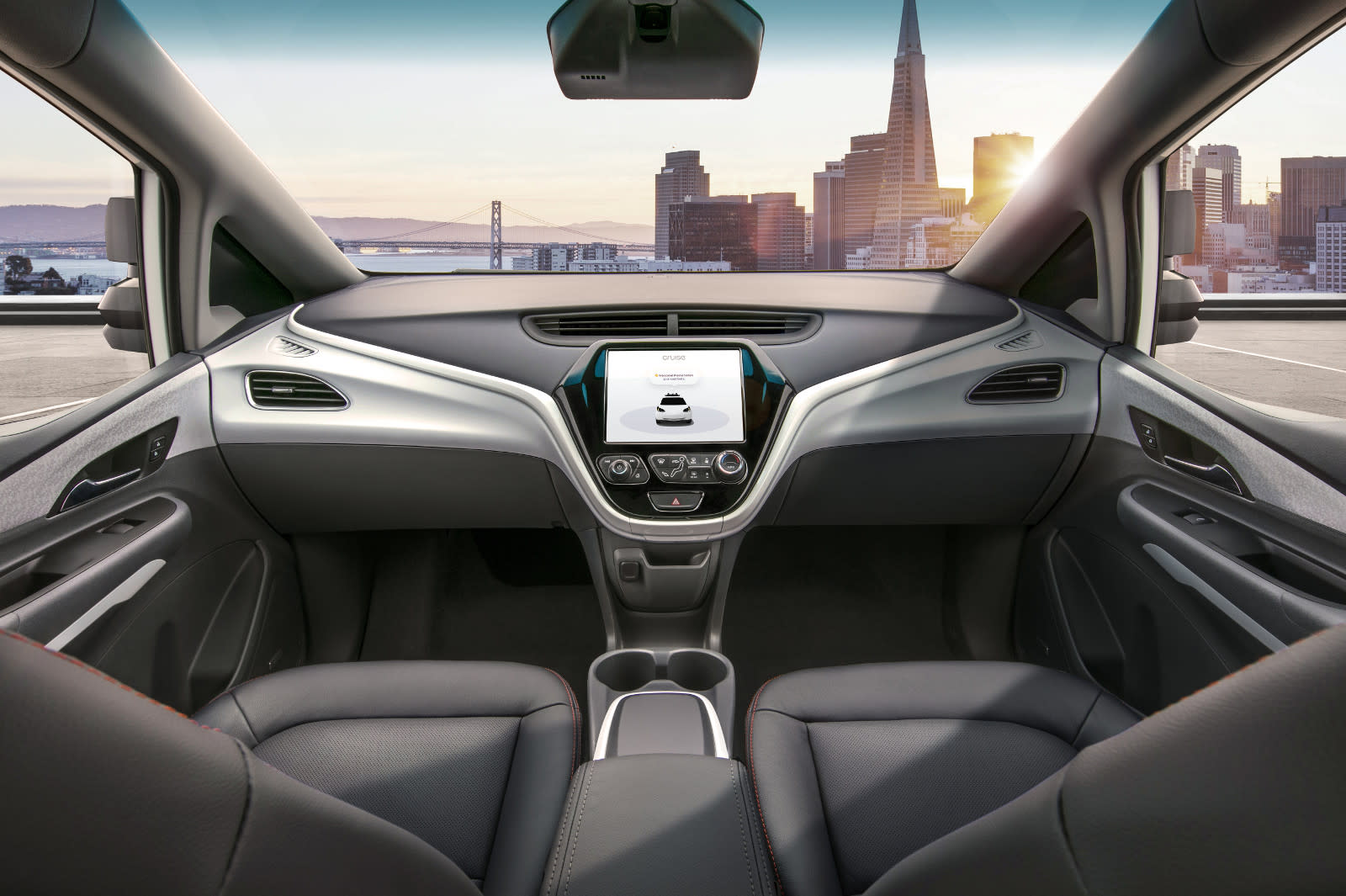 If the Department of Transportation grants GM's latest Safety Petition, the automaker will be able to deploy its no-steering-wheel, pedal-less autonomous car next year. GM has not only revealed what its Level 4 self-driving vehicle will look like -- in a video you can watch after the break -- but also announced that it filed a Safety Petition to be able to deploy its completely driverless version of Chevy Bolt called Cruise AV in 2019. The company describes it as "the first production-ready vehicle built from the start to operate safely on its own, with no driver, steering wheel, pedals or manual controls."

As you can see above, Cruise AV is much different from the self-driving Chevy Bolts GM is testing in California. It has no controls whatsoever, not even buttons you can push -- it 100 percent treats you as a passenger, no matter where you sit. The car can even open and shut doors on its own. Now, autonomous cars like this don't meet the Federal Motor Vehicle's safety standards. Automakers could apply for exemption, but the government can only exempt 2,500 vehicles every year. GM President Dan Ammann told The Verge that the company is not seeking for an exemption, though -- instead, it wants to "meet that standard in a different kind of way."

"What we can do is put the equivalent of the passenger side airbag on that side as well. So its to meet the standards but meet them in a way that's different than what's exactly prescribed, and that's what the petition seeks to get approval for."

A number of automakers and transportation companies banded together last year to call for a change to those rules. "Without changes to these regulations," GM VP Michael Abelson told a subcommittee that time, "it may be years before the promise of today's technology can be realized and thousands of preventable deaths... will happen."

Automakers will have to see those changes come to light if they want their fully autonomous cars to hit the road. GM might beat them to the punch, but rival companies like Ford, Mercedes and Waymo all plan to release cars with no steering wheels of their own.

In this article: autonomouscar, chevybolt, cruiseav, gear, GM, level4, naias2018, transportation
All products recommended by Engadget are selected by our editorial team, independent of our parent company. Some of our stories include affiliate links. If you buy something through one of these links, we may earn an affiliate commission.