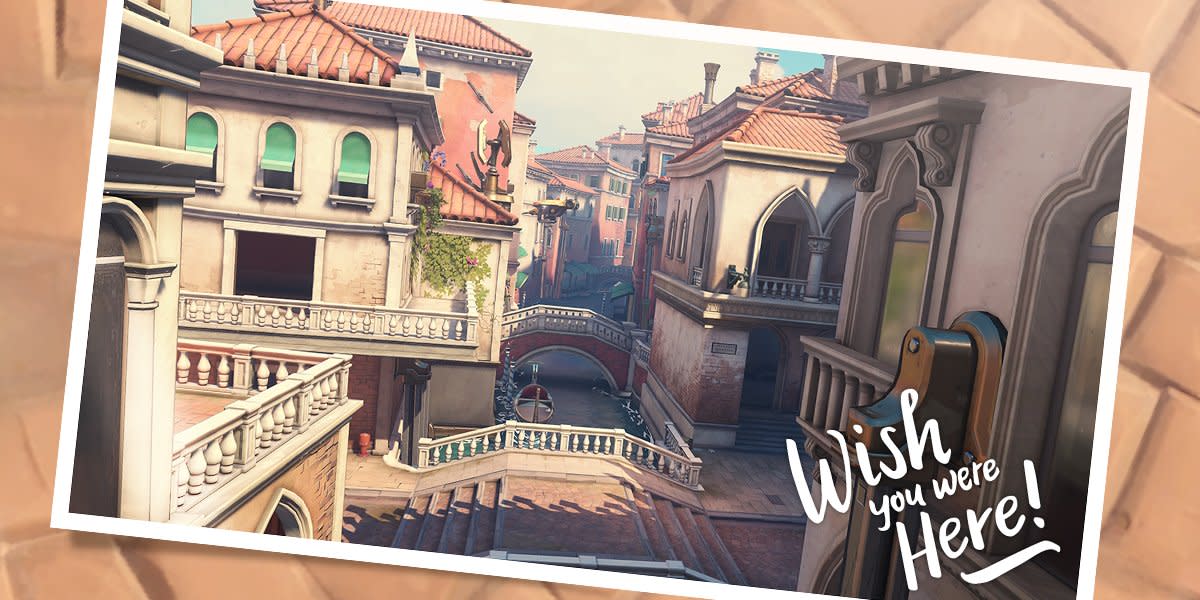 Last month, players of Blizzard's hero shooter Overwatch took a trip into the game's fictional past with a new temporary game mode, Retribution. The brawl portrayed heroes escaping through the streets of Venice after a clandestine mission gone wrong. Though the event ended on Tuesday, players can still roam (and fight) around gorgeous Italian canalways as the latest map, Rialto, is added to the game -- along with a few hero changes in the latest patch.

Half a dozen heroes are getting tweaked in the patch, but all are minor ability changes except Hanzo. The nimble archer gets his first big rework, swapping out his super-lethal scatter arrow for a fast-firing ability ("Storm Arrow") that lets him quickly spit out up to six shots. Also, his double-jump is now a vertical lunge, differentiating him even more from his shuriken-tossing brother Genji.

Rialto is the game's fourth escort map, but unlike the nighttime version seen in Retribution, players will cavort around the serene Italian city during the day. Clearly, some pros are pretty excited about getting a new arena to compete in.

In this article: av, blizzard, BlizzardEntertainment, gaming, overwatch, patch, Retribution
All products recommended by Engadget are selected by our editorial team, independent of our parent company. Some of our stories include affiliate links. If you buy something through one of these links, we may earn an affiliate commission.