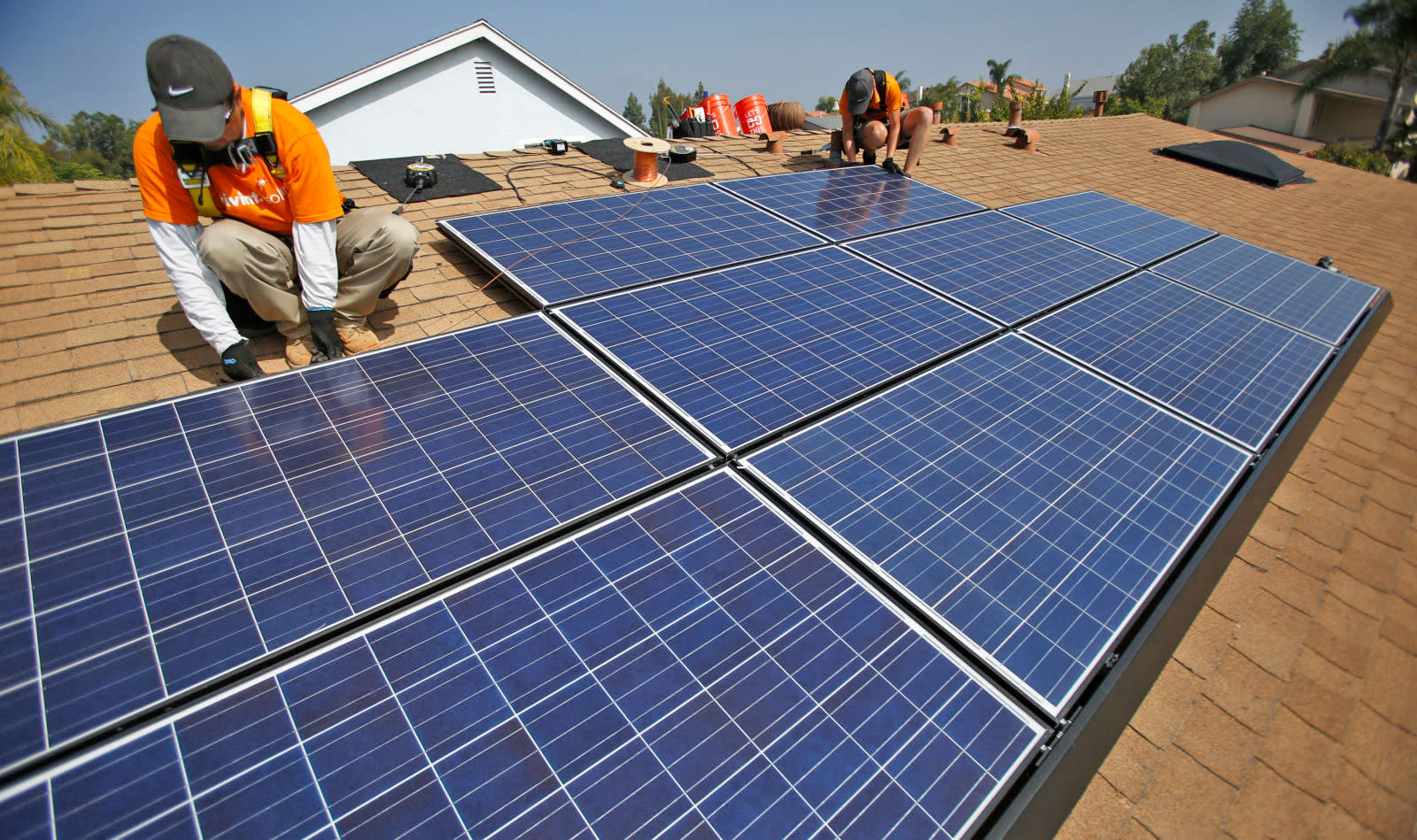 There's no question that solar power is entering the mainstream, but California is about to give it a giant boost. The state's Energy Commission is expected to approve new energy standards that would require solar panels on the roofs of nearly all new homes, condos and apartment buildings from 2020 onward. There will be exemptions for homes that either can't fit solar panels or would be blocked by taller buildings or trees, but you'll otherwise have to go green if your property is brand new.

The plan doesn't require that a home reach net-zero status (where the solar power completely offsets the energy consumed in a year). However, it does provide "compliance credits" for homebuilders who install storage batteries like Tesla's Powerwall, letting them build smaller panel arrays knowing that excess energy will be available to use off-hours.

The new standards are poised to hike construction costs by $25,000 to $30,000 (about half of which is directly due to solar), but the self-produced energy is estimated to save owners $50,000 to $60,000 in operating costs over the solar technology's expected 25-year lifespan.

Short of a surprise rejection at the Energy Commission's May 9th vote, this will make California the first state to have a solar panel requirement. It's relatively easy to do this in the region given California's abundance of warm, sunny days and high real estate prices -- it's hard to see this happening in the American Midwest, where winter and lower home prices could make solar decidedly less practical. Critics have complained that this could make California's housing shortage worse by pricing people out of those homes that are available, and note that most people in the state only really draw on non-renewable energy when they come home from work and strain the electrical grid.

Even so, this could change the landscape for both California's energy and the market as a whole. Right now, no more than 20 percent of new single-family homes in California include solar power. Boost that by five times and that's a lot more business for panel makers and installers. That, in turn, could reduce the costs of panels and make solar more affordable in many places, not just in California or even the US.

Due to repeated violations of our rules and guidelines, the comments section to this article has been closed.