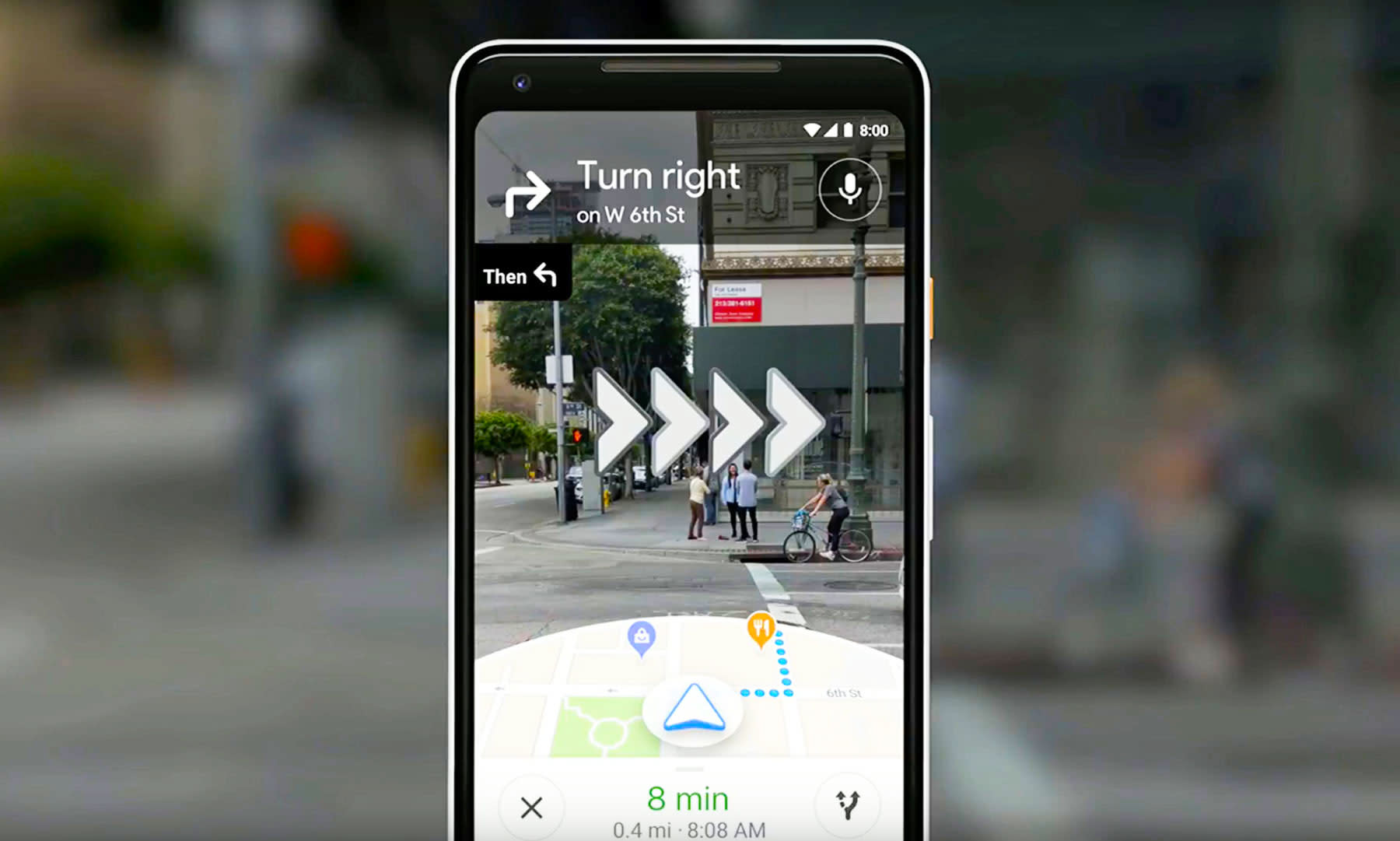 Google knows the problems you have to deal with when navigating an unfamiliar locale, even if you do have your smartphone on you. That's why the company's Aparna Chennapragada is showing off an updated version of its VPS, or Visual Positioning System: A way for folks to avoid getting lost when out and about. Rather than craning over your phone and hoping you're walking in the same direction as the blue GPS dot, the camera can look at your surroundings and work it out for you.

In the example, if a person walks out of a subway stop and they don't know where they're going, they simply hold up the phone and launch the camera. Lens will then identify where you're standing and compare it to Google's database of Street View images in the region. Once the system has your position, an arrow overlay will pop onto the screen, telling you if you need to venture left or right.

The company hasn't said when this is coming to phones, although it may be built out as part of a wider integration with Google Lens. There are other outfits attempting similar things, like Blippar, which launched an AR City app for iOS users late last year, and of course, VPS itself was originally part of Project Tango.

Google also admitted that it had toyed with an augmented reality system that would see a cartoon avatar guide you around a city. In the example, it was a cel-shaded fox, that you need to follow around until you've reached your destination.

In this article: AR, AugumentedReality, gear, Google, googleio2018, GoogleMaps, GPS, internet, Maps, mobile, Navigation, VisualPositioningSystem, VPS
All products recommended by Engadget are selected by our editorial team, independent of our parent company. Some of our stories include affiliate links. If you buy something through one of these links, we may earn an affiliate commission.