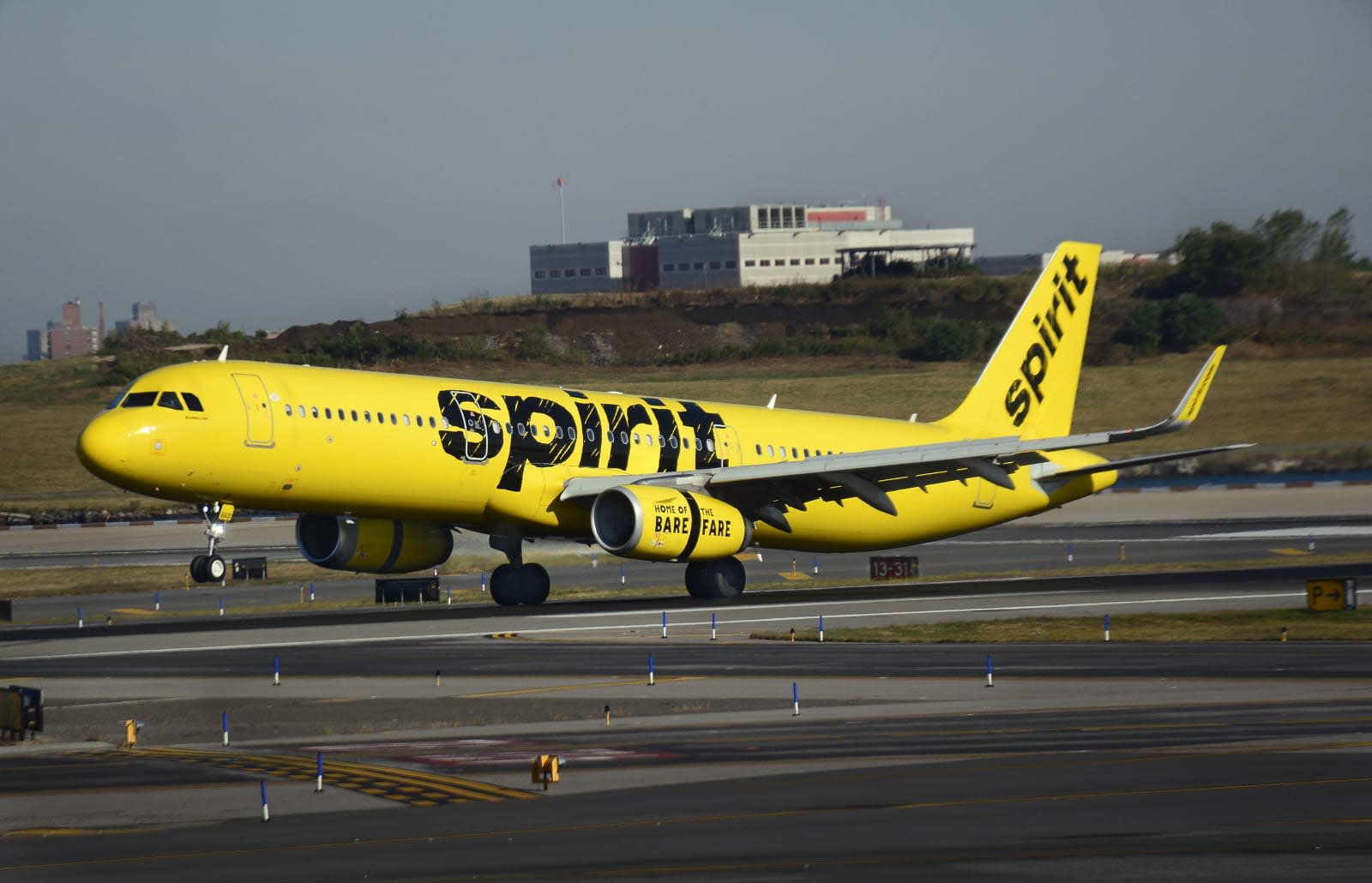 As a rule, traveling with a budget airline in the US means foregoing any kind of mid-flight WiFi access. Not so with Spirit, though. The no-frills air carrier is rolling out internet access to its aircraft this fall, with the entire fleet expected to have connectivity by summer 2019. It might even be usable, unlike some options -- Spirit is relying on Ka-band satellite access, and is promising another speed upgrade when the SES-17 satellite reaches orbit in 2021.

The pricing might even be competitive. Spirit estimates an average price of $6.50 per flight, which slightly undercuts Gogo's $7 (though it's not as sweet as JetBlue's no-extra-charge access). That price could go higher or lower depending on your route and "demand," though, so don't be surprised if you pay a premium if you're on a packed long-haul flight.

There are numerous reasons why Spirit would want to tack on internet access even though it's frugal enough to skip mainstays like free snacks. It's an obvious advantage over other low-cost carriers -- you may be more likely to pick Spirit if you know you can check Facebook at 30,000 feet. It's also a hedge against pricier conventional carriers who have been exploring lower-cost fares. And of course, it's a way to generate revenue in a field where razor-thin profit margins are the order of the day. Don't be surprised if other extra-frugal carriers follow suit.

In this article: airline, gear, internet, ka-band, kaband, SatelliteInternet, spirit, spiritairlines, transportation, travel, wi-fi, wifi
All products recommended by Engadget are selected by our editorial team, independent of our parent company. Some of our stories include affiliate links. If you buy something through one of these links, we may earn an affiliate commission.