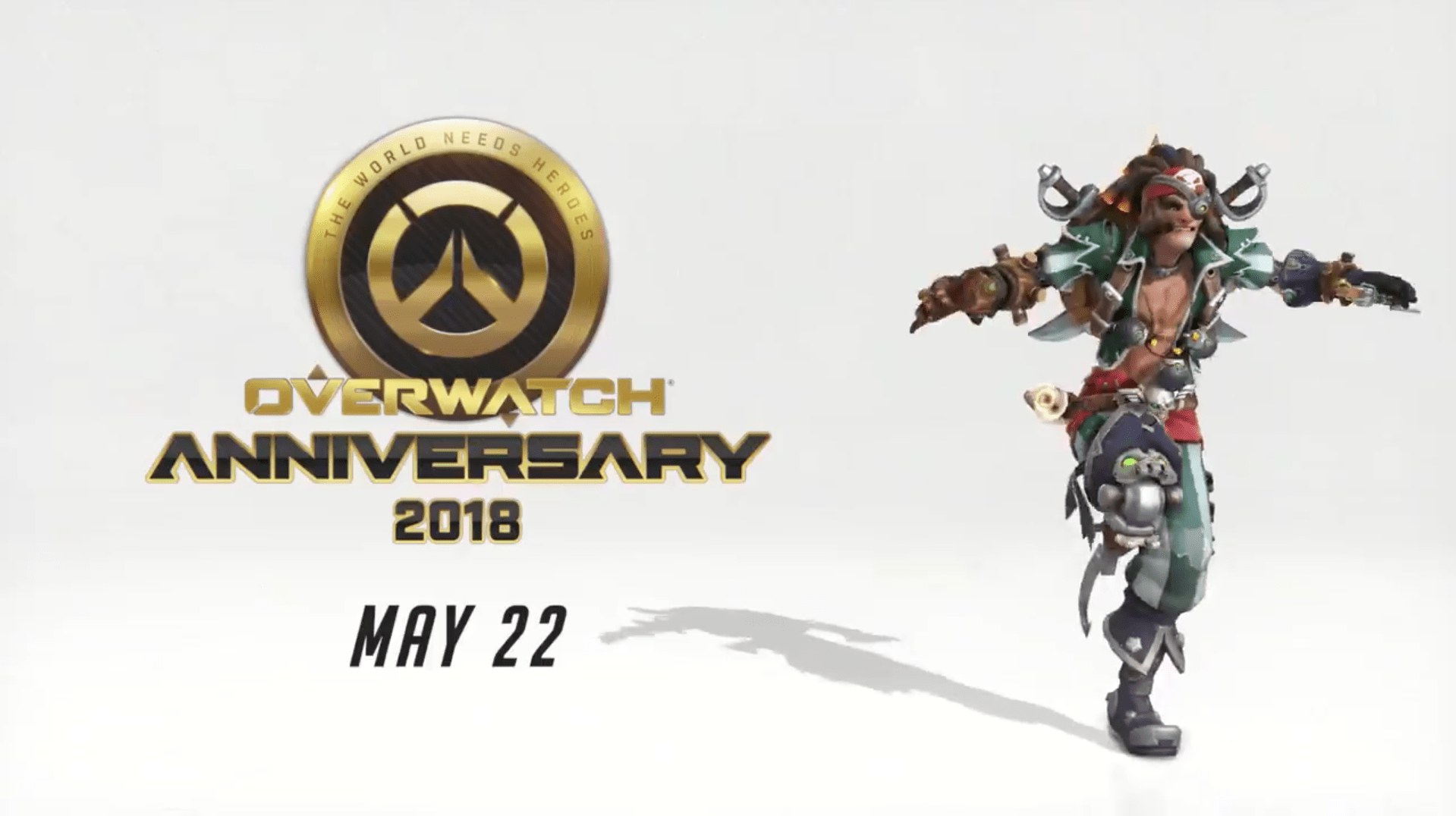 The two-year anniversary of Overwatch is coming up, and to celebrate the team at Blizzard has a few treats in store. From May 22nd through June 11th, gamers on the PC, PlayStation and Xbox One only have to log into Overwatch to participate in the event. The anniversary event will also be playable on Overwatch's free weekend, from May 25th to May 27th. PlayStation users will not be required to have a Plus account in order to play during the free weekend.

You'll have a brawl!

Past brawls and cosmetics are back for Overwatch Anniversary 2018.

The celebration begins May 22! 🎉🎂 pic.twitter.com/C58AFSvfOs

There's a lot to enjoy with this anniversary celebration, from new content to a new Deathmatch map. In addition, you will also be able to access most past seasonal cosmetic items and brawls. You can also access over 50 new cosmetic items, including eight legendary skins and three new epic skins, and new dance emotes.

The Deathmatch map is called Petra, and it will have a "Competitive Mode," that will have placement tiers, leader boards and skill rankings. Additionally, anyone who logs in during the anniversary period will be treated to a free Legendary Anniversary Loot Box, which is guaranteed to have a minimum of one Legendary item. If you decide to buy the 50 Loot Box Bundle, you'll receive an additional Legendary Anniversary Loot Box for free. Previous seasonal loot will also be included in Loot Boxes during the anniversary event.

Finally, a new version of Overwatch will be out on May 22nd. It's called the Legendary Edition, and it will include a total of 15 skins (including Legendary, Epic and Origin skins) with your purchase.