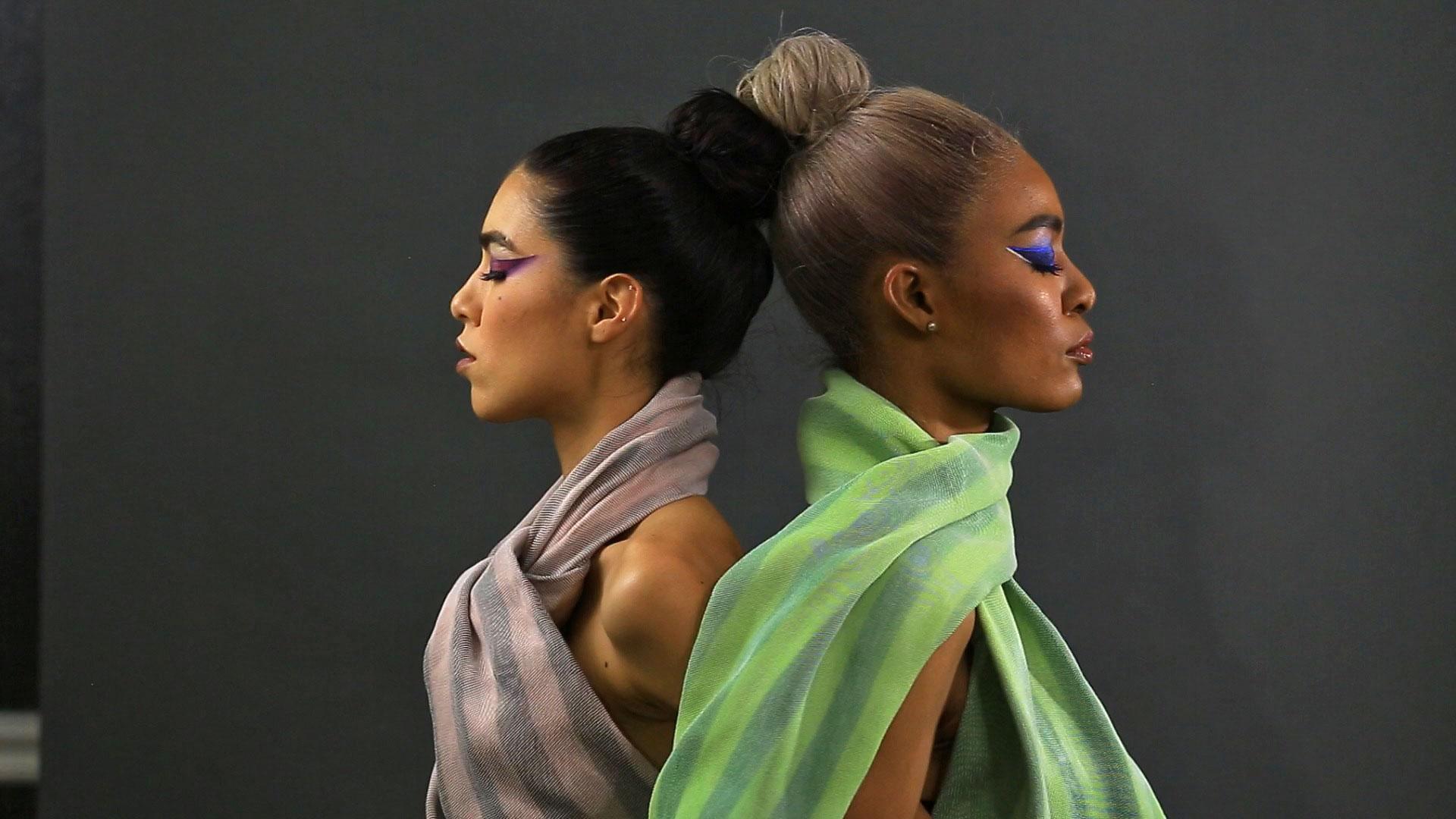 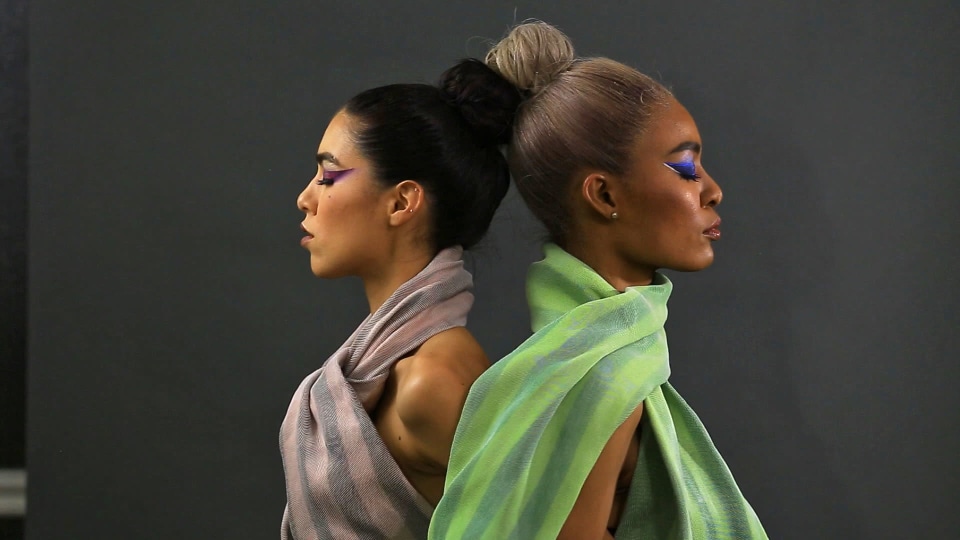 The debate over whether "the dress" is blue and black or white and gold now has a third answer: it can be both. At least it is when using a new color-changing fabric developed by a team from the College of Optics & Photonics (CREOL) at the University of Central Florida. This chameleon-like cloth is embedded with micro-wires that can shift the color of individual threads based on the amount of electrical current running through them. This technology differs significantly from existing light-up apparel in that it does not generate luminance from embedded LEDs but rather the fibers themselves. Each strand is wrapped around a super-thin piece of metal. As the amount of electrical current running through that wire modulates, its temperature rises and falls slightly. Specialized pigments within the threads react to these temperature differences and change color. The entire process is controlled via a smartphone app.

I was afforded an opportunity to get my hands on the color changing cloth during a demo last week. It's interesting stuff and definitely didn't operate the way I expected it to. I was assuming it'd either work like the HyperColor products of my youth or at least snap between patterns like an electronic billboard. In reality, the material worked like a combination of the two. When adding stripes to the tote bag in the image above, the pattern didn't immediately snap into focus Rather, it sort of bled in, the same way HyperColor's thermochromatic dyes gradually changed color. Once the pattern had fully emerged, however, the material maintained its appearance precisely -- no flickering or color bleed at the edges -- much like an e-ink display. The material is still in its early development stages and does currently have a number of limitations. For one, each strand can only shift between 2 and 4 distinct colors, we're not going to have Technicolor Dream Coats in the immediate future. Also, while the material is both machine washable and can be ironed, it is still quite coarse -- akin to canvas or heavy denim. The UCF team is working with local manufacturers to further reduce the dimensions of the thread and create softer, more comfortable woven materials. What's more, the color-changing fibers can only be woven in one direction so far, either horizontally or vertically. That means the material can display stripes but not yet checks or more intricate designs.

I could definitely see this technology gaining a foothold in popular culture in a way that HyperColor never could. You can conceivably replace an entire closet's worth of suits, shirts, sweaters, and hoodies with one or two each made out of this stuff. You'd never have to buy another Ugly Christmas Sweater, just program a new design each year. And given the fashion industry's recent focus on personalizable mass-produced products that exude technology as much as they do style, programmable cloth seems to be manna from heaven.

Despite its current limitations, the material can be mass produced and for not a lot more than conventional fibers. The CREOL team is currently in talks with potential industry partners to bring the material to market within the next few years.

In this article: colorchange, CREOL, design, gadgetry, gadgets, hands-on, hypercolor, smart, smartmaterial, TL18DZN, tomorrow, UCF, UniversityOfCentralFlorida
All products recommended by Engadget are selected by our editorial team, independent of our parent company. Some of our stories include affiliate links. If you buy something through one of these links, we may earn an affiliate commission.