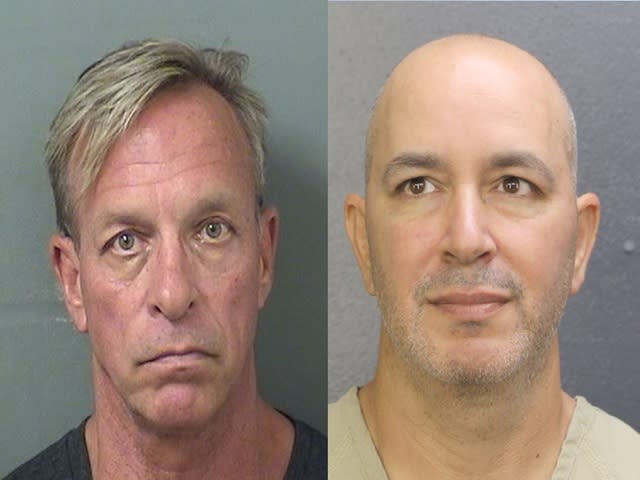 Four men allegedly behind the website Mugshots.com have been arrested and California Attorney General Xavier Becerra announced charges of extortion, money laundering and identity theft. The website mines information from police department websites, pulling names, mugshots and charges of those who have been arrested, and then publishes them online. To get the content taken down, individuals have to pay a "de-publishing" fee -- a practice that has been illegal in California since 2015. Becerra's office says that over the course of three years, the site collected more than $64,000 from California residents and over $2.4 million nationwide.

"This pay-for-removal scheme attempts to profit off of someone else's humiliation," Becerra said in a statement. "Those who can't afford to pay into this scheme to have their information removed pay the price when they look for a job, housing or try to build relationships with others. This is exploitation, plain and simple." In some cases, the website published booking photos for people whose cases were overturned or were never even charged with a crime. California officials were issued search warrants to access information from Google, DreamHost, Amazon, Yahoo, TransUnion, Comcast and Bank of America, records from which linked the four men to Mugshots.com and its sister site Unpublisharrest.com.

Two of the men -- Sahar Sarid (above, right) and Thomas Keesee (above, left) -- were arrested in Florida while Kishore Vidya Bhavnanie was arraigned in a Pennsylvania court earlier this week. The fourth individual, David Usdan, was suspected to be in Connecticut and a spokesperson for Becerra's office told Ars Technica that he was in custody as well. California officials are working to extradite the four men.

In this article: amazon, arrest, BankOfAmerica, California, Comcast, Dreamhost, extortion, gear, google, internet, mugshots.com, transunion, yahoo
All products recommended by Engadget are selected by our editorial team, independent of our parent company. Some of our stories include affiliate links. If you buy something through one of these links, we may earn an affiliate commission.