In time for hacking season, the US has no cybersecurity coordinator

John Bolton puts a big “Hack Me” sign on America’s back.

Picture the scene: John Bolton stands proudly against a backdrop of an American flag, smiling beneath his pruriently confrontative mustache, dusting his hands off as befits a man who's just completed a task of wistfully virile middle-management.

John Bolton just eradicated the White House positions (and people) who would stand between the United States and cyberattacks against our voting processes, our infrastructure and the tatters of our democracy. John Bolton grips his red stapler. John Bolton is in his happy place.

Even still, we imagine Rob Joyce is inclined to overlook a Fox employee's lubricatory egress. Rob Joyce was a vocal fan of the humiliating Trump-Kushner executive order to make Jared Kushner the administration's Cybersecurity Commandant. Ajit Pai was Joyce's secret crush; he loved the FCC killing net neutrality, saying, "If you are just are going to have a pipe that lets everything straight through, you are inviting people through your unlocked door." Indeed! Additionally, in Joyce's brief tenure of not doing his job, he cavalierly avoided official hearings to coordinate America's response to Russian cyber-threats — much to the fury of John McCain and bipartisan senators who were trying to develop a strategy for that very issue.

Amidst the backdrop of a cyber Hellmouth opening up beneath the White House, Rob Joyce was supposed to be doing a really important job. At a time when America needs a cyber assistant to the president and policymaker in the White House like we have ones on counterterrorism and homeland security. "The coordinator — a post created at the beginning of the Obama administration — leads a team of NSC staffers who manage federal cyber strategy on everything from election security to encryption policies to digital warfare," explained Politico.

"A memorandum circulated by an aide to the new national security adviser, John R. Bolton," wrote The New York Times, "said the post was no longer considered necessary because lower-level officials had already made cybersecurity issues a "core function" of the president's national security team." Which is huge, if true, because no one else seems to think this.

Before the position was eliminated, John Bolton's deputy, Mira Ricardel, considered picking up the job herself. Because it's like, what, one meeting a week? Sure. I mean, the cyber practically runs itself. Even John Bolton knows this basic fact, as plain as the dated masculinity on his face. That is because John Bolton is a cyber warrior. Over the years in his speeches, appearances on TV and in panels and op-eds, he has argued and pleaded that the US should be aggressively attacking its adversaries in cyberspaces with its "muscular cyber capabilities." Politico wrote, "The point, he said, would be to impose costs "so high that [digital adversaries] will simply consign all their cyber warfare plans to their computer memories to gather electronic dust."

It is amazing that John Bolton knows about electronic dust because John Bolton has no cyber warfare, cyber advisory or cyber-anything experience on his résumé whatsoever. Unless by experience we mean grabbing copies of data harvested from millions of Facebook users via his political action committee's early hiring of Cambridge Analytica. That's right: Bolton's Super PAC got in in the ground floor of that trend, nonconsensually obtaining malfeasant psychological profiles of American voters. Which this week we learned were for voter suppression. Yet Bolton's goal, like with cyber, was war.

The contract broadly describes the services to be delivered by Cambridge as "behavioral microtargeting with psychographic messaging."

(...) "The Bolton PAC was obsessed with how America was becoming limp wristed and spineless and it wanted research and messaging for national security issues," Mr. Wylie said.

"That really meant making people more militaristic in their worldview," he added. "That's what they said they wanted, anyway."

For John Bolton, peace is for pussies. "Bolton is wary of both treaties and international law," The New York Review of Books wrote in 2008. "He quotes De Gaulle's fatuous remark, Treaties, you see, are like girls and roses: They last while they last."

John Bolton is rolling up his sleeves in front of a "mission accomplished" banner, pleased to be part of the Trump administration.

In 2005 Bolton begged to be deputy secretary of state and the Bush administration was like, LOL NO. Instead, the libertarian-conservative became the US ambassador to the UN while openly hating the UN. John Bolton fought against UN provisions to eradicate poverty and "insisted on the elimination of any mention of the Comprehensive Test Ban Treaty, the ICC, and global warming." Like most in Trump's cabinet of unqualified craziness, he believes conservative white men such as himself are a persecuted underclass who deserve revenge. John Bolton will have his day in the sun at the expense of all of us. 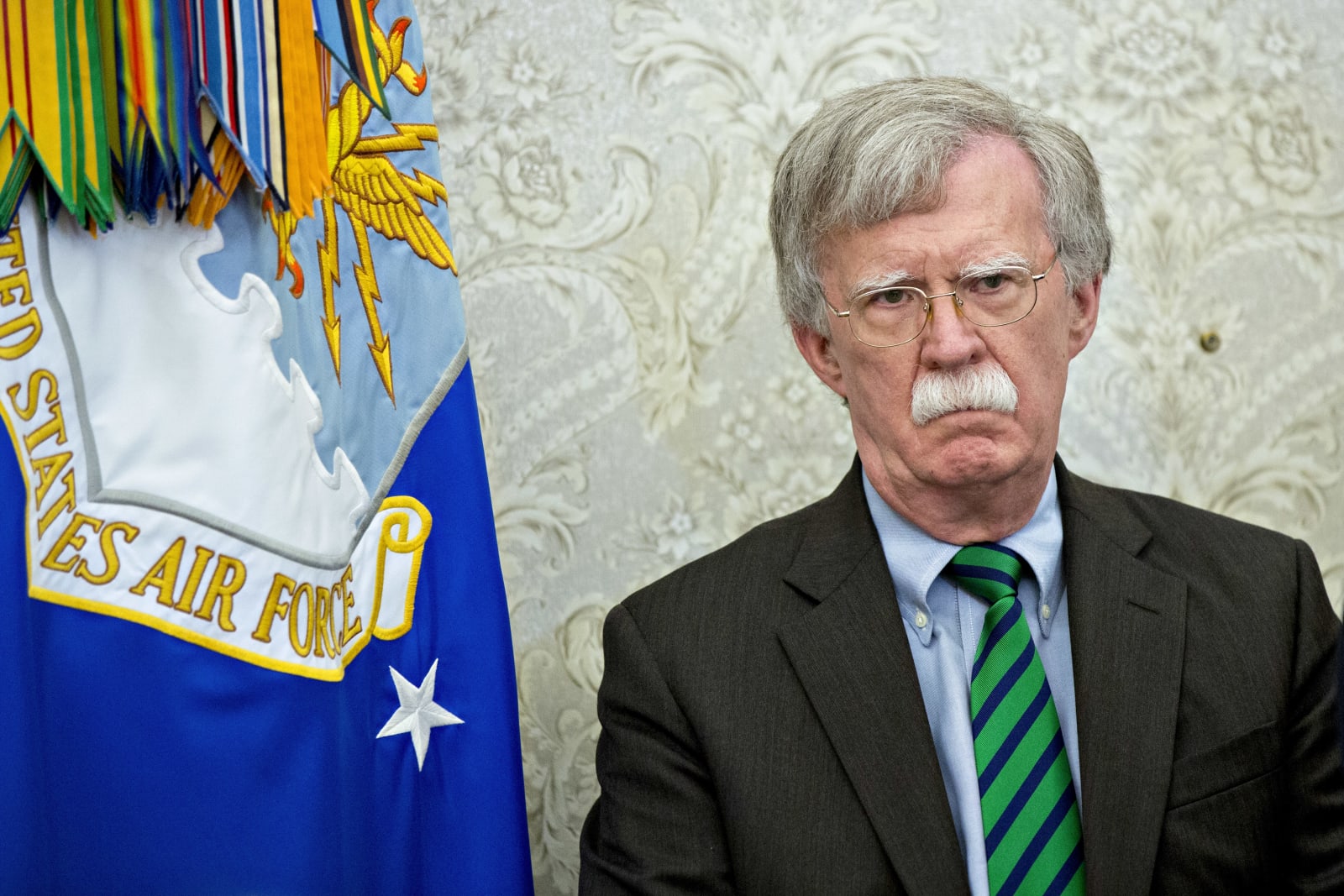 Considering that Bolton is following in classic Trumpian appointee steps by sabotaging his position early, it's probable he'll last about as long as the rest of them. But make no mistake: Also like the others, considerable and lasting damage has been done by his shortsighted hands. While we all sit here waiting to see who's going to manipulate our voting and democratic processes next.

Thanks to John Bolton, the US now has a big "HACK ME" sign on its back. I mean, a bigger one than before. Commenting on America's cybersecurity posture in light of Bolton's hard-on for cyberwar, Michael Sulmeyer, former cyber adviser to Obama's Defense Secretary said, "If you're covered in gasoline, be careful throwing matches."