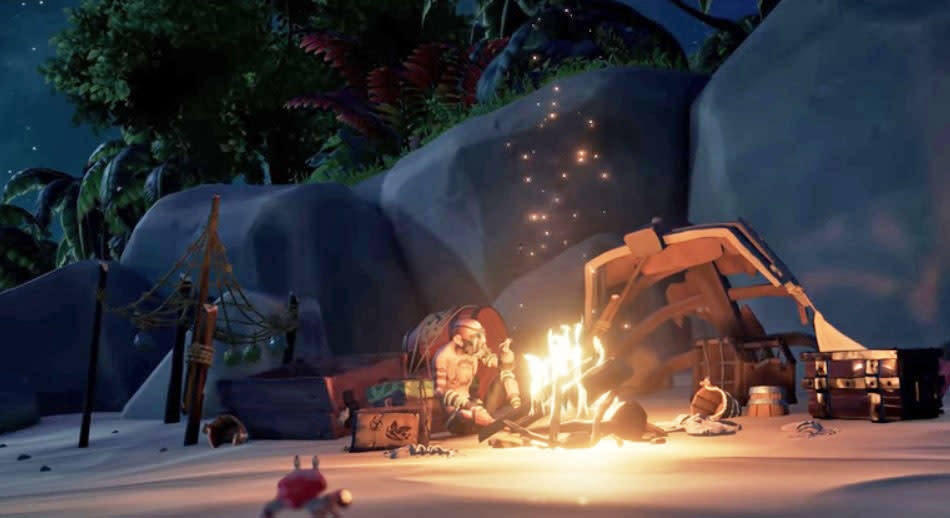 Swashbuckling pirate MMO Sea of Thieves will receive its first major update on May 29th. Microsoft's Xbox team made the announcement on Twitter with a short CGI trailer for 'The Hungering Deep' -- the first of six free expected DLC packs. Of all the criticisms leveled at Sea of Thieves, the most common (apart from bottlenecked servers) seem to be over its lack of content. But that's precisely what developer Rare has pledged to address in continued updates.

Millions of players have already enjoyed the team-based seafaring the game has to offer, but issues like repeated quests and frustrating enemy encounters have plagued the title. This fresh injection of content, however, will apparently introduce new mechanics, a special event, and novel AI threat -- judging by the trailer, ancient mythology and deity worship are key themes.

The pirate narrator explains how people could once invoke fearful sea creatures and offer a sacrifice in exchange for safe passage. This implies other titans might join the Kraken -- the current scourge of the seas -- and the possibility of morally ambiguous rituals. We know that it'll be "a huge adventure", but we'll need to wait until the end of May to find out exactly what it entails.

A new adventure awaits.
The Hungering Deep comes to Sea of Thieves on May 29. https://t.co/aKhb6UaLNn pic.twitter.com/AVmQybNnsf

In this article: av, dlc, gaming, microsoft, mmo, pc, pirate, rare, seaofthieves, xboxone
All products recommended by Engadget are selected by our editorial team, independent of our parent company. Some of our stories include affiliate links. If you buy something through one of these links, we may earn an affiliate commission.