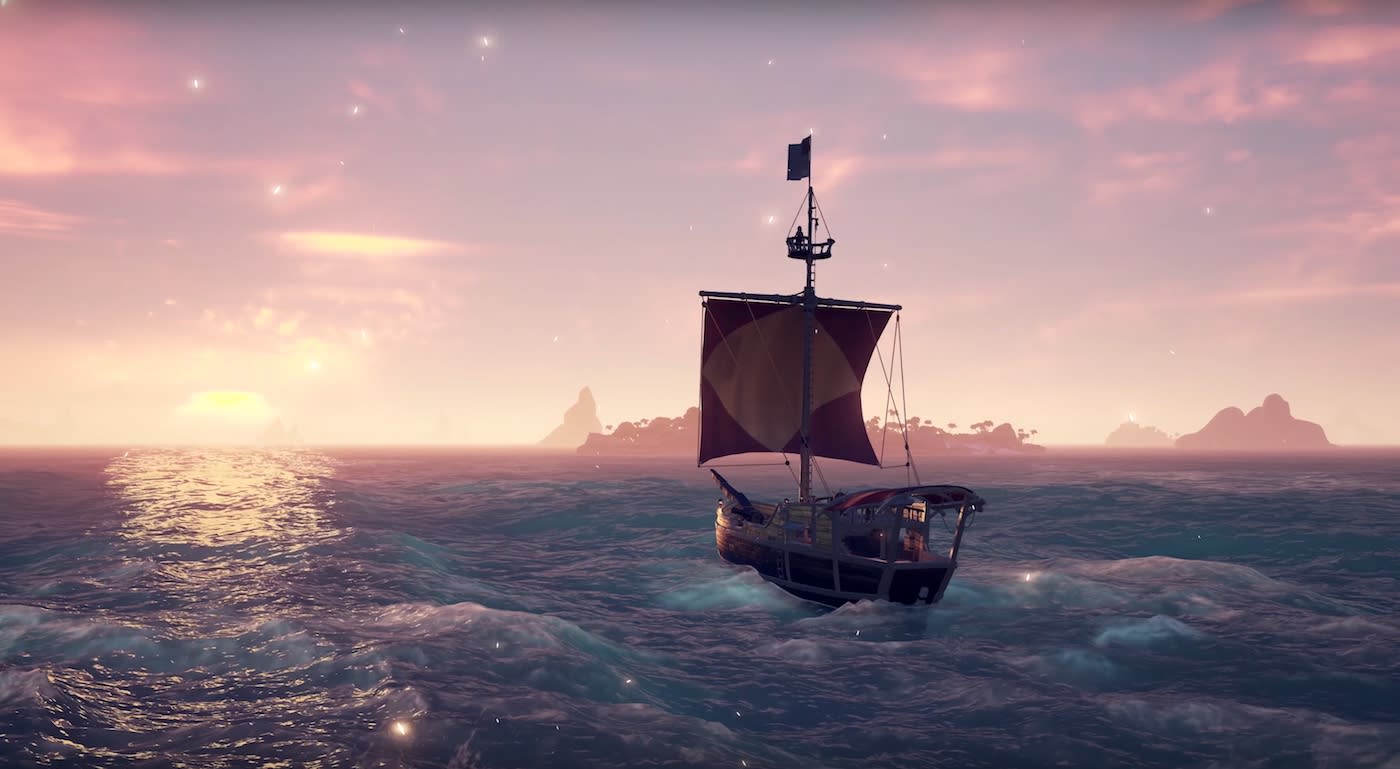 Rare's cartoony pirate simulator Sea of Thieves sets sail for your Xbox One and Windows 10 March 20th. Microsoft's stab at breaking out of its Forza, Gears of War and Halo release cadence can't get here fast enough, and if you're feeling impatient you can preorder right now to unlock some bonus bits. What're those, pray tell? Access to the shared-world's closed beta in addition to some cosmetic items, according to Xbox Wire.

Oh, and the game is also getting a custom translucent purple controller with laser etched "barnacles." It's oddly reminiscent of the Atomic Purple N64 Nintendo released near the end of that console's life-cycle. It's fitting considering Rare used to make games exclusively for the house that Mario built.

So far, there have been multiple alpha tests for the game (deadline to sign up for the most recent one was December 1st), which is a good sign. It's Rare's first stab at something along the lines of Destiny, and there are a ton of moving pieces here. Perhaps unfairly, Sea of Thieves has a lot riding on it. It's Rare's most ambitious game to date, sure, but Microsoft desperately needs a hit as well. And for that hit to not be Forza, Gears of War or Halo related. No pressure here, folks.

In this article: business, gaming, microsoft, mmo, pirate, rare, rareware, seaofthieves, windows10, xbox, xboxone
All products recommended by Engadget are selected by our editorial team, independent of our parent company. Some of our stories include affiliate links. If you buy something through one of these links, we may earn an affiliate commission.